‘I find Hillary Clinton to be a fascinating person’

By Curtis Sittenfeld
Q&A | 5 minute read
Curtis Sittenfeld is the bestselling author of novels such as American Wife, Prep, and Eligible. You Think It, I'll Say It is her first collection of short stories

The narrator of the first story, ‘The Nominee’, in your new collection is a pantsuit-wearing, somehow unlikable, female presidential candidate. Did you read Hillary Clinton’s book What Happened before writing it? How much do you try to research a character such as The Nominee, and how much do you try to stay away from what is known about the woman who may have inspired her?

The American version of the men’s magazine Esquire commissioned this story in spring 2016 – before the 2016 election and well before Hillary Clinton wrote What Happened. I have read many articles about Clinton over the years, and I read her autobiography Living History as research when I wrote my 2008 novel American Wife (which is loosely based on a different inhabitant of the White House, Laura Bush). And I did do specific research for ‘The Nominee’, but I tend to start writing and then figure out where the gaps are rather than doing enormous amounts of research before I begin writing.

What can you tell us about a whole novel that you’re currently writing (if this is still the case), imagining a fictional Clinton after she turned down Bill’s proposals for good?

Alas, I can’t tell you that much because it’s still very much a work in progress. But I find Hillary Clinton to be a complex and fascinating person, and I believe fiction will allow me to explore her in a way non-fiction wouldn’t. I also do not find her ‘unlikable’ – I admire her.

One of your most famous novels is American Wife, which is based on the life of the former first lady Laura Bush. What draws you to these characters? And when you do write fiction that is rooted in the lives of people who really exist, is it easier if you like that person, or dislike them, or a more complicated combination of the two?

I would never write fiction based on a real-life person I unequivocally disliked. It just wouldn’t be interesting to me, and insofar as a fiction writer spends time in the company of her characters, why would I choose to spend time with people I don’t like? But I also don’t think anyone is perfect, so of course I am drawn to writing about flawed individuals.

Fiction can help us remember how complicated and how deserving of compassion everyone is, no matter where we were born or how much money or power we have

This is an excellent question that’s difficult for me to answer. But I do think fiction can help us remember how complicated and how deserving of compassion everyone is, no matter where we were born or how much money or power we have.

And what was it like writing stories, for your new collection, that are so very current and topical?

I didn’t set out to write topical stories. It’s more that I wrote about subjects that captured my attention, and I suppose some of those subjects are timely. Because it takes less time to write a story than a novel, stories can capture the zeitgeist a bit more, but I think if capturing the zeitgeist is a piece of fiction’s primary achievement, that fiction probably won’t be satisfying for very long.

The theme of the stories in this collection is the misunderstandings and misreadings that happen in the gaps between words – about instant dislikes taken and grudges nursed. Many of the stories are about the things we think and do but don’t say. What is it that interests you about this shady side of human nature?

Everything interests me about the shady side of human nature! We’re all rather unknowable to one another, aren’t we? I wonder about the marriages of even, or especially, couples I know well. How do they really interact behind closed doors? Sometimes I pretend to like people I don’t, and sometimes I feel a genuine and profound connection to other individuals, and it’s not always easy to discern if either feeling is reciprocated. Particularly in the age of social media, there can be an enormous discrepancy between the version of the self we offer up publicly and who we really are in private.

Some of these stories (‘The Nominee’… ‘Gender Studies’… ‘Do-Over’) are, explicitly or implicitly, about gender and sexism. In some of them, the rage of the female characters glints from the page. For example, in ‘Do-Over’, Sylvia and Clay are in a restaurant reminiscing about high school, when he beat her to the role of senior prefect. She says: ‘Out of curiosity, before our country decided to elect an unhinged narcissist over an intelligent, experienced, qualified woman – before that, had it really never occurred to you that the senior prefect thing was sexist?’ He later remarks to himself that, since high school, ‘She just turned out weird and bitter.’ But your writing makes clear to the reader that she hasn’t ‘just turned out’ that way for no reason. So how do you write about angry women, in fiction or in your journalism, without the reader losing sympathy for them?

I can’t control how a reader reacts to my work, and I’m at peace with the fact that some people really enjoy my writing and some people don’t. More than I try to elicit sympathy for my characters, I try to make my characters as complex and fallible and contradictory as real people.

What are the different challenges of long-form fiction compared to the process of writing short stories?

Writing a novel means keeping track of, say, 400 pages worth of people and incidents and dialogue. I know firsthand that one can get lost inside one’s own novel-in-progress or struggle to maintain clarity and consistency in events. A short story feels more manageable – more of a snack than an enormous feast. An advantage of the novel is that both the writer and the reader can develop a deep emotional investment in characters after staying with them for a longer duration. It’s harder to create that connection in a short story, but I hope it’s not impossible.

Curtis Sittenfeld’s ‘You Think It, I’ll Say It‘, is published by Doubleday 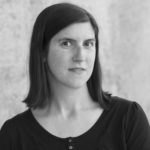 Curtis Sittenfeld is the author of the word-of-mouth bestseller American Wife, which was longlisted for the Orange Prize, as was her first novel, Prep, a New York Times bestseller. Her most recent novel, Eligible, is a contemporary retelling of Pride and Prejudice and was a Sunday Times bestseller. Her books are translated into 25 languages. She is married with two young children and lives in the American Mid-West.
@csittenfeld
Tags :
Q&A Hillary Clinton Sittenfeld Trump US election

Knitting up a revolution

When fiction met Brexit and Trump...