Looking after yourself in the landscape

There is a certain dualism to the way in which humans seem to have framed both nature and their role within it. On one side of the coin is the human genius in control of nature, and on the other, the human ant with little or no control.

The first is steward and farmer. Here we have women and men evolved, or even created, to tame, order and direct the natural world. This is mankind holding the natural world in the palm of its hand like the talented genius in a family; the one, the favourite, the beloved, who can achieve almost anything from quantum computing to intergalactic travel, stepping over the natural order and effortlessly bending it to his will as he goes. This rendering, for example, places at humankind’s fingertips the terrible power to destroy or conserve earth’s rich biodiversity but still, it is humankind powerful and humankind optimistic.

The other idea is of man the ant. Here we see the small figure of a human pitted against the crazy and endless size of nature; not just our earthly horizons but the play of an infinitely large universe with endless versions of itself stretching out to beyond any concept of the finite. We see this man in romantic paintings, with vast horizons and tiny anthropomorphic figures somewhere on the canvas if you look hard enough. As Wordsworth shifted the zeitgeist away from the anthropomorphic and into the natural world we see the beginning of man the ant; man no longer the reference point for everything else. We see it also in the apathy of romanticism and in the opium dens; lost, in some cases seemingly willingly, against the backdrop of our uncontrollable smallness. This is man the pessimist; but in his hopeless smallness there is an aching beauty, a refusal to be other than his or her self, a determination to remain human even if it must be on the terms of an entirely stripped inheritance.

Gardens can soothe the mind and heal the soul . . . But nature feels quite different if you are hiding from a tropical storm in a small tin shed

In truth these two positions create a spectrum and our personal experience of nature can swing between them. If you are standing beside a billowing herbaceous border and a bee drones past and the grass is growing and the hope of harvest can be smelt in the air, nature feels optimistic. Gardens can soothe the mind and heal the soul in just this way. But nature feels quite different if you are hiding from a tropical storm in a small tin shed or struggling to get under the table whilst the ground below you shakes. Here then is our spectrum.

Wordsworth opens the door for man to grow smaller as the natural world grows bigger. Most people are familiar with Wordsworth’s famous cloud moment, but the full first stanza reads;

I wandered lonely as a cloud

That floats on high o’er vales and hills,

When all at once I saw a crowd,

A host, of golden daffodils;

Beside the lake, beneath the trees,

Fluttering and dancing in the breeze.

Self is immediately rendered as small and fleeting against the backdrop of a gargantuan landscape. The landscape has real grandeur and scope. The poet’s attention is drawn not by a crowd of people but a crowd of daffodils, whose scale he celebrates; ‘Ten thousand saw I at a glance’ and ultimately the poem returns only to the poet as he confesses in the final stanza that when stripped of company his joy is locked within that very same crowd of daffodils. 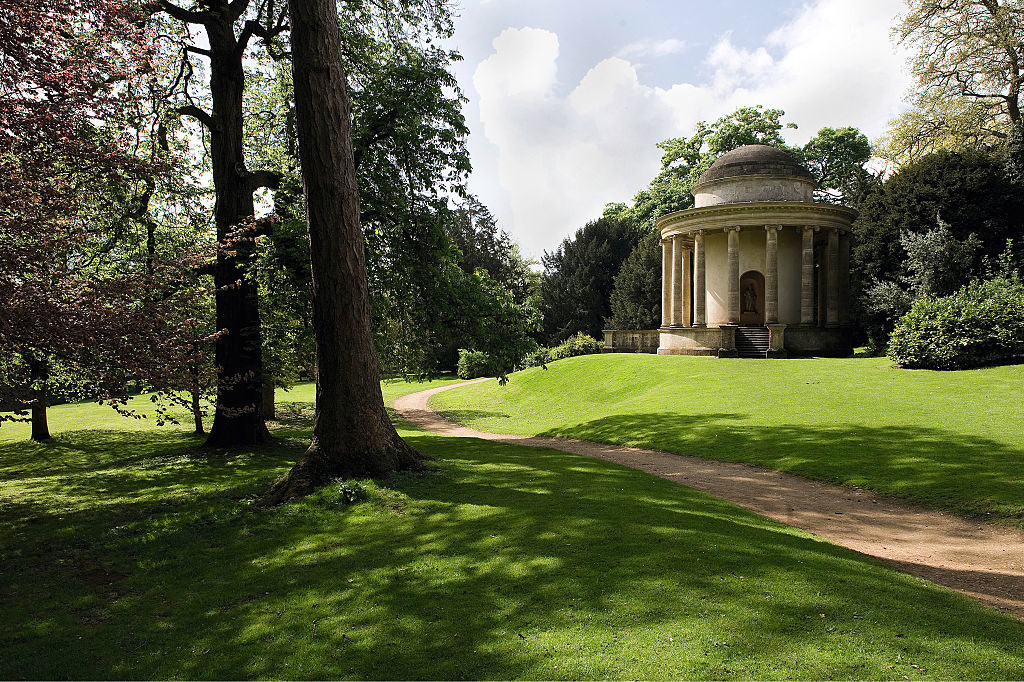 Something of this sense can be found in the great Romantic landscapes created on English estates during the eighteenth century, such as at Stowe in Buckinghamshire, where I lived for five years when at school. Stowe was built to project Whig power, and specifically the power of the first Lord Cobham, a man fortunate enough to count Lancelot ‘Capability’ Brown as his head gardener. Brown was working before Wordsworth picked up a pen but not that long before, and in his work (such as the Grecian Valley at Stowe) you can see a celebration of the size and scope of the natural world, just as you can in Wordsworth’s poems. Man is no longer set as the sole organising energy; something bigger and wilder had sneaked in.

Of course, both ends of the spectrum, man the genius or man the ant, speak to our identity and our hope for psychological integrity and wellbeing. They address what our role might be and whether there might be such a thing as purpose around which we can wrap ourselves. I find psychological relief at both ends of the spectrum. The emptying of self that attends the recognition that we truly aren’t the centre of the universe can bring a relief all of its own; it can encourage acceptance and surrender and create an opening for hope, but it does nothing if you are trying to grow vegetables.

As gardeners we know that the possibility of a kitchen table groaning with food requires more than the attention of a lonely cloud. In fact, the production of food creates a hope all of its own; it invites us into a collective struggle where progress is not just possible but desirable, to a place where we must be active participants not simply passive observers. It is unsurprising that the vogue for naturalistic and wild planting (something I am very much in favour of) nonetheless rarely finds its way into the vegetable patch. Vegetable growing is a place where some sort of order must prevail and a place where we must remain determinedly optimistic. 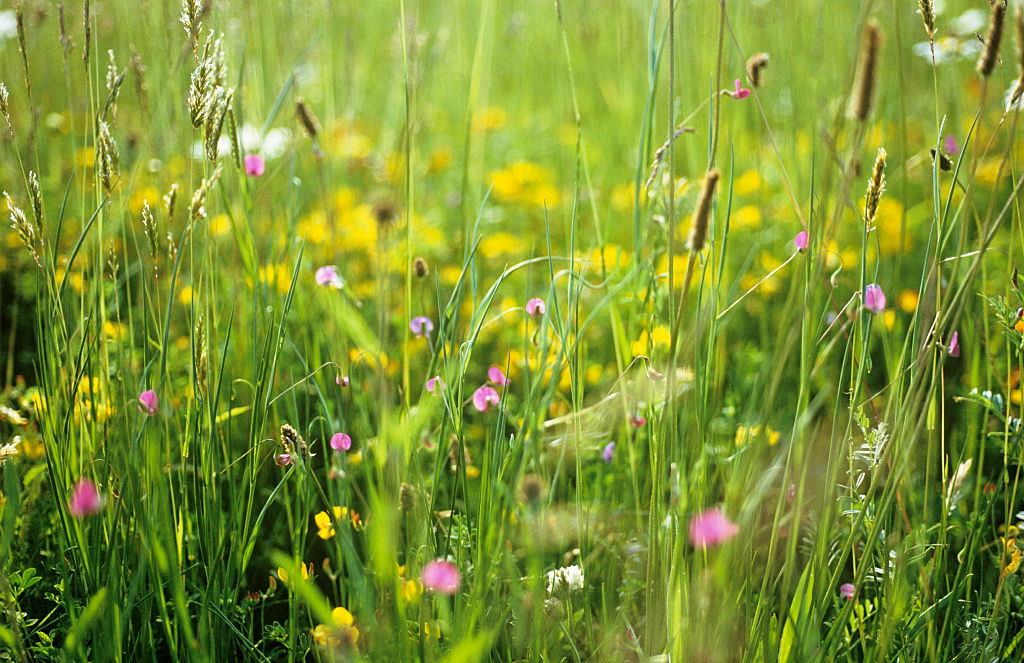 Both ends of this spectrum have been and are continuously represented and reinvented within garden design. This is because our gardening can be directed either towards letting nature in or hemming it out. The current vogue for wildflower meadows is in a sense Romantic, in that it maximises (or is supposed to look as though it has maximised) the role of nature over human intervention. This it often achieves in a way that the garish designs of municipal planting schemes do not! In fact, the history of garden design is in some sense a jostle for control between the two poles of our spectrum. The rigorous organised and productive gardens at Versailles spoke to progress, power and provision. French gardens and many English gardens too were super organised, entirely dominated; like inside outside. It took Brown to change all that, in what I consider to have been an essentially Romantic imaginative effort.

Brown used water, thickets, trees and vistas as a sort of grammar. Even so, it was about celebrating nature not admonishing it; and it was totally different from gardening to that point. What of the ancient gardens, those lost in prehistory? What of the great garden archetype, Eden? It always surprises me how modern people assume too quickly that the ancients must have been basic simply because of the time that separates us from them. They thought deeply and they certainly gardened avidly too. God could have placed Adam and Eve in a palace (the ancients knew about palaces) but wanting the best for them he placed them in a garden. A priori that tells us what the ancients thought about gardens.

But via the infamous tree, Eden pointed away from itself to something ‘other’. The fruit of the tree was forbidden not arbitrarily but because it carried with it the knowledge of good and evil. In other words, the garden of Eden points straight back at us; at our ability to wreak either havoc or joy. The talented genius after all? Perhaps, but the tree teaches us something else too.

Eden reminds us that whoever did or didn’t make the universe, it certainly wasn’t us. Whether you consider the universe to be the luckiest cosmic accident imaginable or the work of some moving force that by definition must therefore be described as a creator, it doesn’t alter the fact that creation predates us. It is something we got for free, something we didn’t have to work for, something given not made. This has a moral implication because if I have not made the created order (and I manifestly haven’t) I have no right to wreck it before a future generation has the chance to receive the gift.

Surrender is a mysterious transaction that draws together the Romantic and Versailles, smallness and progress

At its most basic level this proposition also accounts for the awe I feel when I look up at the vastness of the heavens or down at the absurd and comforting miracle of a single blade of grass. If all the universe contained was a single blade of grass would it not be miracle enough? For who amongst us could conjure even a single blade of grass from an empty universe? This sense of the wonder that is all around us, and of our nakedness before it, has helped me; it has helped me to surrender and find myself still standing on the other side of the surrender, but it has helped me grow vegetables too. For me surrender is a mysterious transaction that draws together the Romantic and Versailles, smallness and progress. No seed will grow until it is given to the earth, but seeds will grow. I can co-operate with nature, I can influence it to a very limited degree, but at the same time I am small before it. Living this, as opposed to merely thinking it, catches our two poles and draws them together in a merry dance; the optimistic genius with the pessimistic ant. Like the best gardens, it takes us to a place that is integrated and useable. It takes us to a place where there is both surrender and progress; where it is possible to be both lost and found; to a place of mental wellbeing, for me at least.

Charlie Hart is an author and gardener who read Theology at Cambridge University. His book Skymeadow: Notes from an English Gardener (Constable) explores what his garden has taught him about concepts of human identity and mental wellbeing. 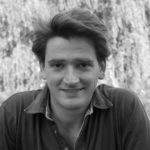 Charlie Hart read Theology at Cambridge University and now writes about gardening and nature. He lives in Essex with his wife Sybilla and their four children. Skymeadow is his gardening memoir which celebrates the healing effects of nature on mental health.
Tags :
Essay gardening gardens mental health Romanticism wellbeing Wordsworth

How does it feel to be sectioned and sent to a psychiatric ward for life-threatening depression?

Battles against hope: philosophy in prison

A writer spent some time talking philosophy with prison inmates.