I have a notebook habit that is nothing short of unseemly

By Emma Pusill
Q&A | 5 minute read
Emma Pusill on writing in B-road laybys, on sun loungers, and in all the swimming pool spectator galleries in the south west of England

I wrote the first draft of my half of The Lido Guide on a poolside sun lounger in Tenerife. You have no idea how much I wish I could say that was standard practice. I’m more likely to be squeezing it in wherever, and whenever, I can. A layby on a busy B-road in Essex was a particular high point, and I don’t think there’s a swimming pool spectator gallery in the south west of England where I haven’t squeezed out a few words. The pleasures of parenting a swimming child know no bounds. The most comfortable seats are at Hengrove, in case you’re wondering. But these places could really do with wifi and power sockets. And air-conditioning!

The Collected Poems of A.E. Housman. There’s a great deal of darkness in the work, but also pinpricks of emotional light and an exquisitely detailed sense of time and place. I don’t have much time for theatre or film, but a few months ago I took my daughter to see Lazarus Theatre Company’s production of The Tempest. It was an imaginative, creative and pared down show that managed to have a lot to say about modern life. That reignited a fallow interest and I’ve followed up on that by seeing The Barbershop Chronicles at Bristol Old Vic. Big issues, big emotions, big stage presence and a diaspora connected by barbershop conversations across continents. I can’t recommend it highly enough.

My science-fiction short story won the praise of an English teacher I much admired … 35 years later I can picture her handwriting on the exercise book; left-leaning with curved uprights

I read voraciously, and indiscriminately, as a youngster. Every single word of that has marked and shaped me. From the first books I remember reading to myself – the Jennings books by Anthony Buckeridge, to the most delightful, and sometimes baffling, books I lifted from parents’ shelves – chief amongst which were the works of Graham Greene.

An exercise book. When I was about 13, I wrote a science-fiction short story at school. It won me the praise of an English teacher I much admired called Jude Brigley – 35 years later I can picture her handwriting on the exercise book; left-leaning with curved uprights. I very much wanted to be a writer from that moment on, but it was an idle fantasy and I never entertained the notion as a reality. So finally getting around to it is a sheer delight.

Pen and paper for the seemingly interminable lists that govern my life, and for pleasure; I have a notebook habit that is nothing short of unseemly, although my handwriting can be wayward, and I sometimes struggle to decode it. Laptop for convenience on the move, but for chunking out the words I prefer the iMac. My increasingly decrepit back thanks me for sitting at a proper desk. And there’s somewhere to put a cup of decaffeinated Earl Grey. Very rock and roll, I know.

Life is, generally, too short for re-reading. But a few years ago I re-read Farley Mowat’s The Boat Who Wouldn’t Float while travelling the coast of Newfoundland, where much of the tale takes place. I’d originally read it some 30 years earlier on the opposite coast of Canada, while a student at Lester B Pearson United World College, and it captivated me. So finally reading it while part of the coastline and communities it describes felt like a privilege.

The hero rosette goes, without question, to Getafix the druid. As is so often the case in life somebody else took all the credit – namely Asterix. But without Getafix’s magic potion he’d have just been a small man with a smart mouth and grandiose taste in hats. The villain rosette would be pinned, or possibly stapled, staked or speared on Patrick Bateman of American Psycho. One can only imagine what Brett Easton Ellis was putting on his cornflakes when he wrote that character.

Last summer, only to find it closed due to reduced opening hours. The Big Society, and all that. Since then I have been again, but to vote rather than borrow a book. I used to take my daughter very regularly, when she was small, but we drifted out of it. It’s a habit we should resurrect; we’d both benefit from it, I think.

None. I’ve never felt embarrassed if I’m less well-read than someone else. Primarily because I am almost certainly less well-read than many. And it seems to me that the jury is still out, with no intention of coming back any time soon, on the question of what constitutes a ‘classic’.

I’m British, so I’ll give you the ‘lift’ pitch:

Ask me which my favourite pool is at your absolute peril, and only if you have three hours to spare

Two women make it their quest to find, and swim in, every publicly accessible lido in the UK. The journey is hallmarked by inaccurate information, hastily dispensed bribery sweeties for children disappointed to find the pool closed, after a hot and sweaty 3-hour drive, and the gradually dawning realisation that people like them need a guide book for the sake of sanity and family harmony. A book that will tell them, before they even leave the house, how to find pools, discover whether they’re open and whether they need to put 20p in the meter for the shower before soaping up. A book packed full of photographs, that will be as beautiful as it is practical. The Lido Guide is that book. Ask me which my favourite pool is at your absolute peril, and only if you have three hours to spare.

Want more great Boundless essays in your inbox every Sunday? Sign up for the free, weekly newsletter, here. 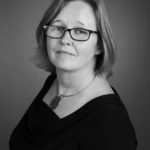 Emma Pusill is a lido enthusiast who is currently a volunteer at Portishead Open Air Pool. She is a keen swimmer, who prefers the sun on her back when in the water, and she is fascinated by the individuality of outdoor pools.
Tags :
Q&A lido outdoor pool swimming

Swimming together – the new community

A writer found solace in swimming after nearly a decade of living with an anxiety disorder.