read on
Circe by Burne-Jones, circa 1901 (Photo by The LIFE Picture Collection/Getty Images)

A modern witch in an ancient world

By Madeline Miller and Isobel Kieran
Q&A | 8 minute read
In her last, award-winning book, the novelist and classicist Madeline Miller reworked the 'Iliad' to place gay love at its heart. This time, she has dramatised the life of a fierce female character from the 'Odyssey'. She talks about putting Circe centre stage and giving Odysseus the cameo role

Isobel Kieran: Your first novel, The Song of Achilles, focused on the relationship between the legendary Trojan hero and his close friend and lover Patroclus, and you’ve talked about your fascination with the scene in which Achilles is overcome by grief at Patroclus’s death, which planted the seed of that book in your mind. Was there a similar pivotal moment for Circe that made you want to focus on her in this next book?

Madeline Miller: I took an intensive class on the Odyssey in college, and when we came to the Circe episode, I remember being struck by what an unfairly bad reputation Circe has gotten. Generally, she’s remembered as a malicious and seductive witch who traps Odysseus, but that’s not the character Homer actually gives us. Circe does turn Odysseus’s men to pigs, but after her spells fail to work on Odysseus, she turns them back, and hosts Odysseus and his men on her island for a year, helping them heal from physical exhaustion and grief. At the end of the year Odysseus doesn’t want to go – his men have to prod him. And even then Circe helps, giving him vital resources and advice on navigating the dangers ahead.

I was interested in that duality, how she is both menacing and benevolent. I was also fascinated by her mystery. Why is she turning men to pigs? How did she come to such powers? And what happens to her when Odysseus leaves? Homer never tells us. Even though she’s a memorable figure, she’s only a cameo in the male hero’s story. In my novel, I wanted to flip that – to set Circe at the centre of her own epic, and make Odysseus the cameo. After all, Circe is plenty interesting in her own right. She is the aunt of the Minotaur and Medea, she knew the monster Scylla when she was still a nymph, and as a Titan daughter of the sun-god Helios, she’s related to practically all the major gods. And of course, she’s the first witch in Western literature – she literally invents her own power.

IK: Like your first book, this one fleshes out the personal evolution of the characters with whose exploits we have come to be so familiar – what was your method when you began writing? Were you led by the character arc of the story, or did you start by stringing together all of the complex existing mythical events that come to create the chain of cause and effect? 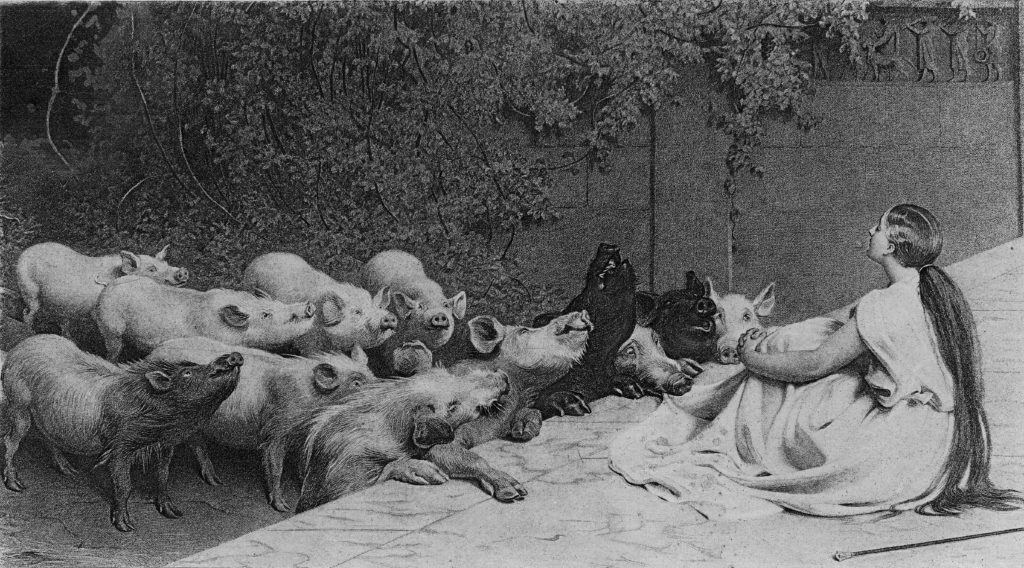 MM: I had Circe’s general character arc in mind from the beginning. I saw her story as a parallel in many ways to Odysseus’s in the Odyssey. Just as he yearns for home, so does she – except Circe doesn’t have a specific place to set her sight on. She must first understand what that home would look like, before she can find it.

After I had that, I began stringing together the myths I planned to use, shaping them around that story of growth. As with The Song of Achilles, there were a few myths that just didn’t interest me, and I left them out. There were also a number of myths that I included but deliberately pushed back against, telling them from Circe’s perspective, instead of following the traditional heroic version.

IK: Appearances from women were frequent in Greek myth, but often fleeting. In the Odyssey, Circe is depicted as a calculating enchantress, quick to turn Odysseus’s men into swine for sport – but in this modernised version of the story, you suggest that her actions are, on the contrary, an absolutely legitimate act of self preservation. Did you choose female protagonists deliberately to explore in more detail what it meant to be a woman in this world?

MM: Because Homer doesn’t tell us why Circe is turning people into pigs, people have generally presumed that it was just because she was evil – that her reasons were inexplicable. That is a very uninteresting reading to me, and also draws upon the old sexist canard that you can’t understand women. People always have reasons for what they do. And in Circe’s case, I wanted to explore what might have set her so dramatically in opposition to men, and to mortals. The ancient world was a hostile, male-dominated place and I didn’t want to soft pedal that.

As I was in the final round of edits for this book, news stories started breaking every day that resonated with the scenes I was working on—of women who had been abused and silenced, women who had been shut from the halls of power. So many of these issues continue to be unfortunately very relevant. We’ve come a long way, but we still have a long way to go.

One of the things I loved exploring with Circe is how tragic flaws are also strengths. Circe’s flaws and best qualities are deeply intertwined

IK: The landscape of Aiaia is realised in beautiful detail. Is it informed by any particular real-world locations?

MM: Aiaia is a mixture of Greek islands, islands off the Amalfi coast, and my own imagination. The place that maybe influenced me the most is Prospero’s island in Shakespeare’s Tempest. It too is a place filled with mystery, beauty and magical possibility.

IK: Like The Song of Achilles, this book is very much an exploration of sexuality and manipulation – as seen through the actions of many characters, both mortal and immortal. Is this something you’re particularly interested in?

MM: The gods in the ancient world are cruel and dominating figures, who treat lesser gods and mortals as playthings and prey. Sexuality is certainly an aspect of that cruelty – if you read the ancient myths, they are filled with rape and sexual assault.  Although Circe is a goddess, she’s a nymph, essentially a pawn, with little power beyond her ability to live forever. But through her witchcraft, she is able to demand the right to control her own destiny, sexual and otherwise.

IK: Donna Tartt said of your characterisation of Thetis in The Song of Achilles that it captured the ‘true savagery and chill of antiquity’. You paint a stark contrast in this book between human nature and that of the gods, and of Circe’s unique, all-too-often fragile position with one foot in each world. It’s easy to see our own reflection in the human characters – what aspect of humanity do the gods reflect?

MM: For me, the gods reflect what happens to humans when we see only ourselves and our own needs. When we remove ourselves from the flood of life, good and bad alike. The great gods have infinite power, life and resources. They have forgotten what it’s like to want, to suffer, to show empathy, to face all of life’s minor inconveniences. They have forgotten what it’s like to be told no, and it has turned them into monsters, obsessed with dominance and hierarchy, always trying to claw a little higher.

The frightening thing is how real this phenomenon is. Studies have shown that the wealthier and more powerful people become, the less empathy they feel, unless they consciously struggle against it. I see the gods as a cautionary tale.

In the ancient world, heroes are given a vivid complexity: they rage and grieve, they love and offer aid. They are proud, strong, noble, pig-headed… I followed their lead with Circe

IK: Prometheus appears very early on in the novel, in a display of self-belief and endurance that make a lasting mark on Circe. Do you think her unique capacity to endure is sparked by this encounter?

MM: Homer tells us in the Odyssey that Circe speaks like a mortal. This was a cornerstone of her character for me. Not only is she a lesser goddess, so low in the divine hierarchy that she’s practically human, but she has this strange human voice. In other words, she is an outsider, with a foot in both worlds, trying to understand each. I think that Prometheus helps reveal something within her that’s already there. He inspires her, but she is ready to be inspired.

IK: Speaking of humanity, the influence of elements from Greek tragedy seemed deeply interwoven within the fabric of the book itself; what Aristotle called ‘hamartia’ and ‘peripeteia’ in particular. Were you consciously referring to these theories when you were writing, or do you think they were naturally occurring elements of the story?

MM: I think they were naturally occurring! In the ancient world, heroes are given a vivid complexity: they rage and grieve, they love and offer aid. They are proud, strong, noble, pig-headed… I followed their lead with Circe – I wanted to give her the space to be just as flawed, potent and virtuous as they are. So those elements were baked into the story, since the lives of ancient heroes were my touchstones.

IK: The Greeks were also interested in the tragic flaws inherent within heroism. What do you think are Circe’s tragic flaws?

MM: One of the things I loved exploring with Circe is how tragic flaws are also strengths. Circe’s flaws and best qualities are deeply intertwined. She is stubborn and persistent, which leads her to her witchcraft, but also causes her to persist where she would do better to move on. She is impulsive and passionate, which helps her to reach out to others, but also causes her to make terrible errors in the heat of the moment. By the end of the novel, Circe hasn’t eradicated these parts of her personality, but she has learned better how to harness them. 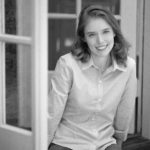 Madeline Miller is the author of The Song of Achilles, which won the Orange Prize for Fiction 2012, was shortlisted for the Stonewall Writer of the Year 2012, was an instant New York Times bestseller, and has been translated into twenty-eight languages. She holds an MA in Classics from Brown University, and has taught Latin, Greek and Shakespeare to high school students for over a decade. She has also studied at the University of Chicago’s Committee on Social Thought, and at Yale School of Drama. Her essays have appeared in publications including the Guardian and Wall Street Journal (Photograph by Nina Subin)
@MillerMadeline 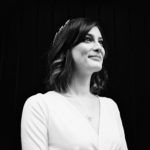 Isobel Kieran is Unbound's Art Director and has been on the book-making team for six years, also editing More Letters of Note, Shaun Usher's follow-up to the bestselling Letters of Note. The Bookseller magazine made her one of their 2014 Rising Stars. Previously she worked for The Reading Agency, an organisation working to make reading accessible via literacy and library outreach programmes. She studied Classics at Royal Holloway and 21st Century Modern Literature at Goldsmiths University.
@isobel_kieran
Tags :
Q&A Circe Greek myth Odyssey Sexuality Women