Is Sally Rooney the heir to Doris Lessing? And what does it take for a woman to be free?

By Lara Feigel
Essay | 8 minute read
The Golden Notebook: In the first of our two-part series on Doris Lessing's seminal novel, a writer reflects on what it means to be a free woman today and how 'everything and nothing seems to have changed' since then

When I think of the term ‘free woman’ I think of Anna Wulf in Doris Lessing’s 1962 The Golden Notebook. It’s harder for us now to use the term than it was then, but even in Lessing’s novel, the phrase is semi-ironic. Anna may be prepared to style herself as a ‘free woman’, but she knows that she’s not nearly as free as she might like to be. ‘They still define us in terms of relationships with men, even the best of them,’ she complains. But this is just what she does herself as well. And when her friend Molly announces that ‘we’re a completely new type of woman’ Anna can only respond, disenchanted, that ‘there’s nothing new under the sun’.

My own book, Free Woman, is a memoir that takes the form of an investigation of freedom in Lessing’s life and work, and its title was semi-ironic as well. I was fully aware that I was considerably less free than Lessing was. She abandoned two small children for communism; she lived close to poverty for years as a writer; she cut herself off from friends and lovers when they threatened her freedom. I, meanwhile, had a job in a university that I performed diligently and a child I never left for more than a week at a time. I’d been married for ten years, which is twice as long as Lessing’s longest marriage. Yet I wasn’t only mocking myself in asking what it might be like to be a ‘free woman’. I was also chafing against the constraints I felt in my life as a wife and a mother and more particularly those I felt in the surrounding culture of family life. I wasn’t ready, as she was, to sacrifice much in the service of freedom but I did want to know what it might feel like to be more free.

So I spent two years thinking hard about freedom: about what it had meant, enabled and cost for Lessing, and what life might be like for me if I risked more to be free. By the end of it I had come to distrust ‘freedom’ as a word. For a start, it’s meant such different things to different generations. It’s hard now not to associate it with a rather old-fashioned and naïve notion of ‘free love’ – all flower power and dungarees. Or with the Cold War, when both sides claimed to be offering freedom and the Congress for Cultural Freedom was set up specifically to do so. Or with George Bush’s problematic notion of providing freedom for the Iraqis. Even if we can free ourselves of these associations and return to a freer use of the word itself, freedom remains problematic not least because it eludes our grasp. As soon as we escape constraint into the freer territory beyond it, new forms of constraint spring up to prevent us from feeling free. 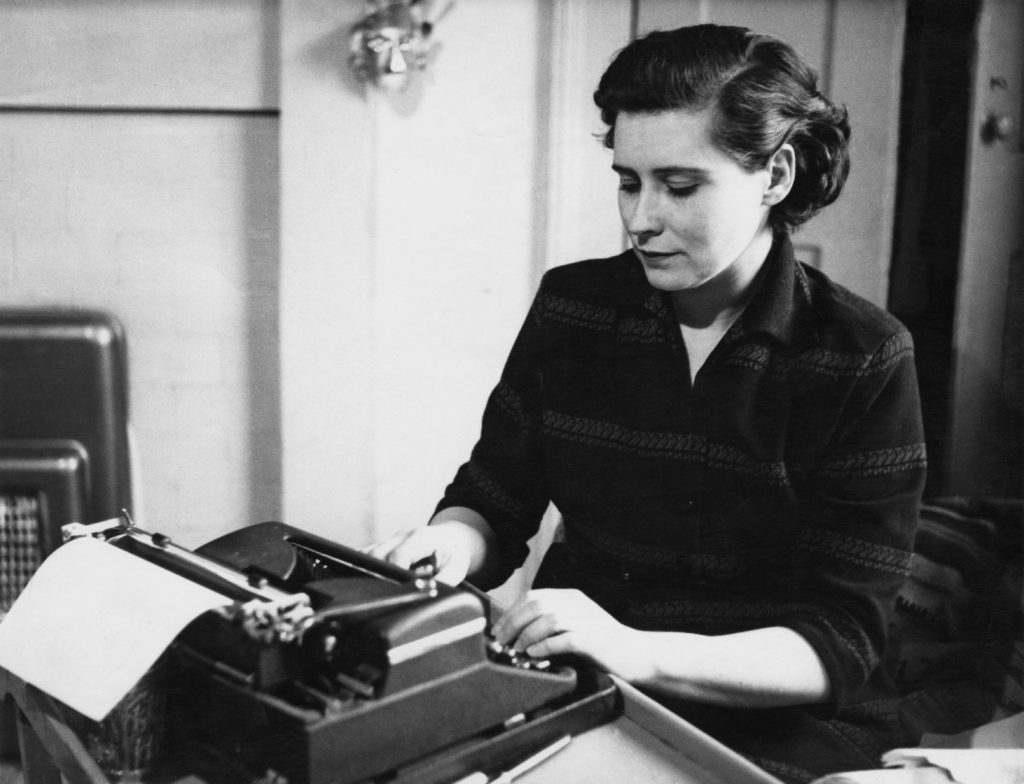 Doris Lessing at her typewriter, circa 1950 (Photo by Paul Popper/Popperfoto/Getty Images)

What I ended up deciding was that the most satisfactory feeling of freedom can be found not in any particular acts but in the structure of our lives. For me, the freest statement in The Golden Notebook, and the one I keep coming back to, is when Anna Wulf states, ‘I am interested only in stretching myself, in living as fully as I can.’ This is a commitment not to freedom as an escape from constraint but as a way of life in which each moment contains all the possibility that it can. But it’s telling that when she says it, she’s talking about writing as well as living. For her, the two activities are always entwined. And living fully is going necessarily to involve finding a way of writing fully. When I realised that freedom was at its best a mode of structuring life, I found that many of the books I admired specifically for offering some feeling of freedom offered both characters who seemed unusually free and a feeling of freedom within the structure of the text itself, and that this wasn’t coincidental.

The Golden Notebook is a great example of this. Anna Wulf may never succeed in being the ‘free woman’ she sets out to be, but she is nonetheless freer by the end of the novel than she is at the start. This is partly because she has allowed herself to break down and there’s a process of breakthrough enabled in the breakdown that is itself freeing. But it’s also because she – and through her, Lessing herself – has found a new form for the novel that allows an unusual fluidity.

By splitting the novel into the ‘Free Women’ sections and the five notebooks (black for Africa, red for communism, blue for the diary, yellow for writing, gold for the breakdown that allows the breakthrough) she enables every aspect of life to be there and enables them to blend, more freely than the structure suggests, with each other. By the end of the book it’s easy to forget which section is which because they all contain a mixture of dreams, newspaper clippings, autobiography and fiction and they often rework the same incidents, facilitating contradictions in what Anna thinks about such incidents from moment to moment and book to book. The formal structure is itself freeing and allows Anna to escape from the very notion of the ‘free woman’ that has turned out to be as constricting as it is liberating.

This intricately formal presentation of a woman freefalling in her own life might tell us something about what it means to be a ‘free woman’ today, with all the terrors and pleasures that it entails

A quick survey of the other writers I admire for writing specifically about women who are, in one way or another, free, reveals that something of this structural freedom occurs in their books as well. Much of the most interesting writing by women in the last twenty years has taken place somewhere on the fluid border between autobiography and fiction and has portrayed female characters grappling with freedom. We could think here of Rachel Cusk’s memoirs, A Life’s Work and Aftermath, where she documented her own attempts to remain free in the face of motherhood and then to free herself from family life through divorce.

And we could think – perhaps more helpfully – of the novels that have followed: Outline, Transit, and soon Kudos, where Cusk breaks down the barriers between the novel and autobiography by creating a curiously affectless narrator who is and is not Cusk, describing the lives of the other people she encounters around her with a forensic distance at the same time as she subjects her own life to such scrutiny. In Transit, Cusk was writing her way into a kind of weightlessness that felt very like freedom, and it was a narrative weightlessness as much as a circumstantial one. Taken whole, this intricately formal presentation of a woman freefalling in her own life might tell us something about what it means to be a ‘free woman’ today, with all the terrors and pleasures that it entails, which are not that far from the terrors and pleasures of Anna Wulf.

On the other side of the autofiction spectrum, we have writers who have incorporated themselves as novelistic personae in memoirs that are primarily about other people, living or dead, with whom they identify, or don’t. These, I suppose, were my models, and certainly I found them freeing. I’m thinking here most of all of Deborah Levy in Things I Don’t Want to Know, Elif Batuman in The Possessed and of Olivia Laing in The Lonely City. All three created forms that mingled genres with such confidence and audacity and all three portrayed an autobiographical narrator attempting to go beyond the confines of the life she was expected to live. When it comes to form, it’s not a coincidence, I think, that Levy is more often a novelist and that Batuman and Laing have both gone on to write fiction that is itself explicitly autobiographical, especially in Laing’s case. In her forthcoming novel, Crudo, she goes as far as not changing the names of the characters in her real life. This is the novel as reportage, but it’s reportage about a free woman succumbing to marriage, and it explicitly combines the personal and the political in a way that takes us back to Lessing. 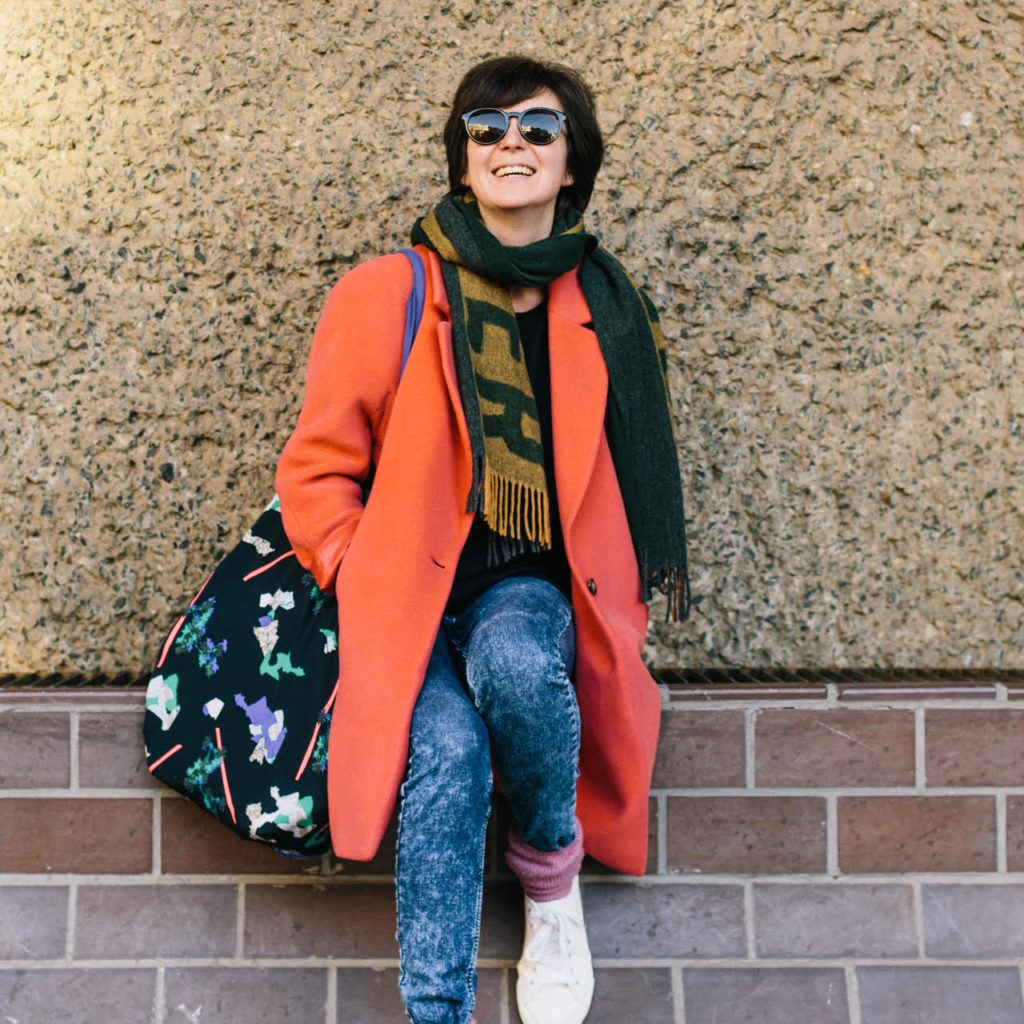 There are other writers I could mention. An important theme in The Golden Notebook is the theme of female friendship. Anna spends much of the novel living with fellow ‘free woman’ Molly, and it matters that they are trying out this new mode of female life together. In this respect they have their heirs in the characters in Sheila Heti’s How Should a Person Be and Sally Rooney’s Conversations with Friends. Rooney in particular, partly because she’s writing about characters in their twenties who have more freedom at their disposal than their older counterparts, makes being a free woman now look great fun, and makes writing about free women seem like a way to usher such freedom into being. So everything and nothing seems to have changed since Lessing brought us, half earnestly, half ironically, into contact with the free woman. And still we have much to learn from Anna Wulf, and much to fear, as we ask ourselves what living fully and what writing fully might mean.

Next Week on Boundless, Adjoa Andoh, Patrick French and Ted Hodgkinson offer their reflections on Doris Lessing’s book in the lead-up to a live reading of the book at the Southbank Centre. 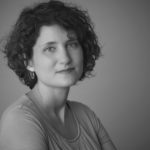 Lara Feigel is an author, literary critic and cultural historian teaching in the English department at King’s College London. Here most recent book, Free Woman, is an investigation of freedom that is part memoir and part biography of Doris Lessing. Her previous books are The Bitter Taste of Victory, an account of the experiences of twenty of the British and American cultural figures sent in to Germany after the war, and The Love-charm of Bombs, about five writers in London in the Second World War. She grew up in London and studied English at Oxford University, going on to do an MA at University College London and a PhD at the University of Sussex. She has been teaching at King’s since 2008 (Photo by Johnny Ring).
@LaraFeigel
Tags :
Essay Doris Lessing feminism Sally Rooney Women