By Sarah Ladipo Manyika
Q&A | 7 minute read
Sarah Ladipo Manyika's novel In Dependence sold 3 million copies after it was published 10 years ago in Nigeria. Here, she tells Boundless what to expect when this love story, set across race, decades and history, is re-published in the UK with a new and updated edition.

Do you think In Dependence will be read in the same way today as it was over a decade ago?

I think that the way we read is informed both by who we are as readers and by the times in which we are reading. A decade ago was, amongst other things, pre Brexit, pre Boko Haram, and almost pre the widespread use of social media. The two countries in which most of the novel is set – England and Nigeria – are different places today than a decade earlier and it’s through contemporary eyes that the novel will now be read. In a sense, a book reads us as much as we read the book.

Why does In Dependence matter today?

In Dependence is at its core about Tayo and Vanessa – two people from different cultures and ‘races’ who fall in love. Love stories are timeless while the complications and tensions around interracial relationships continue to be as true today as they were in the 1960s. You only have to look at the reaction to the marriage of Prince Harry and Meghan Markle to see that while there are many who see their interracial and multicultural marriage as cause for celebration, there are others that do not.

Your novel has been assigned reading for students around the world. Had you known this while you were writing the book, would you have written the book differently?

I think that if I’d known the book would be read by students around the world I might have been too frightened to write it. At the very least, the weight of the responsibility might have led me to write a ‘safe’ book – a book that might have steered clear of controversy as well as the three things my Yorkshire grandmother advised me never to discuss in polite company – sex, religion and politics (all of which, of course, feature in my novel).

In Dependence has sold over three million copies to date. What have been some of the reactions to it?

I’ve had all sorts of reactions ranging from some of my Nigerian readers expressing excitement upon finding a mention of their home city or town in the novel, to others who were surprised to learn of the breadth and depth of racism in England and America in the 1960s. The funniest reaction for me were the handful of readers (in countries where the novel has featured on school syllabi) who asked me to endorse their summaries of the novel so that they could sell them to other students. Many readers have said they’d like to see the book turned into a film – some have offered to star in it.

What was the inspiration behind In Dependence and its title?

I often cite Toni Morrison who says that if you can’t find a story you want to read, then write it. This is what drives me to write. When I began my first novel I was looking for a great love story set in geographical locations and historical periods that I was particularly interested in (namely West Africa from the 1960s to present day) and because I couldn’t find it, I wrote it. The title of the novel is a play on words alluding to the independence period in which the book is set as well as the central love story.

Are any of the characters in the novel based on people you know?

This is a novel set in my parents’ generation and, like my parents, the love story at the heart of the novel is one between a British woman and a Nigerian man, but that’s where where the similarities end. My characters are fictional – an amalgam of personal characteristics that I both imagine and observe in others. It’s also probably fair to say that there are bits of me that find their way into many of my characters.

Without naming names, I was told by both agents and publishers that an African love story would be a hard sell

There’s a great deal of history interwoven into the story. What sort of research did you do in order to write the novel?

I did lots of research for this novel, especially for the locations and time periods that were less familiar to me. In order to understand what life might have been like for my characters in the 1960s, I read through every copy of Oxford’s student newspaper, Isis, as well as the weekly news magazine, West Africa. I also listened obsessively to music from each historical period and interviewed many who’d lived through the periods and places described in my book. Doing extensive research gave me the confidence to write about times I hadn’t lived through myself. Much of what I learned from the research never made it into the book including some fascinating stories heard from interviewees. One former Oxford student was instrumental in bringing Malcolm X to speak at the Oxford Union. The student, who was from East Africa, later settled in Japan, where he kept his several years’ worth of postcard correspondence with Malcolm X.

How easy was it for you to find a publisher for In Dependence ten years ago?

Fourteen years ago, which was when I first started to pitch the novel, there was very little interest in love stories from Africa or about African characters. Without naming names, I was told by both agents and publishers that an African love story would be a hard sell. The stories that people supposedly wanted were more of the same familiar ones – stories of war and strife. While I had nothing against such stories, they were not the stories I wanted to write. I received so many rejections for the manuscript that I shelved it for a year before trying again until I eventually found a publisher.

What has it been like revisiting your first novel?

I was initially a little anxious to revisit my first novel as I hadn’t read it in over ten years and I was afraid that I wouldn’t like it, but I was pleasantly surprised. It had been so long since I’d last read it that I’d forgotten many of the subplots and even some of the minor characters, so going back to the novel felt like I was reading the novel as a reader as opposed to reading it as its author. I found myself falling in love with my characters all over again and curious to know what was going to happen next.

Ten years ago, with the election of Barack Obama, the child of an interracial marriage, there was a feeling of hope…

Do you think you’ve changed as a writer since the publication of In Dependence and, if so, in what ways?

Since writing In Dependence I’ve become interested in writing different sorts of stories both in content and in style. So my second novel is a shorter novel than In Dependence set almost entirely in America as opposed to multiple locations. In recent years, I’ve particularly enjoyed writing profile pieces on people that I’ve had the opportunity to meet, ranging from my ninety-nine-year-old neighbour, Mrs Harris, to Toni Morrison and Michelle Obama. I’m now working on some science fiction which is something new for me. What hasn’t changed about my writing is what drives it. When I can’t find a story that I want to read, I try writing it.

What do you anticipate reactions will be, ten years on and in a different territory (meaning the UK) entirely?  What would you like them to be?

Many of the reactions that I heard from my Nigerian readers ten years ago (and continue to hear today) are focused on the political state of Nigeria. There is despair and anger over how things have continued to deteriorate. I wonder if there will be a similar reaction amongst readers in Europe and America. Certainly ten years ago with the election of Barack Obama, the child of an interracial marriage, there was a feeling of hope, at least when it came to the potential of improved race relations. But times have changed since then, and in the current political climate in which there is increased fear of ‘the other’, hope for greater global and interracial harmony is receding. Perhaps we need stories like In Dependence more than ever before – stories that point towards that which unites us rather than divides us as a human race.

IN DEPENDENCE by Sarah Ladipo Manyika is published by Cassava Republic Press, £11.99 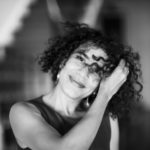 Sarah Ladipo Manyika, herself the progeny of a mixed race relationship, was raised in Nigeria and has lived in Kenya, France and England. She holds a Ph.D. from the University of California, and teaches literature at San Francisco State University. Sarah sits on the boards of Hedgebrook and San Francisco’s Museum of the African Diaspora. She was the Chair of Judges for the Etisalat Prize for Literature in 2015, the first ever pan-African prize celebrating first-time African writers of published fiction books. Her novel Like a Mule Bringing Ice Cream to the Sun was shortlisted for The Goldsmiths Prize 2016 and the California Book Award 2018.
Tags :
Q&A interracial marriage Nigeria Obama Oxford Toni Morrison

We are not doomed!

Ed Davey on Michelle Obama, Don Quixote, and ten ways to save the world