By Lucy Sullivan
Extract | 3 minute read
'Barking' is a dark, mesmerising graphic novel about mental health and acute anxiety whose opening pages are extracted here. Its creator also reflects on her reasons for writing such a bold, dark book.

Looking back, I can see the early signs of mental health problems. The growing paranoia as a thirteen year old that by sixteen had escalated to full panic attacks and agoraphobia. I had an early exposure to death starting with my best friend dying aged five. Followed by grandparents, family friends and my own friends as a teenager. I dealt with each as anyone of those ages would.

At five I didn’t really comprehend death. Grandparents were old and old people die. Friends were involved in drugs I didn’t do, or they were caught up with people I didn’t know, and so I grieved and lived my life. By twenty-three I was living in New Zealand. Life was hedonistic, fast-paced and fun. I still went through bouts of paranoia and dark thoughts but this was the tail end of the 90’s and people had no time for feelings.

And then one morning the phone rang. It was really early, I was fast asleep but when you’re so far from home it’s the moment you always dread might happen. And so it did. It was my Mum. She told me that my Dad had had a brain aneurism and was on life support but basically dead. I was to get the first flight home but I should know that they would be turning the machines off very soon. When I think about this moment now and the ensuing dramas of trying to get home, the 38-hour journey across the globe in the knowledge that I would never see my wonderful, funny and frankly rude Dad again, it’s incomprehensible. Like watching a film that someone has scribbled black over, like a Len Lye animation. I had been flipped into another world, I was irrevocably changed but I pretended to get on with my life.

I have much to say about how a crisis feels, how we view grief and treat mental illness and hopefully this will open up a conversation about it

A year later I was in the grip of a self-destructive mental health crisis. My wake-up call came when one night I put myself and a friend in harm’s way and realised I was in a very bad place and needed help. I went through a course of Cognitive Behavioural Therapy and was diagnosed with persistent anxiety and depression. As the years passed I put myself back together and found coping strategies. One of which was drawing. I gained a degree in animation & illustration. I also made sure I spoke honestly about grief and depression to those who were going through similar difficulties and in doing so discovered how much stigma and misunderstanding persisted.

Encouraged by a friend in comics and my partner, Barking began to form. Based on the experience of myself, friends who have also suffered and cases I’ve researched. It tells the story of Alix who finds herself hounded by a black dog, haunted by her dead friend and sectioned to an umbrella health system. I have much to say about how a crisis feels, how we view grief and treat mental illness and hopefully this will open up a conversation about it. If one in four of us will experience mental health problems in our lives then we should be talking about this more openly and not hiding from it anymore. I hope that readers will find comfort and sympathy from Barking. I also hope to entertain, albeit in a darker manner, and enlighten those who have never been through a moment like this. Because you really never know, it can happen to anyone.

EXTRACT FROM PART ONE OF ‘BARKING – “HOUNDED” 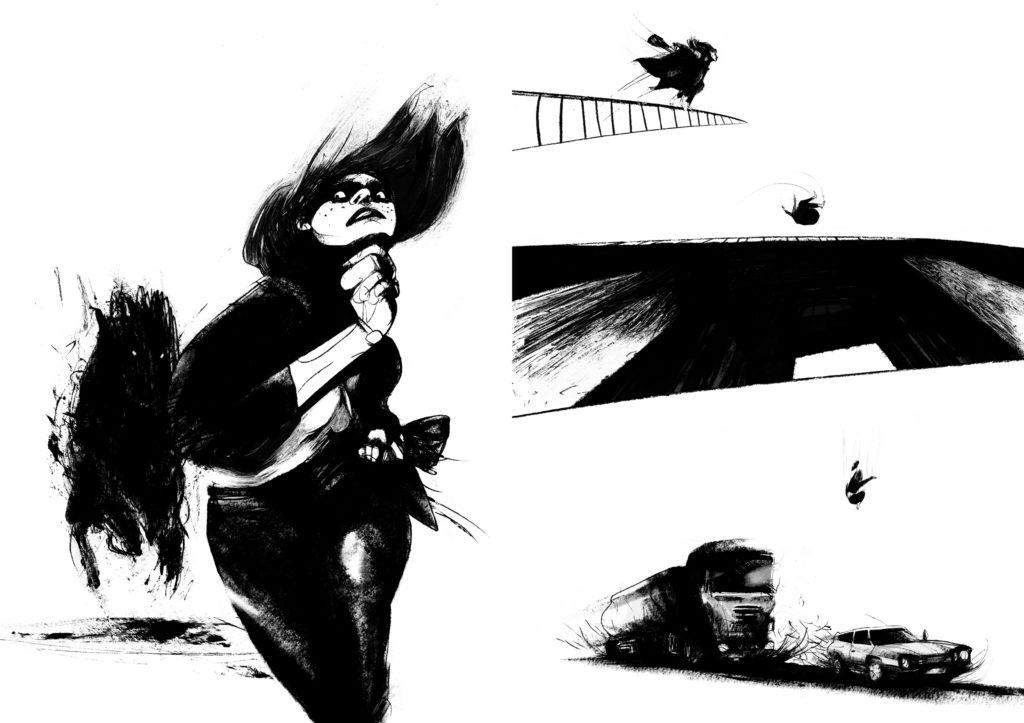 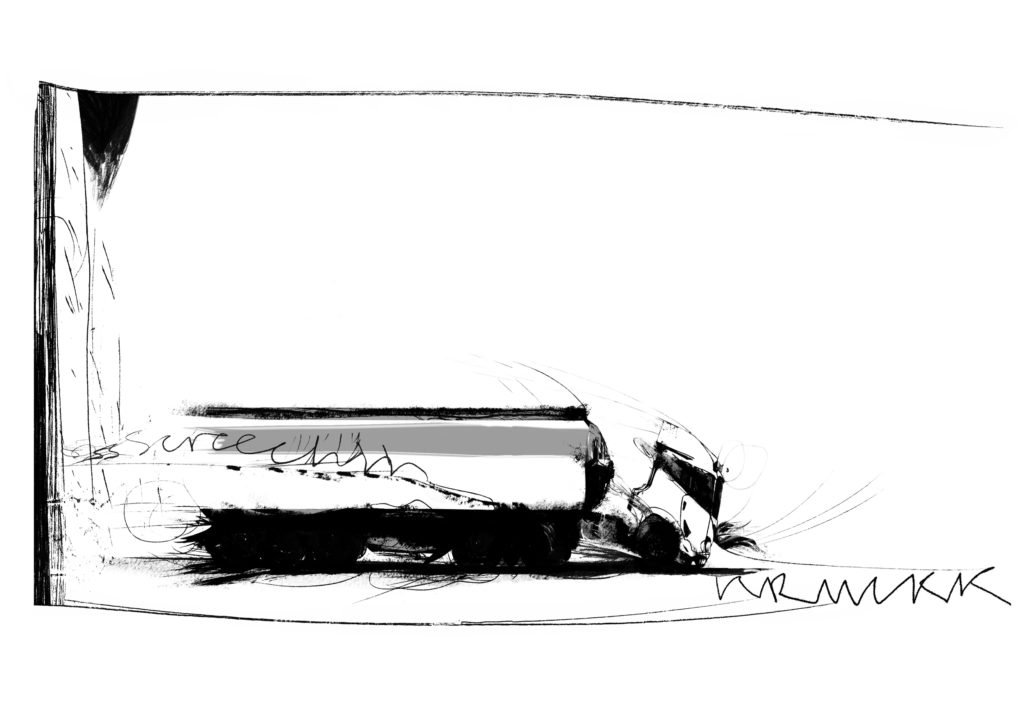 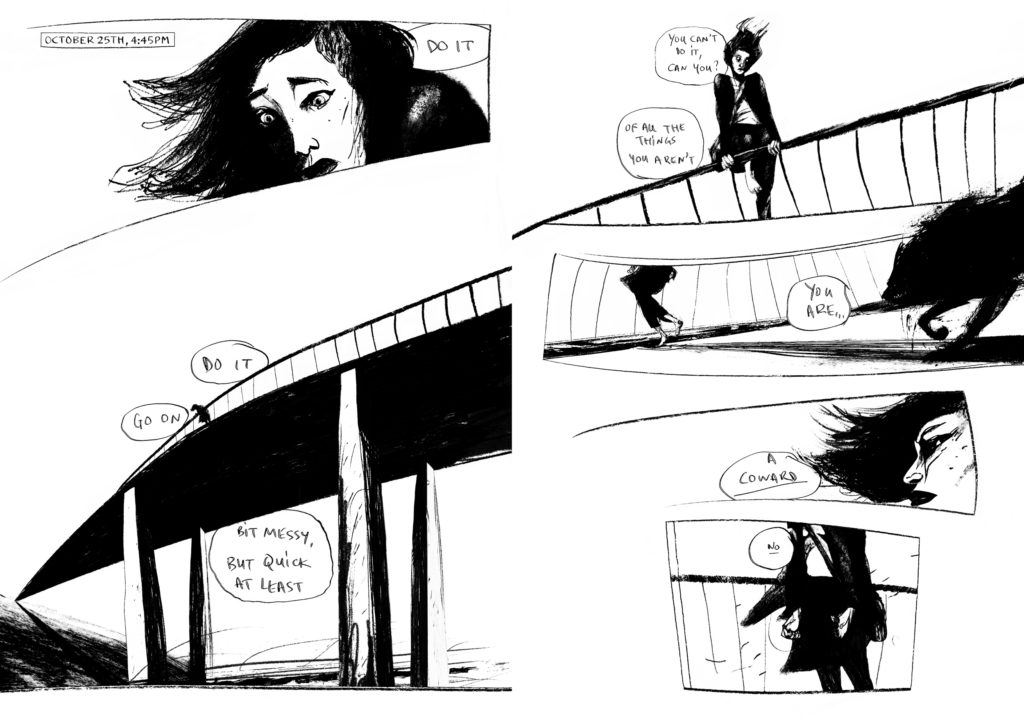 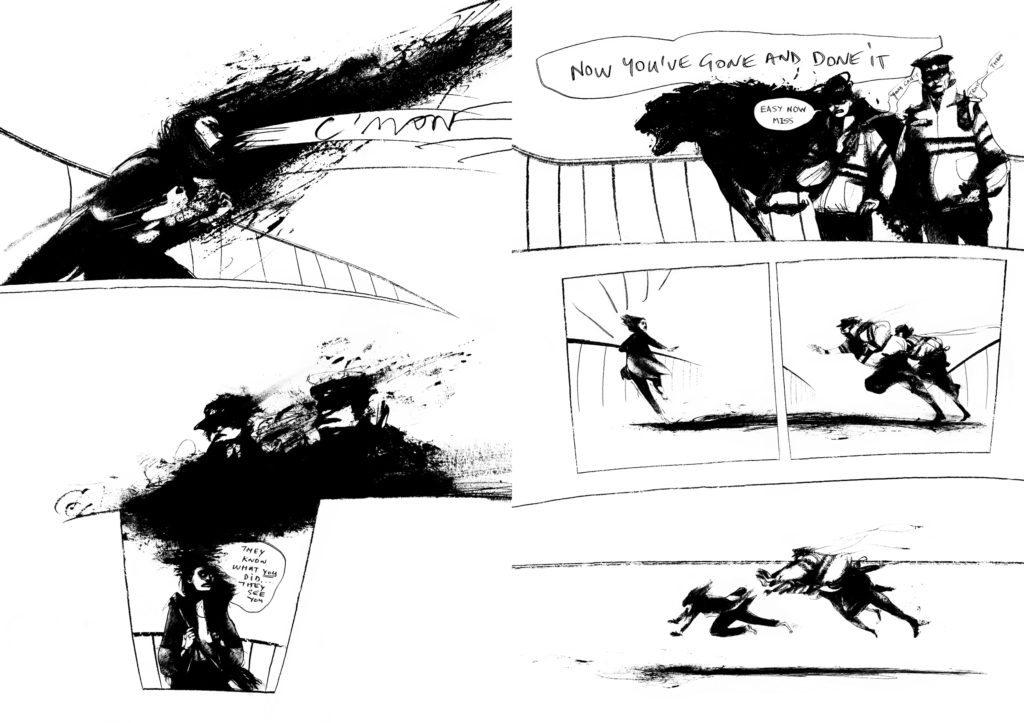 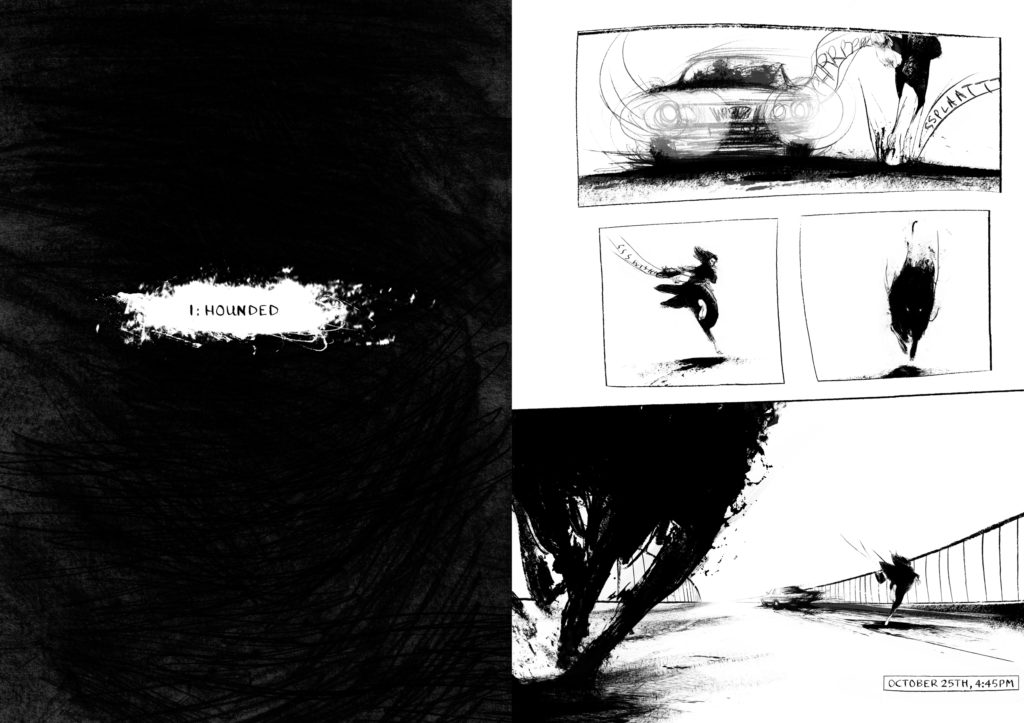 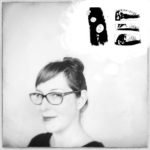 Lucy Sullivan graduated from Kingston University in 2005 with BA (Hons) in Animation & Illustration. She has taught Life Drawing and Observational Drawing for Animation at Kingston University, Westminster University and London College of Communication (UAL). As part of Smuggling Peanuts collective, she co-directed and animated music videos for Coldcut 'Just For The Kick' & One Eskimo 'Hometime'. Both were nominated in 'Best of...' categories at various festivals with Hometime winning Public Choice: Best Music Video at the British Animation Awards 2008.
Tags :
Extract Depression Graphic novel suicide

A writer reflects on silence, language and male mental health as the government appoints a suicide prevention minister.