By Dan Dalton
Extract | 8 minute read
Male depression, heartbreak, addiction and friendship are the themes of this rip-roaring novel, in which Dan Dalton takes his unsteady protagonist on a bumpy journey - with Jon Bon Jovi for company

Start with the weather. Cool, calm, twenty-two degrees. Not so much weather as an absence of it. Above, the ceiling of trees breaks to reveal a solitary cloud. Then a second, floating towards the first. If you can only see one cloud, you’re not looking at enough sky.

He calls down to me, asks what I’m doing. I tell him I’m writing a book. A beam of light falls across his face. He rocks back on his heels, squints. What’s it about, he says. I try not to stare, to mumble. Grief, I say. We sit, surrounded by giant redwoods. Sun filters through a canopy of leaves. The Japanese have a word for that. I’m not Japanese. Neither is he. He draws a breath, asks who died. I did, I say. He shakes his head. Tough break, he says. He means it.

The first thing you learn about Jon Bon Jovi is that he’s very sincere.

I’m ten, riding my bike through the woods, all oak and pine and silver birch. I choose a tree with low branches, climb all the way to the top. From there I can see the whole valley. I stay for hours. When I finally get home, it’s dark out. Mum is angry, shouting. Where have you been. I blame the tree.

The sequoia is native to California, and California is a long way from London. Jon sits atop a fallen trunk as high as a house. He might be meditating. He might be hung-over. This is the forest of the mind, he says. He doesn’t open his eyes. Oh, I say. That clears it right up.

The first time I kiss her I never want to stop.

My first Bon Jovi record was Cross Road. 1994. I wore out the cassette. Jon circa Cross Road had the shorter hair, the Henley shirt, the John Lennon sunglasses. Gone was the poodle perm, the floor-length leather coat. 1994 Jon Bon Jovi was the coolest man I’d ever seen. This is that Jon Bon Jovi. The same one who’s urinating off the top of the tree trunk, his stream of hot piss narrowly missing me. He shouts down. Look out below. It’s too late.

The second thing you learn about Jon Bon Jovi is that he isn’t shy.

I’ve been in this forest once before. The one with all the redwoods. A long time ago. But this isn’t just that forest. There’s oak, pine, silver birch. All the forests I’ve known scattered in and among. All my selves. There I am, eleven years old, building a treehouse. There I am, at fifteen, getting a hand job against a tree from a girl I met on holiday. I’m too worried about ants to come. There I am at twenty-seven, walking with my future ex-wife. Here I am, thirty-two, sitting in a forest, surrounded by the flickering ghosts of my past selves. Ghosts are just echoes you can see. I write that down.

I get any piss on you, Jon says, thrusting his hips so his dick spins like a helicopter.

The first time I kiss her I never want to stop. I know she’s going to break my heart.

Set the scene. It’s a crisp autumn afternoon in a Californian forest and I have no idea how I got here. Her name is on the breeze blowing through the leaves. The sun casts long shadows of the redwoods around me, trunks as wide as thirty feet ascending far into the sky. Dust and debris float through sunbeams, catching the light like airborne glitter, rising into the canopy above. It’s heaven on earth. Except it can’t be earth, and I don’t believe in heaven. I’m pretty sure I’m dead.

You’re not dead, Jon says. He sits next to me, chewing a blade of grass he plucked from the undergrowth. Hopefully not the undergrowth he just pissed on. Piss or no, he exists with the kind of effortless cool you can’t help but envy. He speaks without looking up. What do you remember.

Her lips were so soft I gasped the first time I kissed her. I was hard the second we touched. Later, just her scent would get me hard. Before I touched her, before I tasted her. Now all it takes is the thought of her. Now all I have are memories.

Somewhere in the forest I’m missing the wood for the trees.

I say: Ketamine.
He says: Ketamine what.
I say: That’s what I remember.

He says: Why would you take Ketamine.
I say: I don’t know. I was tired. I wasn’t thinking.
He says: Well you know what they say. Hindsight is sixty-forty.

That thing you read about Ketamine curing depression. A study showed a single transfusion can lift your mood. Permanently. Plus you get a pretty great high. You can’t get the treatment in the UK. Not yet. But you can get Ketamine. Dose yourself with small amounts. And I did.

I’m ten, riding my bike through a forest. Oak, pine, silver birch. I choose one with low branches, climb all the way to the top. I can see across the tops of trees for miles around. Distant villages, church spires, rivers, smoke. I can hear birds, watch clouds. I stay for hours, only leaving when it’s too dark to see. Mum is angry. She asks where I’ve been. I blame the night. It came too early.

The truth is I didn’t know how to get down.

We’ve been silent a moment. Jon turns to me. Have you f igured it out yet. I ask if I’m dreaming. Not exactly, he says. Her voice on the wind now, purring. You make me feel so good. I shut my eyes. The wind is only a light breeze. Still it stings.

Shit, Jon says. Slow to catch on, aren’t we. He casts his hands up, conducting the wind. We’re in your head, champ. Your mind. Your memories. Your imagination. All this is you.

It feels like we’re being watched. The forest shifts in front of me. In the tree line ahead, a shape moves between branches, it’s face and form unfixed, a memory I can’t place. I ask Jon if he sees it too, but by the time the words arrive it’s already gone.

I’m twenty-two, walking among redwoods, taking pictures on a disposable camera. Three weeks later I’ll get the prints back to find them washed out, blotchy. Too much sun.

Here, now, the light turns harsh, stabs through the trees. I look at Jon, spots of colour burned into my retina. I ask if I’m doing this. He stands, dusts himself off. Too much time in your head is a terrible thing, he says. I tell him we’ve only been here an hour. You’ve been here your whole life, chief, he says. He takes my hand, pulls me to my feet. I should know, I’ve been here with you.

I was born in 1983. The year John Bongiovi changed his name to Jon Bon Jovi, had his first hit with the band he named after himself. His manager, Doc McGhee, suggested the change, the band name. Bon Jovi was easier to remember, to spell. Plus, it worked for Van Halen.

My first name never fit right. Always felt too formal. I was given others, nicknames. Nothing stuck. As a kid I used to try on names for fun. Later I used pseudonyms for writing. I wanted to seem cooler, more likeable. Plus I couldn’t use mine. Not any more. After her my name was ruin.

Jon is carving his name into the trunk of the redwood. Didn’t you already piss on it, I say. He finishes, folds his knife, blows away the dust. Piss fades, he says. Names last for ever.

I stand at the base of a tree, look up. The whole thing feels like it’s falling. A trick of the mind. We can stay, Jon says. Enjoy the sunset. Or we go. There’s a road just past the edge of the forest. I look at the sun, there’s still plenty of light left. If we go, I say, will I wake up. Jon puts his hand to my forehead, the way a parent might. No promises, he says. But it beats sitting here waiting.

I wonder what would happen if one of the redwoods fell. Not my best idea. We barely manage to roll out of the way as the one in front of us topples to the ground. It takes out half a dozen others on its way, the ground rising, breaking open as roots are torn from the earth. Maybe this is a trick of the mind, too. Maybe everything here is. I guess we go, then, I say.

The first time I kiss her I never want to stop. Nothing lasts for ever.

I’m thirty-two, riding my bike through the forest with Jon Bon Jovi. We peddle hard, like every kid in an eighties’ movie. Redwoods fall. Creaking, cracking, crashing. Splinters the size of small cars shoot past. Roots rise up like walls. The forest of my mind is collapsing. I’m folding in on myself.

If a tree falls in a forest and Jon Bon Jovi is with you when it happens, is it still a figment of your imagination.

What do you remember, he says. The ground below us shakes, crumbles away. I told you, I say. We launch off upended roots, flying downhill, ducking between trunks, under branches. I didn’t ask what you took, he says. I’m quiet a moment. Working up the nerve to tell him. I tried to kill myself, I say. It comes out louder than I’d intended. I know, buddy, he says, swerving to avoid a tree. You do, I say. He nods. Yeah, I do. He looks so very cool on a BMX.

The edge of the forest is in sight. He’s slightly ahead of me, shouting. Your book. The one about grief. You should save that reveal, the whole suicide thing, for the end of the second act.

Something most people don’t know about Jon is that he’s really pretty great at narrative critique.

Something most people don’t know about me is I’ve never seen giant redwoods.

But I always say I have.

This is an extract from Dan Dalton’s novel, Johnny Ruin, published by Unbound 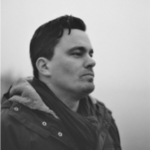 Dan Dalton is a writer and journalist, formerly at BuzzFeed. He lives in London. Johnny Ruin is his first book and one of Unbound's fastest ever funding novels, reaching its target in j9 days.
@wordsbydan
Tags :
Extract Addiction Bon Jovi Depression Music novel rock n roll

Auto-nauts: Voyages of the Self to the End of the Novel

Autofiction skews the contract between the writer and the reader. So, why is it the latest literary trend?

Tobias McCorkell explains how reading helped him through depression and anxiety