By James Cook
Book of a Lifetime | 7 minute read
A musician and author considers the challenges of conveying sound by words on the page, and returns to Owen Martell's novel Intermission

When I was twenty, I decided I wanted to play the saxophone. I was living in London, and already in a band with my twin brother, writing my own songs, and proficient on the guitar, as well as pretending to look for a job while signing on. But the saxophone held a special attraction. Maybe it was the records I’d revered while growing up: the sound of Andy Mackay’s playing on Roxy Music’s ‘If There Is Something’, Anthony Thistlethwaite’s mournful refrain on the Waterboys’ ‘Red Army Blues’, Bowie’s naïve but affecting alto melodies on Pin Ups.

I took lessons from Clive, a gentle guy with a ponytail. Progress was slow at first. It’s much easier for a beginner to get an acceptable sound out of a piano, or a guitar, than it is from a saxophone. The sax isn’t something you dabble in – most practitioners are one-instrument men. Clive was a jazz enthusiast, and I recall the first time we ‘played the changes’ – improvising together over an absurdly fast piece of bebop, changing key every bar. A debilitating fear took hold as soon as the tune began – keeping up with it felt like holding on to an unbroken colt. Clive soared high above on his gleaming soprano; I grunted away on my rusty tenor, thinking, You must be joking.

But if, many years later, I want to evoke the sound of that music, I have to summon up the room we played in: the smell of incense, the jazz albums in their neat plastic jackets, the gold music stand, the paper lantern, the tai chi stick in the corner. This is an associative trick I learned from Owen Martell’s 2013 novel Intermission. The book, set in 1961, fictionalises a passage from the life of the troubled American pianist and jazz legend Bill Evans. The story is told from the point of view of four characters – Bill’s father, mother, brother and Bill himself. In the first chapter, Martell describes the house in which Bill and his brother Harry take piano lessons as children. The only reference to music is the ‘broken tonk’ of Bill trying to play in the room next door, while Harry waits his turn. But this, and the detailed account of the space – the threadbare chair, the copy of Huck Finn, the little table with a box of matches adorned with a longboat and orange sail – is all we need. Somehow we hear the sound from the other room.

Good writing about music can almost be as enjoyable as the music itself. But since there is no such thing as ‘good music’ – it being the most subjective of art forms – can there be ‘good music writing’?

Writing about music is difficult. And this is one way of solving the problem: avoid it. Or use a brushstroke, nothing more. In any case, Martell is primarily concerned not with music but the uneasy relationships between his characters. It’s not a novel about jazz or a ‘jazz novel’, thankfully. There are no bebop clichés or breathless beat eulogies (perhaps best left to Jack Kerouac). The well-worn epigram ‘writing about music is like dancing about architecture’ still stands. (Although, writing about architecture can’t be easy. Little wonder that author, film-maker and architecture expert Jonathan Meades sticks mainly to television.)

Poor music writing has always existed. James Joyce parodies it in his novel Ulysses, the scene in the cabman’s shelter where Bloom and Stephen Dedalus talk about composers. ‘Mozart’s Twelfth Mass he simply revelled in, the Gloria in that being, to his mind, the acme of first class music as such, literally knocking everything else into a cocked hat.’ Anyone who read the English rock papers in the eighties and nineties will be familiar with their noisy enthusiasms, an over-reaching style derived from the ‘gonzo’ journalism of Hunter S. Thompson and Lester Bangs. This mimetic approach – an attempt to mirror the vitality of pop in similar prose – more or less prevailed until Ian MacDonald published Revolution in the Head, his definitive song-by-song analysis of the Beatles’ records in the sixties. MacDonald’s scholarly, meticulous style allowed us to hear the music in our minds, and sent us back to the Beatles’ albums. And if he was recondite, he showed that this wasn’t necessarily a bad thing. Personally, I enjoy a scattering of chord symbols – GMaj7s or Fm6s – in prose about music, like jalapeños on a pizza, but only if used by a writer whose intention is to demystify the art, ‘to dispel the hocus-pocus’, as Alex Ross puts it.

So good writing about music can almost be as enjoyable as the music itself. But since there is no such thing as ‘good music’ – it being the most subjective of art forms – can there be ‘good music writing’? Certainly, the best approach seems to be to steer away from mimesis. Hanif Kureishi’s coolly measured, non-effusive essay on the Beatles, ‘Eight Arms to Hold You’, is a notable example. He claimed he was striving for the ‘modest intensity’ of James Baldwin. Martell is a similar stylist: refined, elliptical, discreet – ‘[Bill] presses down on the black note to hear its gentle glow’ is how a single F sharp on the piano is evoked. The description is hard to improve upon.

Martell demonstrates that, instead of trying to force words to do what only musical notes can achieve, there can be a different approach. A third way

If Martell is sparing with his evocation of actual sound, it’s because he knows it can be more profitable to spend time on other things – a musician’s deportment, or playing style, for instance. This is often as unique to them as their thumbprint. Evans’ twenty-five-year-old bassist, Scott LaFaro, we are told, handles his instrument with ‘implausible, almost arrogant ease’. His fingers are described ‘thwanging and plucking’ the strings – an image all the more powerful as Harry imagines these digits moments before a car crash in which they will be stilled forever. We see LaFaro’s hands in our mind’s eye – in washed-out black-and-white television footage, wreathed in smoke – and hear the sound of his bass.

Bill Evans’ posture is equally well drawn in Intermission. Many people know his music from the best-selling jazz album of all time, Kind of Blue, but not how he looked playing it. Slumped at the piano, head on his chest, eyes shut, his arms outstretched like a somnambulist or a patient under hypnosis, Evans had one of the oddest postures in jazz. Undoubtedly this added to the shaman mystique: Evans, the young man with a weight on his shoulders, taking dictation from a higher power, the great bandleader in the sky. Only when we know he was a heroin user – it is the junkie ‘nodding out’ position – does it make sense. Martell captures it but decides to put it in the words of Harry’s young daughter, Debby. After watching a performance of Stravinsky’s Petrushka, she says: ‘Petrushka reminds me of a piano player I saw in a cartoon once . . . a wooden puppet and he banged the keys with his fists.’ Harry smiles. ‘You’re a clever one,’ he says. He knows that this is the precise image: it is exactly what his brother looks like playing the piano.

Evans was inconsolable after LaFaro’s death, and all but retired from music. But his apostasy only lasted months (unlike Led Zeppelin’s Jimmy Page, who after John Bonham died in 1980 didn’t pick up the guitar for nearly a year). Towards the end of Intermission, as Evans starts on the path to recovery, Martell submits his most persuasive passage of music writing. He argues that since a piece of improvised music happens only once, it has its purest expression not on record but ‘in the transference it achieves beyond the medium’. He expands in dazzling fashion: ‘This is the gap that memory – and the memory of music quite specifically – bridges; it arcs into a private sphere where ordinary centrifuges have no pull. A song lasts for four minutes forty-eight seconds, but . . . you can live it again, in the other place.’

Since discovering Intermission in 2013, the novel has become one of my touchstone texts, a problem-solving manual for the tricky art of music-writing. Martell demonstrates that, instead of trying to force words to do what only musical notes can achieve, there can be a different approach. A third way. I have reached for the novel many times over the years, not only for guidance in writing about music in my own book Memory Songs, but also just for the sheer pleasure of reading Martell’s spare, introspective prose.

My saxophone maestro Clive also taught me many valuable lessons, among them the idea that music is a system, with simple, immutable rules; more like mathematics than art. But also that it is ultimately personal, ineffable. What is understood with the left brain is experienced with the right. And what is understood by the heart can’t always be described by the pen. 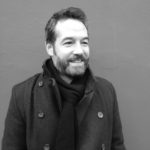 James Cook, originally a musician and songwriter, released two albums with his band Flamingoes: the critically acclaimed Plastic Jewels in 1995 and Street Noise Invades the House in 2007. Flamingoes toured the UK and Europe extensively, selling 20,000 records worldwide. In 2009, one of James' short stories was featured in the collection Vagabond Holes alongside work by Nick Cave and DBC Pierre. James has written about music for the Guardian, Review 31 and Litro magazine among others. His first book, 'Memory Songs', is published in May 2018.
@jamesbpcook
Tags :
Book of a Lifetime Bill Evans Jazz