read on
Photo by Wei Gao on Unsplash

By Laila Lalami and Veidehi Hans
Q&A | 6 minute read
Moroccan-American novelist Laila Lalami on her new novel The Other Americans, being an immigrant in America, and what unites rather than divides us

You received your PhD in linguistics, would you say that your experience as a student of language, and the ways in which language shapes our experiences of the world, has informed your perspective as an author?

Yes, of course. As a child, I spoke Moroccan Arabic at home, and learned French and Standard Arabic and French in grade school, then chose English as a foreign language in high school. It wasn’t unusual for me to move through all these languages in the course of a day, so I’ve always been interested in how people think in different idioms, and how, why and when they switch from one to another. My training in linguistics instilled in me a greater sensitivity to syntactic structures and a desire to be as semantically precise as possible. My writing process is fastidious and glacially slow, much to the despair of my editors.

How would you describe the difference between writing non-fiction pieces such as literary criticism and opinion pieces with the process of constructing a fictional narrative?

When I work in non-fiction, I have a pretty good idea what I will say even before I sit down to write. Not so with fiction, which for me is a process of exploration: I never know where it’s going to take me or what turns it will take. Sometimes, I change my mind completely about the direction I’m taking and the narrative only settles into a specific shape after multiple drafts.

I found myself drawn to an element of mystery. It gave the story added urgency

In The Other Americans, you construct a narrative that is as multi-faceted as are its characters. What made you choose to construct a story that is at once a mystery, a love story and a family saga?

Originally, I wanted to write a story about a woman coming home after hearing that her father had died in a car accident. I was interested in exploring ideas of belonging, whether to a place or with a tribe or family, but when I started thinking about the circumstances of the father’s death, I found myself drawn to an element of mystery. It gave the story added urgency, which kept me engaged as I wrote.

The novel brings together a host of flawed and disparate characters during the repercussions of a pivotal moment at its very beginning. They are separated by so many factors, the least of them being their class, religion and race. What drew you to bringing together such a wide range of human experience, presenting it for its complex and varied nature?

I’ve always been struck by the fact that, when something tragic or terrible happens to people, they remember the event in very different ways than do others who aren’t affected. The worst day of someone’s life is just an ordinary Tuesday for someone else. In constructing this narrative, I wanted to explore all the contrasts in how the father’s death is perceived and experienced by his daughter, his neighbour, the witness to the hit-and-run, the detective, and so on. As they take turns narrating their stories, they place the father in the context of their own concerns. Diversity is the default of human experience, not the exception.

The characters share widely differing relationships with their setting, how much did your own experience of California find itself within your novel?

I’ve lived in Los Angeles for twenty-five years, so the landscape feels very familiar to me. But it wasn’t until about eight or nine years ago that I started spending some time in the Mojave desert, which is about three hours east of the city, and that left a deep impression on me. It made me curious about the connection between landscape and identity formation. The other thing, too, is that California has the largest percentage of immigrants in the United States – people who, like me, were born somewhere else. That’s something that features heavily in the novel as well. Several of the characters are immigrants or the children of immigrants.

Having lived in Morocco, the United Kingdom and the United States, have you found the experiences widely disparate, or have certain commonalities united them for you?

There are, of course, vast differences in language, history, political order, and culture between these countries. But my experience has been that people are fundamentally the same, in that they have the same emotions, the same preoccupations, the same ambitions for their children or for themselves. Love, hope, envy, imagination – there is no monopoly on these.

The novel describes the multiplicity of what it means to be American, depicting the human tendency to live in ‘tribes’ and how those who fall outside them become the much rendered ‘other’. Being the ‘other’ in one’s own home is a conflicting position held by many immigrants. Can you elaborate on your thoughts of the ‘other’ and of ‘home’?

I became an immigrant by chance: when I was in graduate school in Los Angeles, I met and married an American. I never expected that I would make my home in a new place, but the experience has shown me what it is like to be perceived as different. And then of course the portrayals of immigrants in the media tend to fall into stereotypes: either the ‘criminals’ and ‘rapists’ that Donald Trump imagines or the hard-working people who built America. I’m more interested in what’s in between these two extremes because that’s what I see around me every day.

I know what it’s like to be in a place, but not of it; to speak in a language that isn’t one’s own; to be misunderstood…

Your novel explores the complexity of race and immigration in America, not only from the perspective of the victim but also by showcasing its reverberating impact on distant strangers. Would you say that your own experiences as a hyphenated citizen, i.e. Moroccan-American, informed the complexity of your novel’s subject?

Many experiences have informed the novel – my reading, my travels, my conversations with strangers, and my own journey as an immigrant. This would have been a very different book if I hadn’t been an immigrant. I know what it’s like to be in a place, but not of it; to speak in a language that isn’t one’s own; to be misunderstood; to be asked to explain and justify one’s existence.

The multiple points of view within the text resist the reader’s tendency to claim a side. Instead, it helps you more fully understand that we never see all sides to a story. Is this notion of the imperfect nature of human perception an important facet within your storytelling?

Yes, this is something I’ve explored in my previous books as well. The Moor’s Account, for example, is about a Moroccan slave who took part in a 1528 Spanish expedition to Florida, but whose testimony was never recorded. What is our collective history missing when it fails to include a perspective like his? Can it really be treated as ‘truth’? With The Other Americans, you get different outlooks on the same tragic event, and these outlooks are mediated by the narrators’ pasts, their goals, and their motivations. Truth is a myth. What we have are stories.

Do you ever worry that your writing will be limited to the category of immigrant literature or some other such category?

Not particularly. I think categories say more about the people doing the categorising than they do about me.

The Other Americans by Laila Lalami is published by Bloomsbury, £16.99 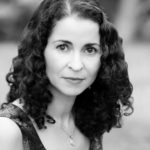 Laila Lalami is the author of The Moor’s Account, which won the American Book Award, the Arab American Book Award, the Hurston/Wright Legacy Award, was on the Man Booker Prize longlist and was a finalist for the Pulitzer Prize for Fiction; Secret Son; and Hope and Other Dangerous Pursuits. Her essays have appeared in the Guardian, Nation, New York Times, Washington Post, Los Angeles Times and Harper’s Bazaar. She is the recipient of a British Council Fellowship, a Fulbright Fellowship and a Guggenheim Fellowship and is currently a professor of creative writing at the University of California at Riverside.
@LailaLalami 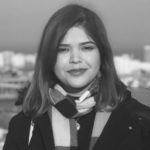 Veidehi Hans was born in New Delhi, India, where she spent her childhood. Her family then relocated to Dubai from where she went on to study at Kings College London. She is currently working towards receiving her master’s degree in Publishing at University College London. She has worked at the Times of India in Bangalore, Aquarius magazine in Dubai, and is fluent in three languages.
Tags :
Q&A America American California Immigrant Lalami Mojave Moroccan mystery other

Milkshake brings all the colonialists to the yard

Nikesh Shukla on civility, colonialism and the angry milkshake-wielding ethnic

The new lonely Londoners: Tales of a divided city

Who are today's Londoners? And the city's invisibles? A writer delves beneath the surface to find a new demographic.

The Good Immigrant gets even better

The Good Immigrant USA asks, 'What do we want America to be?' Here is one writer's answer.

By Nikesh Shukla and Chimene Suleyman