The Middle of England is not Middle England

A small corner of the Georgian townhouse squashed between Barnardo’s and McDonald’s – otherwise known as Nottingham’s Bromley House Library – is home to the Alan Sillitoe Collection: a cheap, wood-effect laminate cabinet stuffed with paperback literature and maps. As I attempt to examine its contents, the clink and trickle of the staff pouring sherry drifts through, interspersed with the chatter of the British Sundial Society, who also meet here. It’s an odd but pleasing experience, where the sense of making-do-and-getting-by combined with the ‘attributes of the old-fashioned gentleman’ that Sillitoe believed all writers, automatically, possessed provides an easy metaphor for the author’s life and oeuvre, as well as the Midlands itself.

My daily journey to sixth-form college in the mid-nineties took me past the (no longer standing) Raleigh Factory where Sillitoe’s 1958 novel Saturday Night and Sunday Morning is set. Looking at the factory, I would recall the late, great Albert Finney playing Arthur Seaton, and his rousing ‘Don’t let the bastards grind you down!’ while I smoked cigarettes – you could do that then, so long as you stayed on the bus’s top deck – and listening to The Smiths’ ‘I want to see people and I want to see life’ – the same line that Doreen says to Arthur, before he takes her to Goose Fair – wailing round and round inside my head. Personally, I hated Goose Fair – the waltzers always made me sick, and an urban myth involving Gypsy Rose Lee and a syringe full of AIDS had added to my unease – but I was still an angry young woman. And this was (almost) my life too.

Thirty years prior to Saturday Night and Sunday Morning‘s publication, Graham Greene was also living in Nottingham, a town that ‘makes one want a mental and physical bath every quarter of an hour’. Yet it was here that he converted to Catholicism – a decision which, I like to think, was influenced as much by the beauty of Pugin’s masterpiece, St. Barnabas Cathedral, as his desire to escape the earthly horrors of Derby Road – as well as providing the backdrop to A Gun for Sale, the book that prefigures the later, more accomplished but equally gritty Brighton Rock.

Long-term Nottingham resident Jon McGregor also draws on the Midlands’ working-class mettle in three of his novels. So Many Ways to Begin discusses Coventry’s post-war recovery, Reservoir 13 concerns a missing child in the Peak District, and Even the Dogs, with its tales of drug addiction, alcoholism and homelessness, takes place in an unnamed town which, or so everyone else insists, must be Notts.

Indeed, the middle of England is not middle England. Yes, there is a fantastic arts scene, with studios and galleries springing up in empty warehouse spaces, and a musical legacy that encompasses everything from Judas Priest to Tindersticks to Sleaford Mods. There are literary festivals, film, theatre, and numerous other opportunities for artistic engagement – but also poverty and unrest. Until recently the East Midlands was the only part of the UK in which house prices hadn’t risen.

The effects of the pit closures can still be felt, as can the more general difficulties that arise when an area built on industrial production ceases making stuff. Over the last few years some inflamed, pro-Leave voices have had to shout pretty loudly to make themselves heard (as have pro-Remainers). I may not agree with their views, but a brief glance at the rough sleepers and boarded-up shops and it is all too easy see where these feelings of disenfranchisement stem from.

Certainly, the decision to set my own novel, Our Lady of Everything, in Nottingham and Leicester was partly class-related. My parents are academics, now retired. I grew up in detached house and went on childhood holidays to France – which meant that I was considered, and considered myself to be, somewhat posh. Yet when I moved to London in order to study fine art, this perception of myself changed drastically. Suddenly, I was surrounded by people who had been to private, or at the very least selective, schools, and who, even after graduating, continued to receive regular financial support from their families. I couldn’t help but be aware of the role that privilege played, of how it was connections not qualifications or experience that led to the more prestigious and better-paid arts jobs, and how this then shaped the culture.

Of course it’s impossible for class not to be an issue in a novel about contemporary Britain, because class always is an issue in contemporary Britain – and therefore always present – in the same way that race and gender and sexuality are. But it is possible to create worlds in which it’s less explicit, and where the working- and lower-middle-class characters can live emotionally and intellectually fulfilling lives unrelated to those of their wealthier counterparts – something that a regional setting, such as the Midlands, allows more imaginative space for, as much because so few upper- and upper-middle-class people live there as anything else.

The Midlands is an area that lies between things, and it is this very ‘in-betweenness’ that has come to dominate my current Midlands-set reading

Conversely, I found myself looking to the miner’s son and former Nottingham High School boy, D. H. Lawrence, for inspiration. I knew that he was not only an unfashionable and, at times, politically suspect writer, but also one who was famous for his explorations of the exact same type of class dynamics that I was trying to get away from; yet the complexity of his characters, and the nature of their unconventional relationships, moved me. I purchased six pairs of coloured tights while reading Women in Love – a fashion favoured by its protagonists, the Brangwen sisters – and although this fact is, in itself, frivolous, it also illustrates the extent to which the book permeated my unconscious.

Women in Love and its predecessor, The Rainbow, were published in 1920 and 1915 respectively, and yet despite being a century old, both still feel fresh. The economic and political changes that ensued as a result of the transition from the pre-industrial to the industrial age detailed in The Rainbow have clear parallels with those caused by the move from the industrial to the digital age that is taking place in the Midlands now. The shifts between Nottingham and Europe, the local and the global, that undercut the drama in Women in Love, and the effects of this upon the characters’ sense of personal identity, also seem especially relevant to these our Brexit times. Likewise, the portrayals of same-sex relationships that appear in both novels haven’t really dated, in part because of the small-town environments in which they occur, and the sincere, authentic tone that this gives them.

The Midlands is, after all, an area that lies between things, and it is this very ‘in-betweenness’ that has come to dominate my current Midlands-set reading. B. S. Johnson’s The Unfortunates, an experimental novel in which a sportswriter’s attempts to report on a Nottingham Forest football match are told through twenty-five rearrangeable pull-out sections, is also, according to the British thriller writer Christopher Fowler, ‘a fairly straightforward meditation on death and friendship’. Plus Honor Gavin’s aptly titled Midland, a rhythmic, surrealist journey that skips from 1940s ruins to 1980s classrooms, and where the history of a Birmingham family and the city’s architecture are bizarre and brilliantly intertwined.

Lastly, it is worth noting that small presses and independent bookshops – both of which have witnessed a huge renewal of interest in recent years – have enabled those outside the mainstream and/or London to have a greater input into contemporary fiction’s publication and distribution than ever before, a situation that has resulted in increased access to avant-garde writings such as the above.

Nine Arches, Beam Editions and Noir Press are all based in the region as are Five Leaves, Ideas on Paper and the Ikon Bookshop to name but a few. The Midlands may not have the financial privileges that one associates with middle Englanders, but one could also argue that it doesn’t have the conservatism and intellectual limitations that usually accompany this label either. Rather, it is a vibrant place which, in spite of the bastards responsible for austerity, still remains, from a literary perspective, upbeat.

Susan Finlay’s debut novel, ‘Our Lady of Everything’, is published by Serpent’s Tail 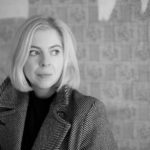 Susan Finlay is an artist and writer. She was born in Guildford, Surrey and grew up in Nottingham. She studied Fine Art at Camberwell and the Royal College of Art, London and now lives in Berlin. Her recent and forthcoming projects include Objektophilia, a novella serialized in Egress magazine; The Brexit Chronicles, an audio-series for Ackerman Daly and Isadora, a solo exhibition at MoHA, Austin. Her debut novel, Our Lady of Everything, is published by Serpent's Tail (Photo by Frances Carlisle).
Tags :
Essay class industrial Lawrence Midlands Nottingham unemployment

The importance of an accent

How we talk reveals who we are and where we are from.