By Divya Ghelani
Book of a Lifetime
How to find a collective voice? A female writer of South Asian heritage reaches for Amrit Wilson's seminal book

‘Voice’, in the sphere of fiction, refers to language and style. The idea that one must ‘find it’ has frequently been criticised because it signifies ‘unveiling’, a peeling off of layers to reveal an ‘inner self’ as opposed to a horizontal dialogue with the world which includes engagement with other writers and their work. Voices do not exist in themselves, the critique goes, but only in relation, hence the belief that the term ‘finding a voice’ is inherently misleading.

I’ve been considering the term with respect to Amrit Wilson’s 1978 black feminist classic, Finding a Voice. In her review for the journal Race Today, Mala Dhondy wrote: ‘To call it Finding a Voice implies the women interviewed were previously dumb.’ South Asian women, her argument went, had already won a series of international political platforms long before Wilson’s book was written so why weren’t their voices included? ‘Perhaps I have misunderstood the title,’ she continued, ‘and it is Ms Wilson who has found a voice.’ Dhondy, herself a South Asian writer and activist, argued that the book was written not for Asian women but for ‘white liberals who might want to understand what makes us function or not function, as the case may be’.

Forty years on, white liberals seem largely uninterested in the collection, and the book has been republished with a celebratory chapter in conversation with a new generation of South Asian artists, activists, writers and thinkers, all of whom enter into a dialogue with the original book and what it has meant for them.

I’d never seen anything like it, and reading the book for the first time, I felt transported from the confines of my own generation to a more multi-generational identity

I first read Wilson’s collection at the age of nineteen, while studying English Literature, and then again after my MA in Creative Writing. I have revisited it this year during the course of my research into the 1974 South Asian workers’ strike at Leicester’s Imperial Typewriter Company (which Wilson writes about in her chapter ‘Work Outside the Home’.) I still remember how shocked and quietly pleased I was to see its original cover, an image of South Asian British women shouting at a police officer nearby, their hair frizzy and unkempt, their ’70s-style outfits reminding me of my aunts.

I’d never seen anything like it, and reading the book for the first time, I felt transported from the confines of my own generation to a more multi-generational identity, one that included the voices of my mother and my grandmother, their resilience and defiance in the face of systemic racism. They and their peers were factory workers, cleaners and carers in this country, and that Wilson’s book captured their sense of shared struggle and hardship as well as their spirit always felt amazing and precious to me. 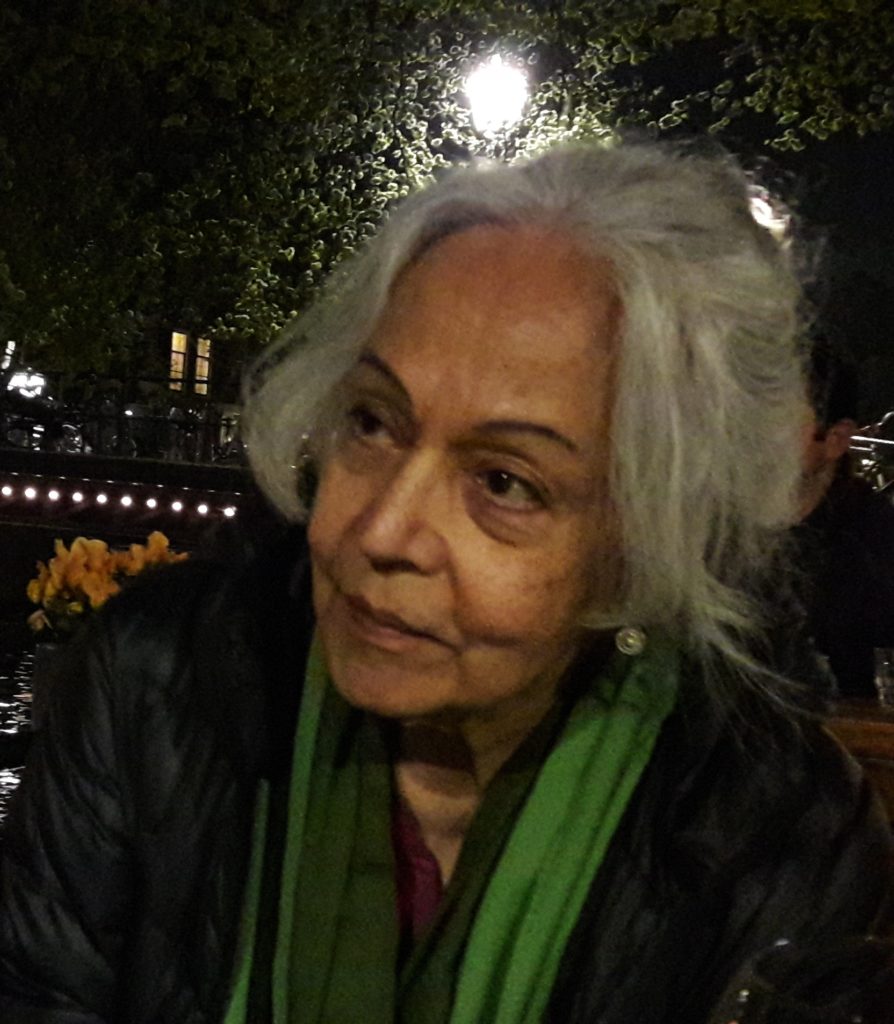 Aged nineteen, I knew nothing of the anti-racist movements of the 1970s and 80s, or the fact that the women in the cover photo were standing on the Grunwick picket line, a herstory that is very much a part of my own research. Reading Wilson’s oral history interviews on topics ranging from patriarchy, rebellion, love, sharam (shame), izzat (honour), liberalism, morality and oppression has felt illicit and wonderful.

Perhaps this is why Mala Dhondy’s pointed arguments against a fellow South Asian feminist activist have remained in my mind. It’s not only because Wilson’s book made such a personal impact on me. Dhondy’s writings have also been important to my research into Leicester’s Imperial Typewriter strike. Dhondy, alongside Wilson, has been an important voice guiding me towards a better understanding of a shared past of collective resistance.

In her new introduction to Finding a Voice, Wilson states, ‘Writing [Finding a Voice] had been difficult, at least in the beginning, because for more than a year I had been paralysed by the sheer scale of the project and the intense and complex emotions I felt about it.’ She writes that a book from the ‘point of view of South Asian women was desperately needed’ in an atmosphere of ‘escalating racism and misogyny’ and to speak in opposition to the supposedly neutral official research that informed state policies as well as the local ‘experts’ who were often highly patronising in their attitudes towards working-class South Asian women. Wilson’s approach – sensitive, intimate and interviewee-led – was in fact as politicised and critical as Dhondy’s objection to it. 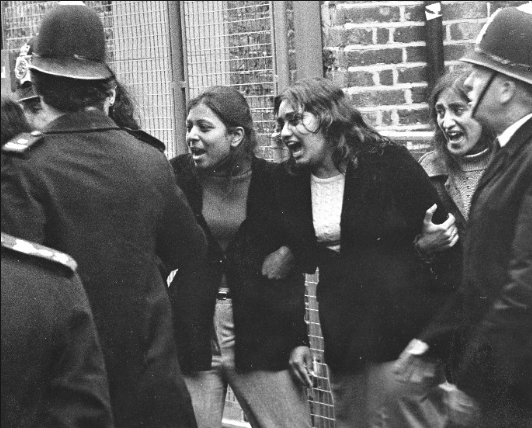 As a fiction writer, these questionings and self-questionings, both inward and external, spoke to important stutterings within my own creative writing process.

Do my characters’ voices ring true? How are they representative? Must they be representative in a publishing atmosphere wherein so few voices of colour are allowed? What narratives make it past the gatekeepers and why? How will my character be received by readers of colour? To what extent have I internalised the white liberal gaze and where does its racism hide within the privacy of my own imaginings, within the joy and fun of my linguistic play? How will my fictional worlds operate in the world, no matter how well-meaning, and how might they give sustenance to the artistic communities of colour after me? How can my work be, as Toni Morrison puts it, ‘the language wishing them well’? How might I cause harm and to whom? Where, amongst these endless critical-political self-questionings, might I make a creative run for it? Which voices are worth a creative risk and why?

It brings to mind that other much-contested term: ‘the burden of representation’. This phrase has a distinct ‘postcolonial BA lecture’ ring to it, alongside the ugly reminder that Harold Bloom believed identity politics to hinder writers of colour, such that we could never reach the canonical greatness of our white counterparts.

Back in my twenties, I used to agonise over the fact that my writing process was so slow and arduous, so full of self-reflection and political self-enquiry. I left my MA with a manuscript I was uncertain about and which I subsequently abandoned despite my classmates’ encouragement. What sounds like the wilful and under-confident self-silencing of a nascent writer was in fact a political self-questioning. Was this a story I wanted in the world? What sort of conversation would it have with the world and why? It was many years later that I found a story I truly wanted to tell. Such a process is full of necessary stutterings, but it is about finding a story, and a way to tell it, that is truly worth the risk.

I found sisterhood in the individual intimate voices of Wilson’s book and in the sharpness of Dhondy’s critique. They each represented necessary moments of doubt, criticism and interrogation, both before, during and after publication. Wilson and Dhondy’s reflections on the politics of representation mirrored my own process as well as that of so many writers of colour for whom creativity is not just a question of committing words to the page. These days I am a woman with a manuscript I care deeply about, but that doesn’t mean I’ve stopped stuttering. I stutter as I work and have learnt to trust this as a part of my process. I, like Wilson before me, am engaged in collecting ’70s oral histories of struggle, work and anti-racist resistance from Leicestershire elders. Listening to their stories has been as important to laying claim to my own voice (and understanding the politics that surrounds it) as my love of language and story.

That Wilson interviewed women in Hindi, Urdu, Bengali and English, carefully translating their words and phrases … shows the care she took in preserving individual stories

As for Dhondy’s critique of Wilson’s title and her collection, it represents another big question that writers of colour often contend with: How might the private worlds of our communities be misconstrued by white supremacist culture? How should we respond? What to tell and how? Wilson took a calculated political risk by platforming interviewee-led working-class South Asian female voices. That this mosaic of individual testimonies was eventually collected under the banner of ‘Finding a Voice’ and published by a white liberal feminist publishing house was surely perceived by more people than Dhondy as performing damaging stereotypes of South Asian female weakness for the consumption of white culture.

My own feeling is that this particular mode of listening misses much of the nuance, detail and richness in each individual testimony, expressions of which work to complicate ideas of resistance. That Wilson interviewed women in Hindi, Urdu, Bengali and English, carefully translating their words and phrases, is crucial and equally politically-charged because it shows the care she took in preserving individual stories, protected not by the voice of activist leadership, but by the collective of their own voices.

That said, reading the book in dialogue with critical voices such as Dhondy’s can help us to ask reflective and meaningful questions about the politics of voicing the underrepresented and how necessary stutterings might give meaningful political voice to individual and collective resistance in our contested today.

Finding a Voice has been republished, with a new introduction, by Daraja Press 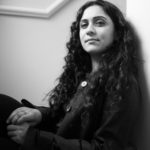 Divya Ghelani is a writer who holds an MA in Creative Writing from the University of East Anglia and an MPhil in Literary Studies from the University of Hong Kong. Her novel-in-progress has been longlisted and shortlisted for four literary awards. She lives between the UK and Berlin and is Programme Associate for the UK’s leading literary salon, the Word Factory. She has published short stories and judged story and flash fiction competitions. She is lead writer and researcher on a HLF-funded exhibition and storytelling project about the 1974 strike at Imperial Typewriters. Her words are in Issue One of The Good Journal. She is represented by Niki Chang at The Good Literary Agency.
@DivyaGhelani
Tags :
Book of a Lifetime BAME BAME writers

Shelfie: the bestselling author talks about diversity on her bookshelves and why she never lends books.