The scandal of a comic song

The recent Disney family extravaganza Mary Poppins Returns features a variety of songs: some charming, some wistful and some sad. Yet the one that has gathered the most attention and interest – and, perhaps not coincidentally, is the most played on Spotify at the time of writing  – is the show-stopping ‘A Cover Is Not The Book’. Featuring Emily Blunt (as Poppins) doing her best Cockney accent, Hamilton’s Lin-Manuel Miranda engaging in an extended patter verse halfway through and a suitably bouncy music-hall arrangement (courtesy of composer Marc Shaiman), it’s enormous fun. And then one pays closer attention to the lyrics, courtesy of Shaiman’s frequent collaborator Scott Wittman.

It is a fair assumption that most U-certificate films will not contain jokes about dipsomaniac bibliophiles, liberation of the sexually repressed or naked heiresses, on the grounds that their target audience would be baffled, bored or shocked. Yet ‘A Cover Is Not The Book’ takes its rightful place in the tradition of such great innuendo-laden musical show-stoppers as My Fair Lady’s ‘Get Me To The Church On Time’ and, more recently, The Greatest Showman’s ‘The Other Side’. When Blunt sings about a woman’s ‘roots’ being ‘lush and green’, to the accompaniment of priapically thumping drums, or notes of the exploits of ‘a dirty rascal’ that ‘the quicker you’re into it, the quicker you’re out of it’, it is surprising that Shaiman and Wittman ever managed to get away with such unabashed filth – and in Mary Poppins, at that. As the song builds to its rousing climax, musical aficionados might note that any resemblance between ‘A Cover’ and Shaiman’s earlier, brilliant satirical masterpiece ‘Blame Canada’, from South Park: Bigger, Longer and Uncut is entirely intentional.

Shaiman and Wittman (presumably with the contrivance of the filmmakers) are continuing a fine tradition that writers of comic songs have been engaging in since at least the seventeenth century, and probably before. Restoration comedies often contained an interlude in which the cross-dressing female star would sing an apparently sweet and wholesome love ode to the play’s hero, but anyone paying the slightest bit of attention would note that outrageous sexual innuendo would be inextricably entwined. Suffice it to say that a virginal young lady singing of her great love and appreciation for ‘china’ was not thinking of an early form of Royal Doulton. 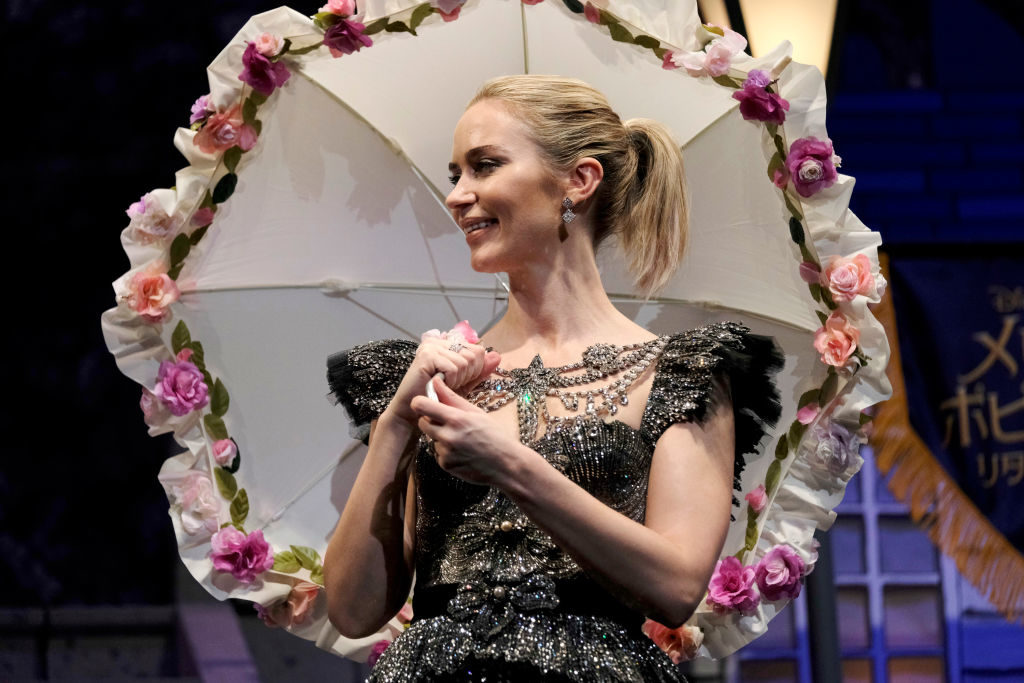 In this, the plays reflected the life of the street, where ballad-sellers sold songs sentimental or suggestive, depending on the taste of the purchaser. Perhaps unsurprisingly, most of the ballads that have survived today – such as ‘The May-Day Country Mirth, Or, The Young Lads and Lasses’ Innocent Recreation’ – fall heavily into the latter category. Yet they were suggestive, rather than explicit; the raunchier songs written by the notorious likes of the poet John Wilmot, earl of Rochester, would have seen ballad-sellers whipped if they had been caught selling them.

Nonetheless, this was a mild punishment compared to what would await those who put satirical songs about the court – or, even worse, the king – in the public domain. In extremis, this might lead to transportation, or even the death penalty. It is unsurprisingly, then, that most comic treatments of society verged on the mild, at least until the late Victorian era, when Gilbert and Sullivan produced a series of operettas that took aim at various institutions. Although G&S today have a reputation for tuneful cosiness, William Gilbert’s lyrics often have a vigour and bite to them that are the equal of any comic genius today. Take, for instance, the damning ‘Sir Joseph Porter’s Song’ from HMS Pinafore, better known as ‘When I Was A Lad’, a brilliant satire on institutional incompetence. In it, we learn that the young Porter’s stellar career was down to advancement, rather than any talent; he ‘polished up that handle so care-ful-ly/That now I am the ruler of the Queen’s navy’. Sir Joseph, of course, has an additional political career. In our turbulent era, the lines ‘I always voted at my party’s call/And I never thought of thinking for myself at all’ might elicit a groan, rather than the intended laughter.

His satire on Sixties race relations, ‘National Brotherhood Week’, with lyrics mocking well-meaning but facile attempts to bring America together, is a masterpiece of perfectly barbed wit

Gilbert and Sullivan’s subjects can sometimes seem obscure and out-of-date today; their 1881 operetta, Patience, attacks the then-modish aesthetic movement, and once-daring references to ‘an attachment à la Plato/For a bashful young potato/Or a not-too-French French bean’ now seem pleasantly amusing, rather than scandalous or shocking. This is not the case with their 20th century successor,Tom Lehrer, who adapted their ‘Modern Major-General’s Song’ to act as a double-time recitation of the periodic table in ‘The Elements’. Lehrer has a decent claim to be the last century’s most influential and significant figure in musical comedy, thanks to the witty and distinctly black-humoured songs that he performed at the piano.

Some of these, such as the morbid ‘Your Hand In Mine’, have the Gothic humour of Roald Dahl, but others feel near the knuckle and edgy, even today. His satire on Sixties race relations, ‘National Brotherhood Week’, with lyrics mocking well-meaning but facile attempts to bring America together, is itself a masterpiece of perfectly barbed wit. Lehrer’s introduction on the live recording emphasises this, as he notes, deadpan, ‘During National Brotherhood Week various special events are arranged to drive home the message of brotherhood – this year, for example, on the first day of the week, Malcolm X was killed, which gives you an idea of how effective the whole thing is.’ In our sensitive and anxious age, it is impossible to imagine anyone making a similar comment without their career being over immediately. 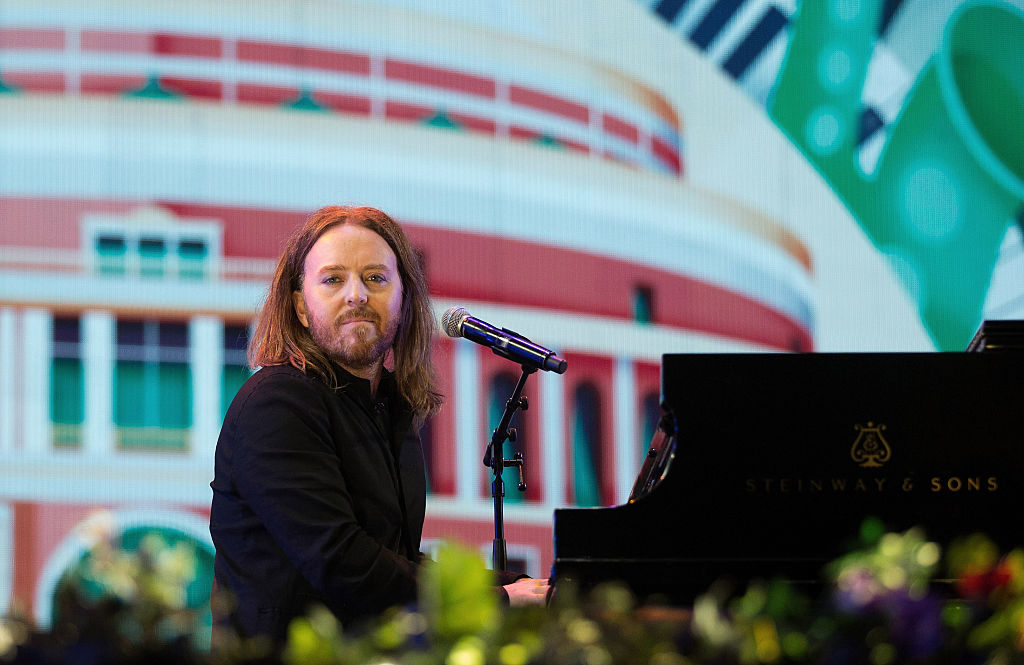 Today, musical humour still thrives, albeit without so distinctive a figure as Lehrer. Perhaps its leading light is Tim Minchin, whose mainstream success with the musical of Matilda brought his dexterous wordplay and musical talents to a wide and appreciative audience. Those who have been to his concerts might see another, less family-friendly side to Minchin, who is unafraid to take on topical targets with both wit and anger. In his 2010 attack on Pope Benedict XVI’s apparent willingness to turn a blind eye to issues of child abuse in the Catholic church, ‘The Pope Song’, the litany of ‘fucks’ that the song opens with soon segues into a more cerebral, if no less sweary, register.

As he sings ‘If you don’t like the swearing that this motherfucker forced from me/And reckon that it shows moral or intellectual paucity/Then fuck you, motherfucker, this is language one employs/When one is fucking cross about fuckers fucking boys’. Later in the song, he rhymes ‘rapist’ with ‘papist’. It is a deservedly angry cry for justice and righteousness: a very long way indeed from Miss Trunchbull and unfortunate but brilliant little girls.

Simply setting witless obscenities to music does not make them any more interesting to listen to: any number of end-of-the-pier comedians have failed

Yet for every piece of comic songwriting that engages with the wrongs of society – or simply the worse impulses of those within it – there can be another that is simply riotously entertaining. Such an example can be found in Neil Hannon’s cricket-themed band The Duckworth Lewis Method, and their song ‘Jiggery Pokery’. Although Hannon’s main project, the Divine Comedy, is more than capable of their own social satire – as on his 2010 song ‘The Complete Banker’, a withering attack on those who caused the financial crisis –‘Jiggery Pokery’ displays a lighter side in its musical account of Mike Gatting being bowled out by Shane Warne with the so-called ‘Ball of the Century’ at the Ashes in 1993.

Told from the perspective of Gatting as he prepares to face Warne – ‘I took the crease to great applause, and focused on me dinner’ – it is a riotous and hilarious account of how ‘the blithering old buffoon’ was outsmarted by his Australian rival. The song has no higher satirical purpose other than to entertain, but Hannon’s lyrical gifts have seldom been more appropriately used than in the verse ‘How such a ball could be bowled/I don’t know but if you ask me/If it had been a cheese roll/It would never have got past me.’

The great comic songwriter, then, can use their rare talents to enviable effect at their best. They can dazzle, shock, illuminate, convey a complex or subversive series of ideas almost by stealth, and wrap the whole package in the catchiest of tunes. This is a hard act to get right, and any number of end-of-the-pier comedians have failed; simply setting witless obscenities to music does not make them any more interesting to listen to. Yet the few who can get it right manage to enliven our listening in, to quote the original Mary Poppins, ‘the most delightful way’, even if the medicine that we are taking is often accompanied by a dose of the most delicious salt, rather than sugar. 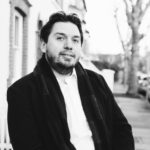 ‘Alexander Larman is an author and biographer whose most recent books include Byron’s Women (2016), an acclaimed account of Lord Byron and the nine most significant women in his eventful life, and Blazing Star (2014), a life of the decadent poet, courtier and rake Lord Rochester. He is also a literary critic for The Observer and The Times, and is currently working on The Rake’s Progress for Unbound, a series of brief lives of the ne’er-do-wells, rakes and libertines of the past few centuries.’
@alexlarman ‏
Tags :
Essay Comedy Satire song subversion

The infinite improbability of satire

A writer reflects on her love of satire, and of Douglas Adams's 'A Hitchhiker’s Guide to the Galaxy'.

‘I write to make myself laugh’

Lynne Truss talks to Katy Guest about what she likes doing best.

Oh, what a rotten bunch of coconuts