By A.L. Kennedy
Q&A | 7 minute read
Dundonian novelist AL Kennedy's latest story is about a brave little girl and a beautiful golden snake whose bite means the end for most people who encounter him. Here, she talks to Boundless about optimism and loss, and why despair is always unhelpful

Katy Guest: Your latest book The Little Snake has been described as ‘a fable’, ‘a modern fairy tale’, a story suitable for children and a very adult allegorical tale (as well as being like ‘an intricate concatenation of rainbow-bright dominoes’, according to the New York Times’ reviewer). How do you see it, and why did you choose to tell this story in this way? What are the challenges of writing a fable-like story, and what was fun about it?

AL Kennedy: I was asked to write the book by one of my German editors who works for the same Verlag that publishes [Antoine De Saint-Exupery’s] The Little Prince in German, and the piece was going to be part of a series that were sort of responses to that book, so the tone was set from the start. I’ve always enjoyed stories that work for all ages and are able to change as the reader changes and that requires the writer to be very simple while being fundamental, which is very good exercise – so I said yes at once. Simplicity is testing, but educational, and I liked the main characters so it was enjoyable to write – tiring but enjoyable.

KG: The novella is about a young girl, Mary, who meets a golden snake, Lanmo, and they become best friends. He helps her to leave her city when war and famine make it impossible to stay there; she makes his heart start to beat. It’s about war, asylum, friendship, love and loss. What were the inspirations behind the setting and the characters? And what made you want to tell this story now?

ALK: I wanted the snake to be a personification of death – which suits snakes and responds to the snake in The Little Prince – and thinking that through made a human answer to him become inevitable; the rest of the story became clear from those starting points. Then I wanted to address how worried young people can be by so many things and how trying and tough many people’s lives are – people may be refugees, or may be made to feel like refugees in their own country. A lot of families and individuals are experiencing cascades of loss so it seemed appropriate to look at that and to look at the place of death and loss in life through that lens.

KG: Is it really a book for children? Should children read about death and loss? Are there any subjects that you think should be kept from very young readers? Or do we underestimate the depth of children’s understanding sometimes?

ALK: I knew that people die when I was about four. I think children know about it and need ways to understand it. Children lose relatives at all ages, lose siblings and friends – the children who survived Grenfell had to deal with that; life will happen to you whatever age you are, and if art doesn’t help you get your head round that, you can feel very alone. That’s equally true if you’re an adult. Art gives us a way to come to terms with terrible things as well as wonderful things.

You can’t be an optimist about dying – you’re doing to die… [But] while I’m alive, I try not to despair because despair is unhelpful

KG: The ending of the book is ambiguous. The reader knows how the story should end, but is allowed a chink of hope. I won’t ask what you think really happens between Mary and Lanmo in the garden, but are you naturally an optimist or a pessimist, and why? What are the benefits of optimism and pessimism as ways of looking at the world?

ALK: You can’t be an optimist about dying – you’re doing to die. A positive mental attitude will not stop you dying. While I’m alive, I try not to despair because despair is unhelpful, but you need to pick your battles – some of them we can’t win and it’s foolish to try. If everyone dies, be nice while you’re here and while they’re here.

KG: You’ve written about war, mediums, bull-fighting… Did any of the subjects or research really trouble you, and which has been the most difficult to write about?

ALK: I like writing. The world is a troubling place, but writing is a very positive experience for me – it puts a shine on anything.

KG: Which book(s) inspired you to become a writer?

ALK: All of them.

KG: What do you read, watch and listen to when you want a good laugh?

ALK: I like Eddie Izzard, screwball comedies, Bill Bailey, Third Rock From the Sun, Brooklyn 99, The Good Place – there’s a lot of good stuff out there. 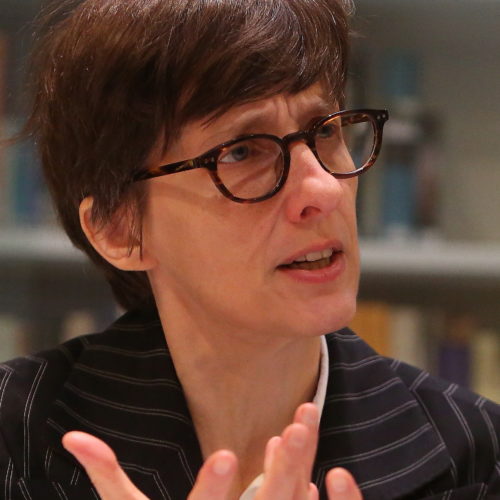 KG: One of my favourite things you have written – one of my favourite things anyone has written – is the story ‘Baby Blue’, in the collection All the Rage, in which a single woman in a strange city tries to leave a sex toy emporium as a chummy shop assistant tries to assault her with ever more offensive contraptions. I cried with laughter and sadness at the same time while reading it. How do you find the humour in loneliness and fear and emotional pain? Is a sense of humour essential to a writer of fiction, and would you like to be known better as a genuinely funny comic writer?

ALK: There’s always humour in sadness and despair – it’s where the real humour comes from. That’s why when you meet comics they’re generally quite downbeat and sensitive people – their humour is a response to what they see and find appalling. And humour is certainly very useful in any writing – it can make darkness digestible and get you closer to characters, lighten and quicken prose. There’s no point trying to be a funny writer if your natural form of storytelling isn’t especially funny, though – you have to be who you are. My natural way of talking about the world contains passages of humour. How I’m known isn’t really any of my business – it’s not something I decide. People can find the same story – for instance ‘Baby Blue’ – entirely funny or entirely sad, or a mix; that’s up to them.

KG: You’re a patron of the Essex Book Festival next month: what are you most looking forward to about the festival and the events there?

ALK: I’m hoping to get to the talk by the Ravenmaster, but I’ve left all my arrangements very late. I travel a lot and so I miss lots of everything. I’d love to catch the wonderful Robin Ince, too, but may not… It’s a great festival, but like all great things – I miss most of it.

KG: You’re also involved in an exhibition at the festival called #ActsOfSmallKindness. What’s the story behind that?

ALK: Popular culture has embraced paranoia and hatred in the last decade particularly. This has done no one any good and the majority of people are really feeling alone and oppressed and isolated by this barrage of loathing in the papers every morning and on TV, so there are all kinds of projects in all kinds of places to allow the kindness which is still the norm to be more visible, and kind of turn down the thermostat everywhere before we start killing each other or ourselves in even great numbers.

KG: What writing are you working on now/next?

ALK: A radio play, a children’s book, a new collection of short stories, some radio essays and a new novel – that’s this year full now.

A. L. Kennedy is a patron of the Essex Book Festival, which will be retuning for its twentieth year with events taking place from 1st–31st March 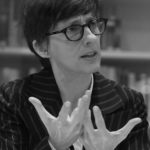 A.L. Kennedy was born in Dundee. She lived for almost 30 years in Glasgow and now stays in North Essex. She has won a variety of UK and international book awards, including a Lannan Award, the Costa Prize, The Heinrich Heine Preis, the Somerset Maugham Award and the John Llewellyn Rees Prize. She has twice been included on the Granta Best of Young British Novelists list. She has written 9 novels, 6 short story collections, 3 books of non-fiction and 3 books for children. She is a Fellow of the Royal Society of Arts, a Fellow of the Royal Society of Literature and a member of the Akademie der Kunst. She also writes for the stage, screen, TV and has created an extensive body of radio work including documentaries, monologues, dramas and essays. She also performs occasionally in one person shows and as a stand-up comic.
@Writerer
Tags :
Q&A A L Kennedy Essex Q&A refugee Saint-Exupery The Little Snake

Why words are more powerful than fences and prisons

Refugees writing uses creativity to trace an outline of hope