Unburied memories of my father

By Robert Kazandjian
Essay | 8 minute read
A writer reflects on his father’s dementia and all that it has allowed him to forget, both good and bad

My dad tells a story. In fact, it’s a story about a story. He wrote it, he says, when he was seven or eight years old. It was a sad story, about a child dying. His teacher called him to the front of the classroom and asked him to read aloud, then slapped him across the face with the back of his hand. The teacher’s name was ‘Baron Something’, my dad says. He can’t remember his last name. He shapes his left hand into a pistol and looks down the barrel. It was the Armenian word for gunman, he says.

Today, recent memories escape my dad the way warmth escapes a home through an open window. He relates to the world through recollections of his increasingly distant youth. And now, even those cherished snapshots have started to lose clarity; in Cairo, the daily breakfasts of fūl and how the Nile turned to liquid gold at sunset; the sense of wonder as he and his classmates made angels in the improbable blanket of snow that covered Nicosia; blazing fat hash joints and spinning records in a Beirut coffee shop.

Details bleed into each other like watercolours on a child’s paint palette. Today, his stories don’t live and breathe like they used to; they are the ghosts of stories.

My dad is a sad magician, disappearing before our very eyes. He is present and absent at the same time

Everyday, I listen patiently to his hazy evocations of the world he grew up in, while wondering where all the memories of us have gone. Does he remember discovering that the towering beauty sipping sweet coffee in the staffroom of a Tottenham secondary school shares his birthday (I grew up believing it was a parental requirement that all mums and dads shared the same birthday)? Or of our beloved Manchester United FC securing the treble in the dying seconds, when my little grandma, visiting from Cairo, took off vertically from the sofa? What about my birth or my little brother’s cancer? What of the times he let us down?

My dad is a sad magician, disappearing before our very eyes. He is present and absent at the same time, like a dead star whose light still brightens our sky. It is dementia that is eating away at my dad’s essence, and that renders him present yet absent. But I know he mastered that trick a long time ago, way before not being able tell me when his children were born or struggling to calculate the sum of a few coins in his hand.

You see, my dad has always been an insatiable gambler. He loves the bookies. We all have our vices, our poisons and potions. Wild odds are opiates for my old man.

Five minutes. It was always five minutes that he’d say he was going out for before he disappeared into the street. And then he’d perform another great feat; slowing down time. Five minutes felt like an eternity. He’d return with pockets full of paper promises and a shrunken pen tucked behind his ear. Our house was full of those red and white Ladbrokes pens, I used to put them in my pencil-case and take them to school. If I close my eyes, I can still taste the stale cigarette smoke that clung to the bristles of his beard after a betting-shop session. 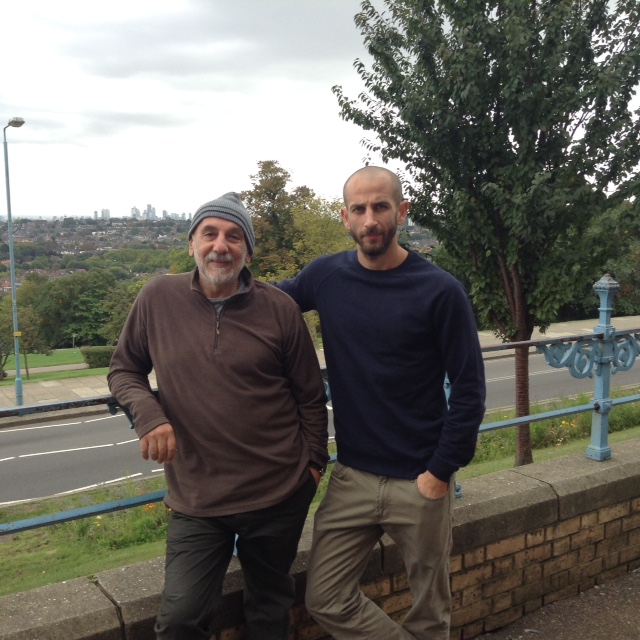 My dad was a fantastic basketball player. A whole galaxy of recollections from his youth revolve around his on-court exploits. Even now he can still score effortlessly with an outrageous jump shot. Some things you never forget. So playing ball in the park, two little boys and a seemingly innocuous middle-aged man against anyone and everyone, was like a Space Jam dream. My dad would leave confident, elastic-looking teenagers and big musclemen alike on their backsides with his crossover. He’d occasionally brick a shot to give our humbled opponents a chance. We were unbeatable.

And on the way home we’d stop for a celebratory ice cream. Dad would return quickly with Zooms for my brother and I and then tell us he needed to go back to the shop for five minutes, unwrapping his chocolate Cornetto as he jogged towards the parade. In the uncomfortably warm car, we’d resist opening our frozen sugar rockets out of an unspoken loyalty to him. Those five minutes were a long five minutes. And the promise of sweetness melted in its purple foil wrapper.

In 1994, our beloved Red Devils faced Chelsea in the FA Cup final. I was seven. This was the biggest moment of my fledgling football love affair. My dad had been out for five minutes before the game kicked off. He crackled and fizzed with excitement. In the space of nine glorious second-half minutes, United raced into a three goal lead. Every time the ball hit the back of the net, I mimicked my dad’s celebrations, circling our narrow living room with my arms outstretched like a little aeroplane.

The final whistle beckoned. My dad was electrified, ready to explode and fill our house with the sounds of victory. Then United launched a final attack, Paul Ince squared the ball unselfishly to Brian McClair and the Scot tapped into an open goal. I didn’t need my dad. I understood my role. I upgraded my aeroplane celebration in honour of the monumental scoreline, taking off out of our back door into the garden, rounding the overgrown, sun-kissed grass and breathing in sweet lavender before returning to land. 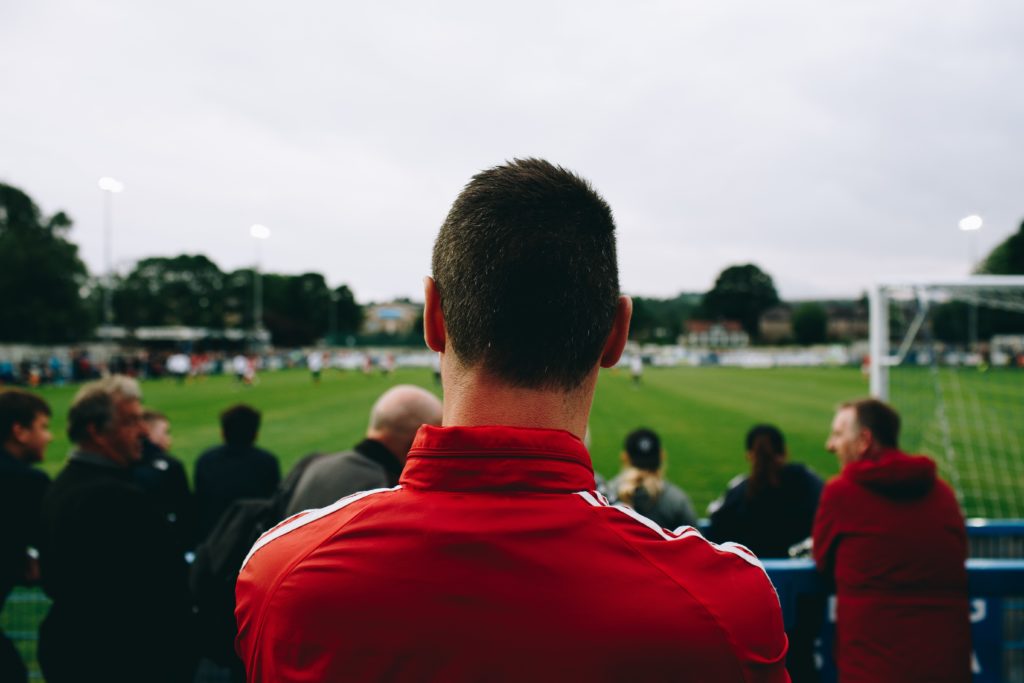 My dad was unmoved. The television might even have been turned off. He coldly told me to sit down. I followed orders. You see, he had gambled on United winning 3 – 0. McClair’s fourth goal had robbed him of a big win and killed his vibe. His reaction had killed something inside me. From that day onward, he hasn’t placed a bet on a United game. I wonder if he remembers why? My mum struck down upon him with and fury. She told him to never to do that again. I like to imagine she did so with a carving knife in her hand.

I spent the cold nights of my teenage years with my friends, lingering on streets where bookshops didn’t exist and bookies occupied every corner, shivering in tracksuits big enough to hide our fears. I’m not going to lie; I’d imagine robbing the day’s big winner from one of the countless bookies. I’d punch and kick him to the ground. I’d take his money and send the notes fluttering towards the clouds like tired seagulls. I’d shout, ‘Go fucking home you fucking prick. You said five minutes.’ Then I’d remember my dad’s magnificent jump shot, snatching me from my disturbing reverie.

Truths I speak will sting for a moment, before they drift meekly into the void

Now, I’m often called on to go and bring my dad back home from the bookies. I can’t mask the chest-crushing resentment I feel as I approach those glass doors. Every time I step inside his strange sanctuary I am struck by the thick sense of loss hanging in the air like smoke, and swirling around each and every person. There is a familiarity in their eyes. They all look defeated. And it is in this moment of recognition that the resentment is consumed by a deep sadness. When I tell my dad that he needs to leave, that he’s been gone for hours, he simply asks ‘Have I?’ I understand that now; he truly doesn’t remember.

I would love to finally have an honest conversation with my dad about his gambling, my resentment and sadness. I know my words will be forgotten almost as soon they reach him. Truths I speak will sting for a moment, before they drift meekly into the void. My dad will be left with the impression that he’s done something wrong and he won’t remember what.

Perhaps this is why I am ready to embrace honesty. Maybe I just want to inflict a little pain. If that is the case, I am a coward, lashing out at a man who forgets everything. So I choose to swallow all that resentment and sadness, letting it sit heavily in my gut like a sunken lifeboat. Either I carry that weight with me until my body turns against me, or I make peace with it all.

The reality is that I am mourning my dad while he lives and breathes. I am grieving for a flawed but good man; a man who came to this cold island from Egypt with nothing and picked strawberries, and cleaned planes, and drove vans full of houmous and olives.

Why had he chosen to spend so much of his precious time on this earth chasing one big win?

A wily mathematician who breezed through his degree without attending a lecture and then built a career as a brilliant teacher; a polyglot, fluent in four languages; my biggest fan who never, ever missed one of my football matches and became known as ‘Ming the Merciless’ for the way he prowled the touchline, cussing out our opponents; a chocolate fiend who still insists on breaking up Jaffa Cakes and Kit Kats over his morning Weetabix. My dad might not always have been there but he was always there.

I am mourning the fading connection to my Armenian identity. Genocide scattered my family across the globe like sunflower seeds. My great-grandparents, orphaned by the killing in 1915, eventually found safety in Egypt. It was our language that allowed us to survive the horror and exist as a distinct people. I wonder, if I had taken the time to sit and learn our mother tongue with him as a boy, instead of running away from it, would his stories live and breathe again today?

Could he tell me in great detail about Baron the gunman, and the Nile at sunset, and Nicosia and Beirut? Could he tell me about what he felt in his heart when he met my mum? Or when I was born? Or how he held us all together when my little brother was sick? I wonder if he could tell me exactly why he’s chosen to spend so much of his precious time on this earth chasing one big win. 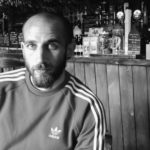 Robert Kazandjian is a writer, teacher and boxer from North London. He has previously written for Media Diversified, Huffington Post and The Independent. His work interrogates identity, masculinity and mental health, with special attention payed to the relationship between fathers and sons.
@RKazandjian
Tags :
Essay