read on
Photo by Travis Grossen

The book that haunts me

By Alice Jolly
Book of a Lifetime | 9 minute read
The writer Alice Jolly on Jim Crace's 'Being Dead' - a book about death that at first seemed cold and detached, then angry and sad, and then full of love...

Being Dead by Jim Crace is a dangerous book. You read it, you find it impressive, you try to put it aside – and you realise that you can’t. I first read it 15 years ago and since that time I have been back to it again and again. My thoughts about it change on each new reading. Sometimes I like it and sometimes I don’t. Sometimes I think it is extraordinary, but on other occasions it seems only coldly clever. Each time I finish it, I hope that I won’t pick it up again but still I do. And so it is that I write this article as a kind of exorcism.

The story is as grim as the title suggests. But the story, and the obsession with decaying flesh, aren’t the problem

Let’s start with the story: it is as grim as the title suggests. A dull, middle-aged couple, Celice and Joseph, who are both zoologists, take a walk along a stretch of coast called Baritone Bay, hoping to revive their marriage by visiting the place where they first met. Instead, they are set upon by a lunatic who murders them. Their bodies lie decaying in the dunes for five days while Crace, in coolly precise and objective prose, tells the reader more than he, or she, ever wanted to know about rotting flesh.

But the story, and the obsession with decaying flesh, aren’t the problem. What is difficult is Crace’s attitude to death – and life. The book starts with a quotation from a poem which begins, ‘Don’t count on Heaven, or on Hell./ You’re dead. That’s it. Adieu. Farewell.’ And he goes on to make the point again and again that, ‘Life is. It goes. It doesn’t count.’ For Joseph and Celise, ‘there’s nothing after death.’ And the universe ‘could not care less.’

So Crace doesn’t believe in the after-life? Well, in truth, there’s nothing shocking about that. The majority of people – if pressed – would probably agree with him. But the problem is that his view of life is equally uncompromising. For him, human life is totally without purpose. Scientists and preachers, he says, ‘Both want to give life meaning because it clearly has none, other than to replicate and decompose. Hard truths.’

Hard, indeed. So difficult, in fact, that, when I read the reviews of the book, I found that most commentators had studiously ignored Crace’s message. One critic claimed the book has the ‘elements of a thriller’, but it doesn’t. No detective turns up to investigate the murders and Crace makes quite clear that no suspect will ever be apprehended. Another critic described the book as ‘a moving love story’, which demonstrates that ‘death doesn’t negate … it invigorates.’ Another explained it as ‘the story of a marriage discovering itself at the very moment that it is murdered.’ Were these reviewers, I wondered, reading the same book that I had read?

Crace does seem prepared to admit that love exists but he certainly isn’t in agreement with Philip Larkin’s view that ‘What will remain of us is love.’ It may be the case that Joseph’s hand remains resting against Celice’s shin even when the process of decay is well advanced, but Crace shows that their marriage is thoroughly compromised. They are not likeable people and only the most optimistic reader could imagine that, were it not for the murderer, they would have experienced some moment of romantic renewal in the dunes.

So there is no after-life, no meaning to our existence, no love, no hope of justice, no redemptive process of mourning … Well, perhaps that’s just how it is

Crace’s attitude to mourning is equally uncompromising. When their daughter, Syl, arrives in the book, the reader, pleading for some comfort, thinks that perhaps Crace will use her to show how the processes of mourning can sometimes be transformative. But no. Crace isn’t prepared to indulge in any of that sentimental twaddle. He makes very clear that Syl didn’t like her parents much. While waiting for their return, she has sex with a stranger in her mother’s bed. And when it’s finally revealed that her parents have been murdered, her main emotion is a feeling of liberation.

So there is no after-life, no meaning to our existence, no love, no hope of justice, no redemptive process of mourning … Well, perhaps that’s just how it is. I had to ask myself if my problem with the book stemmed simply from an unwillingness to accept Crace’s nihilistic vision of the world? But no, I was sure there was something more than that.

I put the book aside for a couple of years but then I read it again, in the hope of identifying that ‘something more.’ But I didn’t find it and, more than that, the book seemed to have diminished since I read it last. Crace’s insistence that both life and death are meaningless had come to seem a little heavy handed. All right, all right, I wanted to say, I get your point. That voice, which had initially appeared so detached, now revealed itself to be charged with suppressed fury. It began to seem to me that Crace was definitely protesting too much.

Of course, most good novelists do write from a place of fracture and in Crace’s case the nature of the fracture, and the source of his fury, are clear. If you are highly intelligent, as Crace clearly is, and you believe that you are living in a world which is entirely meaningless, then you are likely to feel angry. Crace may need his anger, because that’s what powers his book, but for the reader it becomes uncomfortable spending three hundred pages with a writer who is in such a state of conflict.

Also, on this new reading, the descriptions of decay now appeared overdone. Crace, it seemed, was sneering at the dead bodies of Joseph and Celice, and taking pleasure in their destruction. ‘The flies lined up like fishermen along the banks of the bodies’ open wounds.’ ‘Some flies strayed around the bare flesh of her lower body, settled in the hair between her legs or at the tuck of her anus, but found few pickings.’ ‘The swag flies browsed his chest and swarmed between his legs. They gleaned the urine and picked at the semen lacquer on his inner thigh.’ ‘Her buttocks were colourless as lard.’

Still the book bothered me and a few years later I was reading it again. And then finally I got it

And on and on and on. And then the most annoying sentence in the whole book: ‘Grief is death eroticized.’ No-one who has ever lost anyone they loved, I thought, could write something so elegant and empty. Increasingly I suspected some dishonesty at the heart of the book. It seemed to me that, although Crace appears to take the subject of death head on, in truth, his obsession with decaying flesh is actually a means of avoiding a real engagement with mortality. His writing, I thought, is playing to our society’s confused attitude to death. In common with so many modern books, television programmes and films, it shows us death in all its physical details – while protecting us very thoroughly from its emotional realities. So that’s it, I thought, I’ve understood this book now and I’ve also finished with it.

But still the book bothered me and a few years later I was reading it again. And then finally I got it. The secret lies – as it so often does – in the words themselves. And there is no doubt that they are spectacularly good words. Crace examines everything in forensic detail. His two main characters are zoologists and the reader suspects that Crace himself is more naturalist than novelist. He is courageously determined to show everything just as it is – the process of decay, the rapacious insects, the dunes, the coastline.

And he is equally unstinting in his examination of character. Joseph, Celice and Syl may be unattractive characters but they are supremely real. The marriage of Joseph and Celice is full of comfort, compromises, unfaithfulness and boredom in just the way that real marriages tend to be. And Syl’s complacent attitude to her parents’ death, although shocking, is totally convincing. Death can be mundane and trivial, if it is allowed to be that way. More than anything, Crace is writing about the way the world is, not the way that we strive to make it, and hope that it might be.

But the catch is that, when a writer looks at something with such concentrated attention, and faithfully records what he sees, then meaning begins to rise up from his words, whether he wants it to or not. It is always through studying deeply the intricate patterns on the surface that we find a path into the depths. And so it happens that this book is finally full of the things which Crace claims not to believe in – worship, love, hope, eternity, justice. Worship is, in essence, ‘worthship,’ or the business of giving things their proper value. And paying full attention to something – anything – becomes a loving act of the purest kind. Hope is there as well in the relentless renewals of the natural world. And eternity also has its place because words of this quality have their own kind of permanence. Even poor Joseph and Celice are finally supplied with justice through Crace’s exacting documentation of their lives and deaths.

Finally, it is this contradiction which makes Being Dead such an extraordinary book. Crace, through the very act of writing, is undermining his own position. And as readers, we are deep within the troubled mind of an uncompromising writer who is wrestling with the biggest questions of all. This isn’t a book which anyone is likely to enjoy and it certainly wouldn’t be a good idea to buy a copy for your mother-in-law at Christmas. But still I recommend it to you. In the depth and seriousness of its enquiry, it stands head and shoulders above most contemporary fiction. And as for me – did I lay any ghosts to rest? Yes, I think I did. But perhaps if I wait five years I’ll read the book again and find something quite different in it. 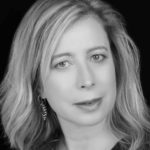 Alice Jolly is a novelist and playwright. She published a memoir in 2015 called ‘Dead Babies and Seaside Towns’ which won the Pen/ Ackerley Prize and one of her short stories won the 2014 V. S. Pritchett Memorial Prize, awarded by The Royal Society of Literature. She has also published two novels with Simon and Schuster and four of her plays have been produced by the professional company of the Everyman Theatre in Cheltenham. She teaches creative writing on the Masters at Oxford University and her fourth novel ‘Mary Ann Sate, Imbecile’ will be published by Unbound in June 2018.
@JollyAlice
Tags :
Book of a Lifetime Booker Prize IMPAC Prize Jim Crace Windham–Campbell Prize