read on
Photo by Jessica Mulder

‘Our language is where we began and where we go’

By Jill Crawford
Essay | 7 minute read
Our voice is meant to reveal where we come from - but accent, and language, are much more complex and mercurial than that

On the strands of Benone, Portrush, Portstewart, at White Park Bay, Cushendall, Cushendun, in Bantry, Dingle, Donegal, and all along the Wild Atlantic Way, as youngsters, we took pleasure in beachcombing for shells, mottled pebbles, desiccated thingamajigs and rubbery, dangly, gooey whatsits spewed by the ocean. We collected them in buckets, sun hats, the cradle of our T-shirts, bringing them home to rinse clean on the floor of the shower. Since then, they have clustered in bowls in our homes, on the shores of our awareness. Occasionally, I will pick one up, rub it, weigh it in my palms, while others linger, ever present but neglected, dust settling to seal them.

A word is a shell with a life inside it, a spirit squirming inscrutably within, supernatural

In a similar way, over time, we gather up language. A word is a shell with a life inside it, a spirit squirming inscrutably within, supernatural. I fancy that these wee potent spirits are canny, ancient creatures, having occupied many other homes and lives than mine; that they have their own ardent will, because language is born of people, charged with our violent and milder impulses. Within us, spirits are jostling.

Evidently, each person’s wordscape is particular and we often think of language as bound to place of origin – our voice is meant to sound out where we come from. But our first sounds are gifted to us and we go on foraging, discovering. Our language is where we began and where we go, place and displacement, and if the tongue is shaped by origin and motion, that movement is of the body and of the mind.

I started to talk in the North of Ireland in a county whose name, like many place names in the region, is disputed, split: Derry/Londonderry. My first word was button; my dad was a draper then. I don’t remember much about the earliest years. I can picture a place, the draper’s shop he inherited when his father suddenly died – an enormous pair of crinkly-edged scissors; stacked rolls of fabric; wheels of ribbon and zip; balls of vivid wool; jars of studs, poppers, buttons; a cumbersome metal till with a heavy drawer that made a ping; and the lady who operated that till and noted the accounts in meticulous ciphers in a cracked leather tome. She shared her name with a tall flower: Lily. That first word button is attached to an extinct place, but the draper’s shop pervades the word. Place and time is preserved within it. For me, it’s a kind of Proustian madeleine.

When I was four, we emigrated to Africa where I took a new tongue, a funny tune, being young enough to sing it unselfconsciously. I came back to Ireland a few years later with an estranging twang and, though I flipped back to the doubled tongue of my homeland, my accent never fixed. I have always been told I sound a bit neither/nor.

We left Durban, South Africa, three decades ago, but odd objects still come to me parcelled up in Zulu or Afrikaans – muti (medicine), koki pen (felt-tip pen), boet (pal), bakky (pick-up truck), tackies (trainers), shongololo (millipede), braai (barbeque). I cannot now say these words aloud without feeling ridiculous, ashamed; they are remnants of early oblivious years as an expatriate blow-in, impostor and free white child in apartheid South Africa. And yet, these words are alive, have not let me go. Sometimes, as my lips open, I hear a phantom of the sound that once slipped from my throat, one so peculiar that my Irish mouth seems distinct from that South African one – eight was an uneasy noun, a vowelly trap that gave me away as a foreigner when I returned to Ireland. From then on, I was a jumble of alien and native. New sounds had displaced the homegrown ones. I became and remained slightly other.

The foreign tongue feels more tentative; Anglo Irish is grounded, darker and gamier, wary of sentiment and mindful of the heart’s absurdity

Since leaving school, I have gallivanted, gathering bits of language that stuck. When I lived in Paris in my early twenties, working as a waitress on the Rue Oberkampf, certain expressions wormed in and nosed out the ones with which I grew up. In my brain, the word seau obliterated the English term. Now I reach for an English bucket and the French shows up. When I drop something, which is often, I say Ooplah! instead of what I was raised to say – Oops! Whoops! Whoops-a-daisy! Shite! Impulsively, I express tenderness in French. It may be that the foreign tongue feels more apt because it is tentative, whereas Anglo Irish is grounded, darker and gamier, wary of sentiment and mindful of the heart’s excess, absurdity.

Some morsels from home are too thingy to get lost. Without them, I’d be another person and wherever I go, they come with – och, craic, so it is and also oxters (armpits), honkers (haunches), sleekit (sly), cowped (nodded off), throughother (untidy), eejit (idiot), skitter (rascal), scaldy (fledgling, puny kid), foundered (freezing), scundered (fed up), it would skin ye (it’s painfully cold), wind yer neck in (pipe down), catch yourself on (wise up). These echo the people I know best. They speak of the past, long before and since I was born. At my funniest and angriest, the language lives here.

Inspired by Fred and Ginger, Torville and Dean, Nina Simone, Baz Luhrman’s Romeo and Juliet and Emily Watson in Breaking the Waves, I began to perform when I was a teenager: first, a school production (Frank McGuinness’s Factory Girls) and then youth theatre in England, followed by plays at university and drama school. Later, I became a professional actor in London, travelling home to Northern Ireland as its TV and film industries bloomed, but also to France, Japan and America. As an actor, I invoke experience to move myself to stir others, those who watch. In the name of play, I’ve possessed words that don’t belong to me, given life to language written for someone else by another, said things I’d never otherwise have said. I have borrowed numerous tongues: Eve, a Donegal factory worker, a runt, a snake shedding her skin, a suburban housewife, a pathological liar, a Russian diva, a teenager from Cork, a Northern potter, a widow, a doctor, an exile, a mute, a drunk, a slut, a ditz, a snob, a zealot, a gardener, a woman who hates Ikea, an Italian princess, a Greek princess, a French princess, a prince, a figment of the imagination, someone who is lost in another dimension, a gypsy, an astronomer, an air stewardess, Julie Christie and She-Ra. I have borne many children. I have married sixteen times. I have had seven illicit affairs and been murdered on three occasions. I’ve screamed, wept, cursed, hissed, spat, kissed and inveigled. I was and was not myself.

Of all these people, I half-remember their names, their clothes, their souls, how they held their bones. My tongue was theirs; their words were mine. Traces are left. Why do bits linger while others slip away? Sometimes, it’s accidental. Other times, I magnetise and hoard shreds of characters that reflect parts of me.

When I am letting go of a character, the last thing to leave is her voice, the noises she makes. Yet the language remains somewhere, pristine or fragmented, snatches and rhythms scuttling and rolling across my awareness. And though my tongue will shrink back, it is looser, thinned. People enquire where I come from, ask me to justify giving up an old tongue that no longer fits in my mouth. Mine has travelled, stretched too far. There is new language, emotion; I have changed.

When I was twenty-five, I played a woman named Laura Jesson in Still Life, a Noel Coward play and the origin of the film Brief Encounter. Laura speaks a formal, dated, middle-upper class English. It was necessary to absorb her voice into my body, let in her language without parody or distance. My mouth reshaped itself. She worked inside me and I became aware of a muted suspicion I harboured toward those who speak like her: they were distinct from me, threatening; I could not identify with them. The act of assuming this character, feeling and conveying her interior life, dispersed that suspicion, if only because I recognised it as a limitation, a failure of imagination, inchoate prejudice.

I can accommodate a whole clatter of tongues, versions of being

Jumbledness opens, complicates. Now and again, in real life, I am tempted to make a less motley sound, perform a more authentic voice, some unadulterated accent I have never owned; but I can accommodate a whole clatter of tongues, versions of being. It seems to me that the more we contain, the bigger our range, the bigger our cage, that space in which we live and move and alter.

If it form the one landscape that we, the inconstant ones,
Are consistently homesick for, this is chiefly
Because it dissolves in water. 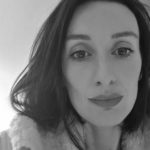 Jill Crawford is rural Northern Irish and the present John Boyne scholar at University of East Anglia. She is also a professional actor and studied English Literature and French at New College, Oxford. Her stories, Safe in a Box and A Thin Place, were published by The Stinging Fly and n+1 in summer 2017. A novel is in progress, supported by the Arts Council of Northern Ireland. Jill has lived in Belfast, Durban, London, New York, Oxford, Paris, and now Norwich.
@crawjill
Tags :
Essay accent Derry Ireland language

As Ireland took a referendum on its strict abortion laws, one writer presented powerful reasons for overturning the 8th Amendment.