read on
Photo by Sharon McCutcheon on Unsplash

That was the year in books

By Katy Guest
Review | 8 minute read
From #MeToo to 'Eeew!' – journalist, critic and Boundless contributing editor Katy Guest looks back on the books that defined 2018

One of Time magazine’s ‘People of 2017’ released a seminal book for 2018 in January, beginning a year in which women’s voices were heard louder than ever. Rose McGowan’s claim that Harvey Weinstein raped her in a hotel room in 1997 kick-started the #MeToo movement, liberated victims to speak about their experiences, and led to a cascade of women taking back control. The campaign, 12 months later, has kept up its momentum. McGowan’s memoir, Brave, described growing up in the commune, The Children of God, as well as a period of rehab and homelessness, and her career in that other cult, Hollywood. Visceral, angry and crackling with furious energy, Brave set the mood for a year of powerful reading.

Women may have been overlooked before, but they’re not going to be overlooked in future

February 2018 marked the 100th anniversary of some women winning the right to vote, and publishers were happy to celebrate it. The start of the year saw books published by Helen Pankhurst (Deeds Not Words: The Story of Women’s Rights – Then and Now); Dr Diane Atkinson (Rise Up Women! The Remarkable Lives of the Suffragettes); Jane Robinson (Hearts and Minds: The Untold Story of the Great Pilgrimage and How Women Won the Vote) and Millicent Garrett Fawcett, who led the NUWSS from 1890-1919 (Women’s Suffrage: A Short History of a Great Movement). But the trend for feminist books didn’t stop there. This year, dozens have been published, by authors including Jo Brand, Helena Kennedy, Ruth Davidson and Mishal Husain. And it won’t stop with them, either. In September, Unbound launched The Philosopher Queens by Rebecca Buxton and Lisa Whiting, which funded in an astonishing three weeks. Women may have been overlooked in the history of philosophy until now, but the book world seems to be making sure that women are not going to be overlooked in future. 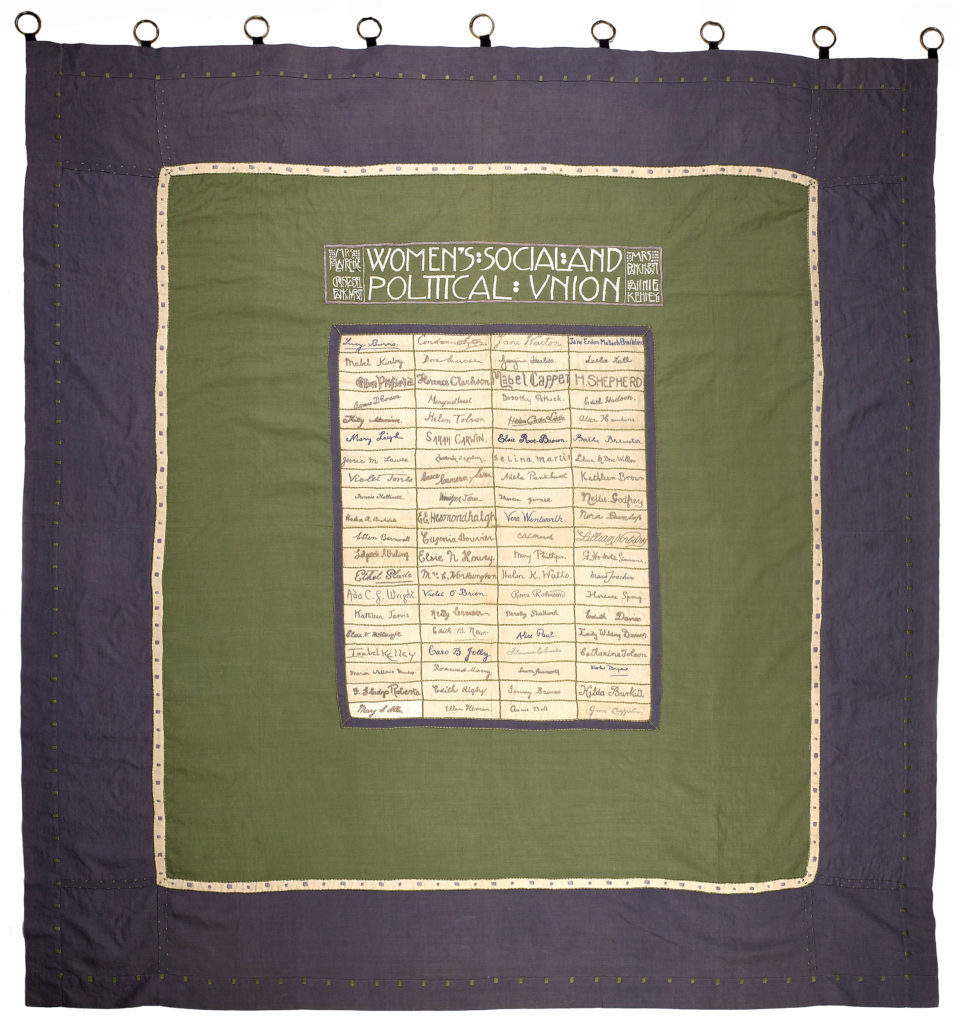 The ideal book for spring 2018 was a contemporary retelling of a famous Greek drama by a brilliant female author that put women centre stage. Madeline Miller told the story of Circe. Natalie Haynes’ The Children of Jocasta put the peripheral female characters at the centre of the Oedipus and Antigone stories. But Kamila Shamsie’s Home Fire (published in paperback in March) defined the year in unexpected ways. The novel, a retelling of Sophocles’ Antigone, won the Women’s Prize for Fiction and was shortlisted for the Costa Novel Award and longlisted for the Man Booker, but it was also credited with predicting the future. It had as a main character a British Home Secretary of Pakistani Muslim heritage, whose name in the book was Karamat Lone. Shamsie’s first instinct while writing the book was to dismiss the idea, she wrote in the Guardian. “A Tory with a Muslim background holding one of the great offices of state? Ridiculous.” So, when Sajid Javid became the Tory Home Secretary in May, echoing the plot of her novel, she was nervous. Will Javid turn out to be anything like her Home Sec? “I can only say, as I contemplate the Britain we live in today and think about the Greek-tragedy inspired novel that I wrote: oh God, I hope not.”

In April this year, everyone was talking about the Eighth Amendment of the Irish Constitution Act 1983, which guaranteed the right to life to an unborn child. The campaign to Repeal the 8th, culminating in a positive result in the referendum of 25th May, divided Ireland, and led to Facebook banning foreign ads, American activists sneaking into Ireland… and an eponymous Unbound book by Una Mullally with contributions from Aisling Bea, Anne Enright, Lisa McInerney, Caitlin Moran and others. In 1918, women in Britain won the right to vote. In 2018, women in Ireland won the right to control over their own bodies. History moves slowly… but this move felt like another small victory for women everywhere. 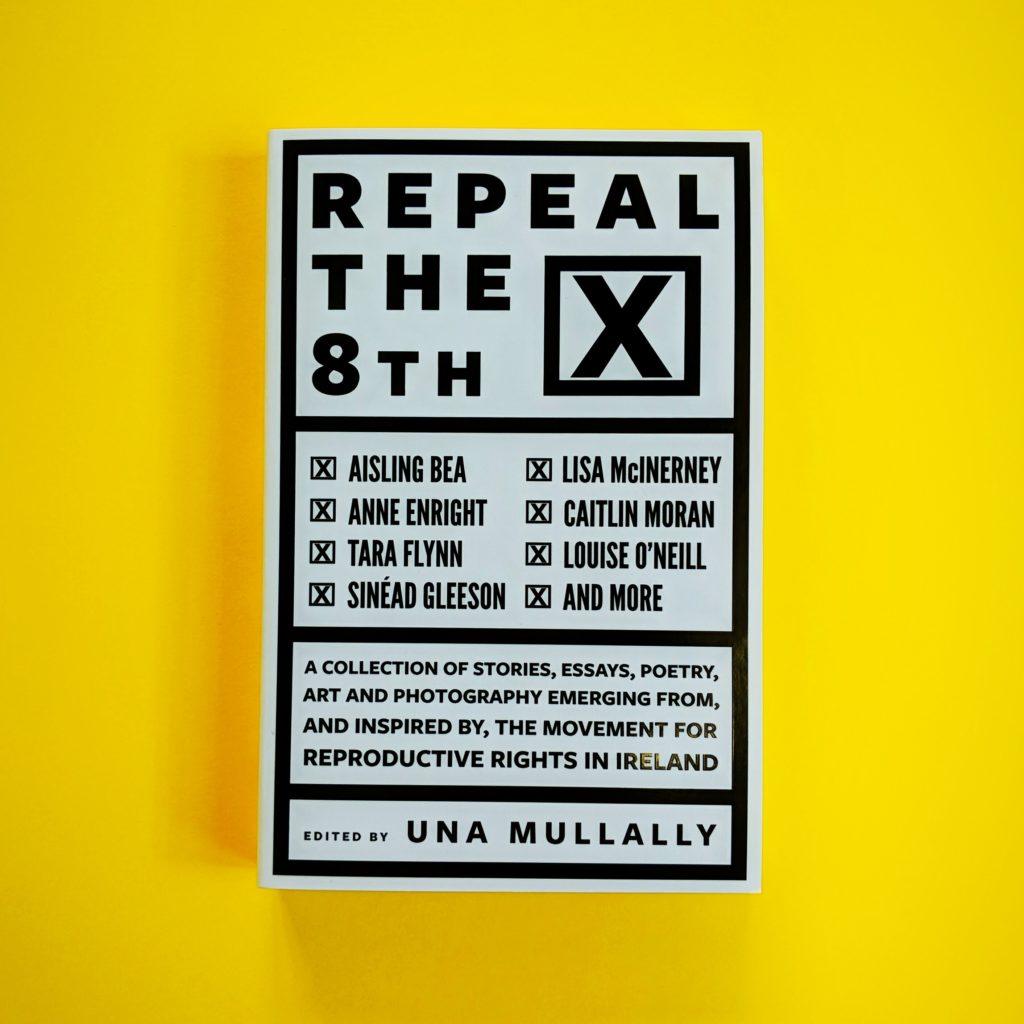 When a man so talented that he’s won Best Hip Hop Act at the MOBO Awards and beaten Sir Ian McKellen in a how-to-recognise-Shakespeare competition writes a book about race in Britain, Britain should pay attention. Akala’s book Natives: Race and Class in the Ruins of Empire – partly a memoir about growing up mixed race in Britain, and part laser-sharp dismantling of this country’s imperial past – became a bestseller when it was published in May, and won the plaudit from David Olusoga that “The book it best resembles is The Autobiography of Malcolm X”.

Matt Cain’s The Madonna of Bolton was turned down by more than 30 publishers, who said not-very-subtle things such as: “it’s just such a tricky area of the market that I’m not sure this story has a strong enough hook to really appeal to a mass-market readership” and “This type of book really needs to fall into the literary fiction arena, think of Edmund White or Alan Hollighurst [sic]”. The novel, about a young boy, growing up gay in Bolton, obsessed with Madonna, was snapped up by Unbound and crowdfunded in a record seven days, with support from celebrities including David Walliams, Mark Gatiss, Jenny Colgan and Gok Wan. It was rushed to publication in time for summer holidays in June. 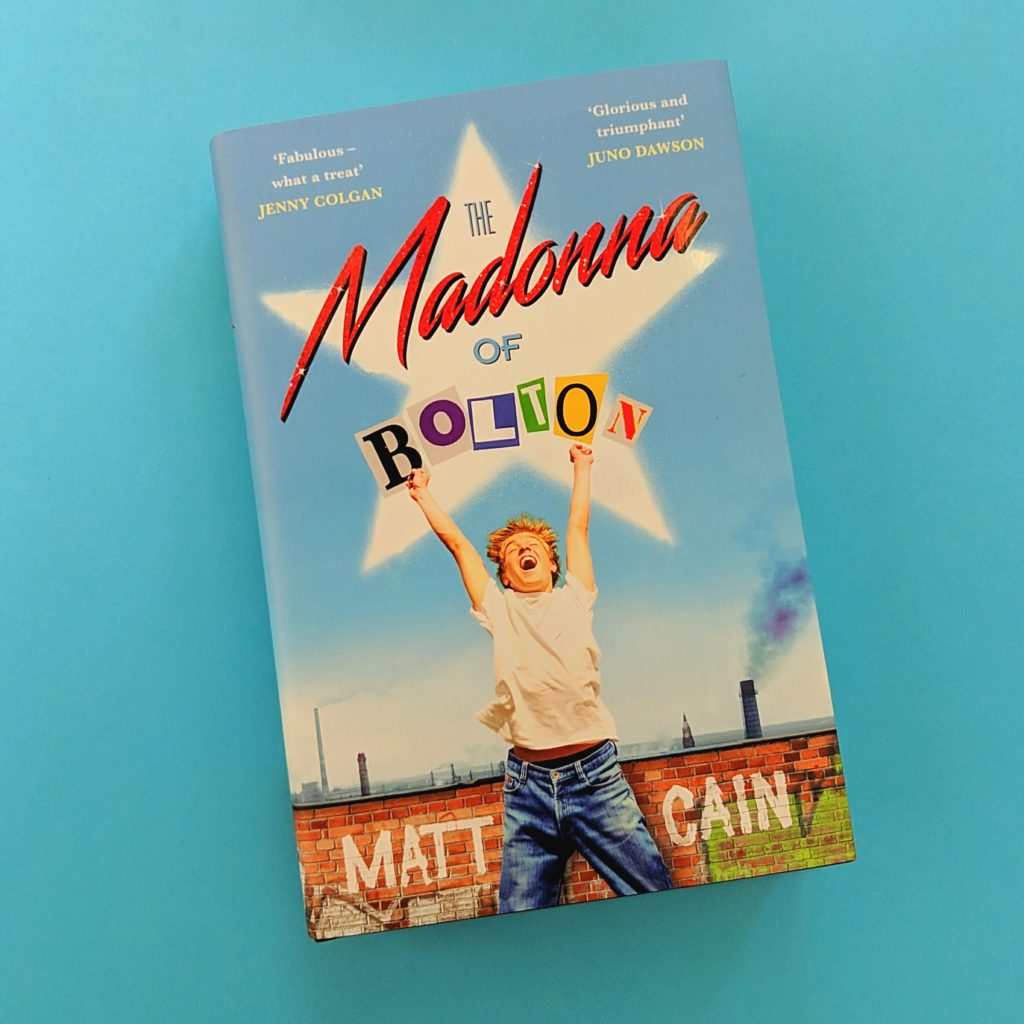 Nick Drnaso’s book Sabrina became the first graphic novel ever to be longlisted for the Man Booker Prize in July, and that wasn’t even the book news of the month. The more important story was about Yomi Adegoke and Elizabeth Uviebinené’s book Slay in Your Lane: The Black Girl Bible, which was the subject of a nine-publisher bidding war and was lauded by everyone from Sheryl Sandberg to Sadiq Khan. “Black women today are well past making waves”, they wrote, “we’re currently creating something of a tsunami.”

The book I wish would become the book of the year was also published in July. Eugenia Cheng’s The Art of Logic is about how to have better, more productive arguments using the language and principles of mathematical logic. It is a brilliant and important book, and should be a must-read for anyone who wants to engage with someone they disagree with on Twitter, or even over the Christmas turkey. 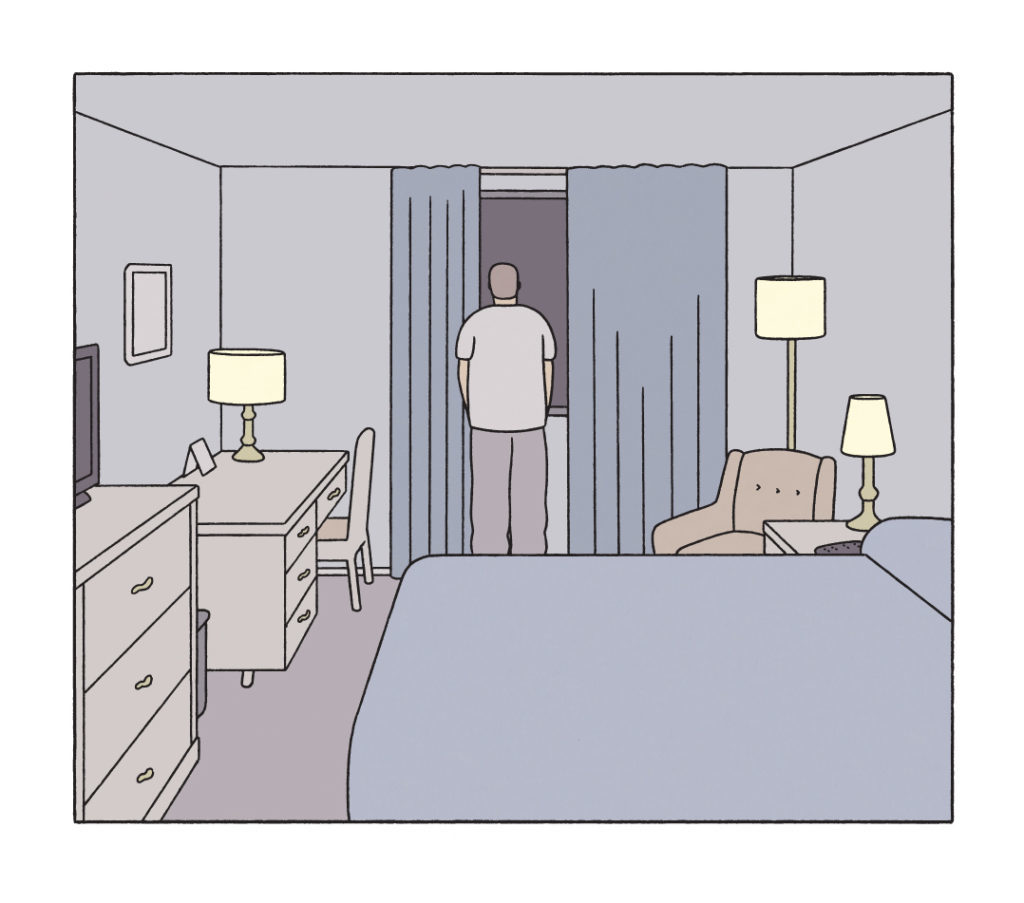 Angela Saini’s Inferior: How Science Got Women Wrong and the New Research That’s Rewriting the Story is a smart, fascinating, evidence-based 2017 book that nonetheless seemed unlikely, initially, to set the world alight. That was until Dr Jess Wade found out about it, and turned it into a nationwide sensation. Wade is the British physicist who single-handedly wrote 270 Wikipedia entries in one year, to more fairly represent the prominence of female scientists, and because she wasn’t already busy enough she also set up a crowdfunding campaign in August to pay to send copies of Inferior to all-girls’ state schools. The campaign exceeded its target many times over, and is now able to send a copy of the book to every state school in the UK. How’s that for the inferior sex?

If you didn’t come home from your summer holidays and spend all of September raving about how much you loved Sally Rooney’s novel Normal People, it’s really about time you read it so that you can pretend you were in on it from the start. The book has been named Waterstones book of the year, thanks to young booksellers who just can’t stop recommending it, and it’s the book that millennials are saying “defines a generation”. The novel is, at its simplest level, about two people who meet and fall in love, but young people see it as a validation of their troubles and hopes, at long last. Rooney is the “Salinger for the Snapchat generation”, according to her editor at Faber. Salinger will be blushing in his grave.

Jonathan Coe’s novel ‘Middle England’ is all about political correctness, the rise of populism, and a couple who fall out over the EU referendum – Brexit personified

It wouldn’t be a round up of 2018 without mentioning the B-word (sorry), and at least one upside of Brexit is that it is inspiring some excellent writing. Ali Smith’s Winter, part of her seasonal quartet, was released in paperback in October and is especially worth mentioning now for its scene set around a dinner table at which the most divisive topic of the year pops up to ruin Christmas. Novelists such as Amanda Craig (with Lie of the Land in 2017) have already tackled Brexit, immigration and the bizarre current state of the nation, and this autumn Jonathan Coe added his voice with his novel, Middle England. It’s all about political correctness, the rise of populism, and a couple who fall out over the EU referendum. Brexit personified. 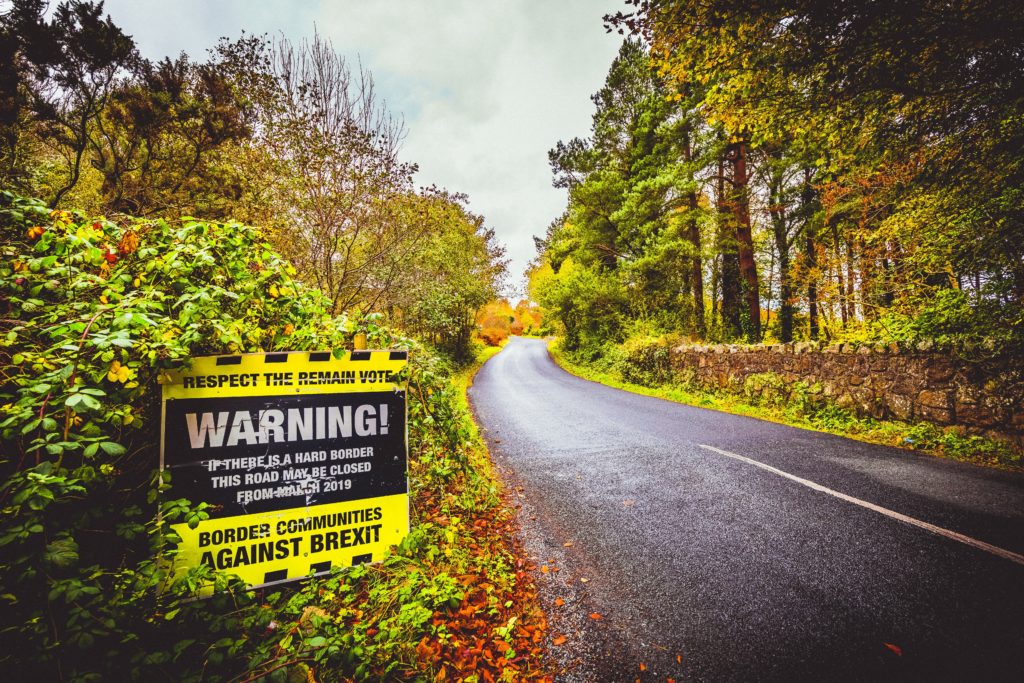 Photo by Jaime Casap on Unsplash

In the USA, women are fighting back in great numbers – and to be fair, they have a lot to fight back about. Margaret Atwood’s The Handmaid’s Tale, first published in 1985, has come to seem frighteningly prophetic in Trump’s America, and with impeccable timing Atwood has announced that she is writing a sequel. The Testaments will be published this coming September, and will be set 15 years after Offred stepped into that van at the end of The Handmaid’s Tale. “Dear Readers,” wrote Atwood, announcing the new book in November. “Everything you’ve ever asked me about Gilead and its inner workings is the inspiration for this book. Well, almost everything! The other inspiration is the world we’ve been living in.”

Meanwhile, Michelle Obama’s memoir, Becoming, was published on 13 November – warm, angry, generous, honest, and full of hope. It is currently selling more than 90,000 copies a week, and has just been announced by Nielsen as the official Christmas number one, making Obama the first woman since JK Rowling in 2008, and the first person of colour ever to take the top spot. She has even beaten David Walliams. Can we smash the patriarchy? Yes we can!

This year saw the world grow ever wearier of entitled men and creepy sexual advances, but some people obviously missed the memo, including the all-male shortlist for the 2018 Bad Sex in Fiction Award. The extracts nominated for the prize, which is given to “an outstandingly bad scene of sexual description in an otherwise good novel”, included a scene in Haruki Murakami’s Killing Commendatore which appears to depict a man ejaculating “violently” into a sleeping woman. The man who was awarded the prize in December was James Frey, who also wrote about ejaculating, repeatedly and in minute detail, while failing to notice anything in particular about his female characters. Frey said he was “deeply honoured and humbled” to receive the award, but female readers everywhere hope that its point will eventually sink in.

Katy Guest is a commissioning editor at Unbound and contributing editor to Boundless. She also works as a freelance reviewer, editor, journalist and events chair. She was the literary editor of The Independent on Sunday for seven years, and a journalist at the Independent titles for 18. Katy has judged prizes such as the Aesthetica short story award, the Desmond Elliott Prize and Fiction Uncovered. She writes for publications including the Guardian, the TLS, the-pool.com and Mslexia.
Tags :
Review Bad Sex Award Books books of the year Mishal Husain Rose McGowan Saini Shamsie