read on
(Photo by Christophel Fine Art/UIG via Getty Images)

Stories that are written in the cards

By Fiona Wilson
Essay | 9 minute read
The art of tarot has fascinated authors from WB Yeats to Shirley Jackson. Why, and what are the parallels to literature?

Let’s begin with a story. In this story, we meet our heroine on the brink of a journey.

Our heroine has been living an ordinary life but she knows something is missing. So one day she decides to embark on an adventure, blissfully unaware of the challenges that lie ahead. No sooner has she left her everyday world than she begins to meet a cast of strange and fantastical characters who have lessons to teach her. Some want her to take action, others want her to turn inwards to learn about herself and some set her challenges. All of them show her a world she could not have imagined existed before she set off.

All sorts of questions arise: What is her purpose in life? Should she follow her desires? Before she can begin to work out the answers, the wheel of fortune spins and her world is turned upside down. Our heroine is forced to face her demons, and everything she once held to be true has to collapse before she can move forward.

But her troubles will pass and the sun will rise again in the morning: our heroine, having survived her adventure, has learnt lessons that she can share with others after she has closed this chapter of her life.

If this narrative arc sounds familiar to you, that is because it is. This is the ‘hero’s journey’. In 1949 the anthropologist Joseph Campbell published The Hero With a Thousand Faces, in which he argued that within all the central myths of ancient cultures, you could find variations on one underlying pattern: ‘a hero ventures forth from the world of common day into a region of supernatural wonder: fabulous forces are there encountered and a decisive victory is won: the hero comes back from this mysterious adventure with the power to bestow boons on his fellow man’.

His book captured the imagination of a canny young script analyst at Disney named Christopher Vogler, who took Campbell’s epic study of mythology and boiled it down into a seven-page flat-pack guide. This became The Writer’s Journey, which influenced a generation of screenwriters and filmmakers, not least of all George Lucas.

You will recognise the hero’s journey from the Bible as well as blockbuster films from Star Wars to The Matrix, bestselling novels like the Harry Potter books to Lord of the Rings, superhero narratives such as Spiderman and fairy tales like Cinderella. It’s also the narrative behind the Major Arcana of the tarot, which I began learning about a couple of years ago. 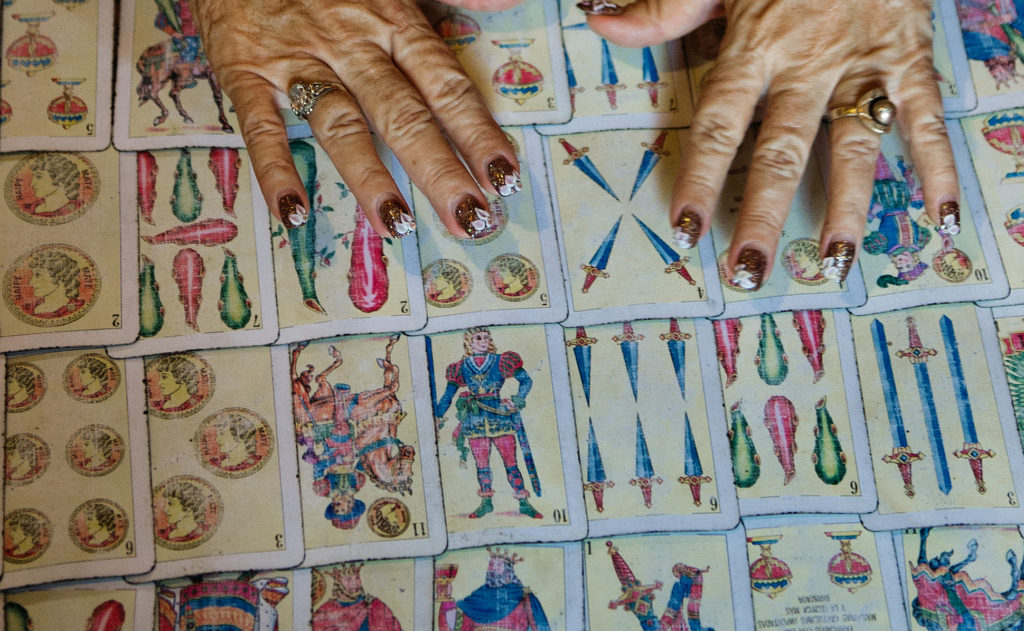 I am introducing the subject of the tarot in this way because this is exactly how I came to it: not as some strange supernatural, divinatory device (which I do not believe it is) but as a way of narrating and exploring our lives and experiences.

At that point, I was a book critic for The Times, reading and deconstructing piles of books every month. As I began to play around with the tarot, what struck me was the similarity with my day job: beginning, middle, end; plot, character, action. Rinse, repeat. What I was dealing with was storytelling.

A year ago, I signed up to a course to become if not a qualified tarot reader then someone with a rather comical certificate congratulating me on my class attendance. My group felt a little like a group therapy session – everyone who had signed up was trying to make sense of a difficult time in their life. Together we began the slow process of studying the cards and the suits, their individual meanings and how they might be understood in the context of each other.

For the uninitiated here is a very rough guide to the cards: my tarot deck – the standard-issue Rider-Waite-Smith deck – is made up of seventy-eight cards representing people, archetypes of personalities, situations and events. The Major Arcana symbolises the major characters and plots in our lives and the stages of psychological and spiritual growth we can all travel, if we choose.

Then there is the Minor Arcana, which covers the subplots and the details. There are four suits: cups, swords, coins and wands. Cups signify water and our emotions; swords are symbolised by the air and relate to matters of the mind; coins are an earth element and they relate to our worldly needs – food in the fridge, money in the bank; wands are fire and represent our energy, whether that’s our desire to begin new creative pursuits or start new projects.

One popular spread (a word used to describe how the cards are laid and read) is the celtic cross. The readings begin with the querent (a word I love) – the one who seeks – placing down a card on the table. This represents themselves. The next card describes what situation you are facing. Others tell you what’s been going on in your past to bring you to this situation. And yet others suggest what will happen to you in the future, how the people around you are affecting your journey, your hopes and fears, and how the story might conclude. The reader’s job, as the cards are laid out, is to connect the dots. You’re not telling someone’s future; you’re simply helping them find a narrative to hold on to.

What I loved most of all was watching others give readings. As my understanding of the nuances of the cards grew, so too did my appreciation for the people who had a knack for reading them convincingly. Some students believed they had psychic gifts. Perhaps they did. My feeling was that they were Lynn Barbers in disguise – intuitive interviewers who could spot a thread and knew when to keep pulling at it. Tarot is, after all, a conversational device. And this was my biggest surprise. When I went out into the world to offer readings to friends, almost everyone loved being read (once they’d got over any initial snobbery). People enjoy their own story being writ large, and their daily challenges presented as a hero’s necessary struggles. At a dinner with my husband’s thirty-something male friends the initial reaction when I pulled out my cards was somewhere between sneering and intellectual pity. But, listening to their own situation being described, they were as intent on the interpretation as any nine-year-old with a party magician.

Some evenings, I will draw a card from the deck and consider how it reflects my day: sometimes after a particularly frustrating week, I would draw, yet again, the Ten of Swords (which depicts a man lying face down with not just one sword in his back but ten – talk about overkill) and wonder if there might just be something to it.

You might be thinking, surely you could use these cards to write a fabulous, inventive novel? And you would be right. Italo Calvino’s The Castle of Crossed Destinies (1973) imagines a group of travellers who have inexplicably lost the power to speak and have to share the story of their journey through tarot cards.

Shirley Jackson, who is described by her biographer Ruth Franklin as a ‘writer, housewife and witch’, read the tarot and used the card the Hanged Man as the inspiration for one of her stories, Hangsaman (1964), a weird brew of autobiography and fantasy.

Jackson’s interest in tarot and the occult was ‘a way of embracing and channelling female power at a time when women in America often had little control over their lives’. Which makes a significant point: the tarot in literature is rarely just about tarot.

I came to the poet W. B. Yeats at university without realising that he not only believed in magic but that he basically thought he was a wizard, a point that scholars of his work often brush over. From his membership of the Golden Dawn to his participation in the occult subcultures of Victorian London, Yeats’ obsession with the spiritual world infused his poetry and his world view. He had begun publishing his own books on folklore and imagination at a time that his biographer Professor Roy Foster points out was a golden moment for anthropology and studies of comparative religion. Yeats had travelled with the Irish dramatist and folklorist Lady Augusta Gregory to the west of Ireland to study folklore, gathering stories of Irish heroes, great legendary figures and magic goings on from the cottages around the area, and linking these stories to other great mythologies. Yeats believed in the idea of a common memory out of which poetic and spiritual inspiration emerged. 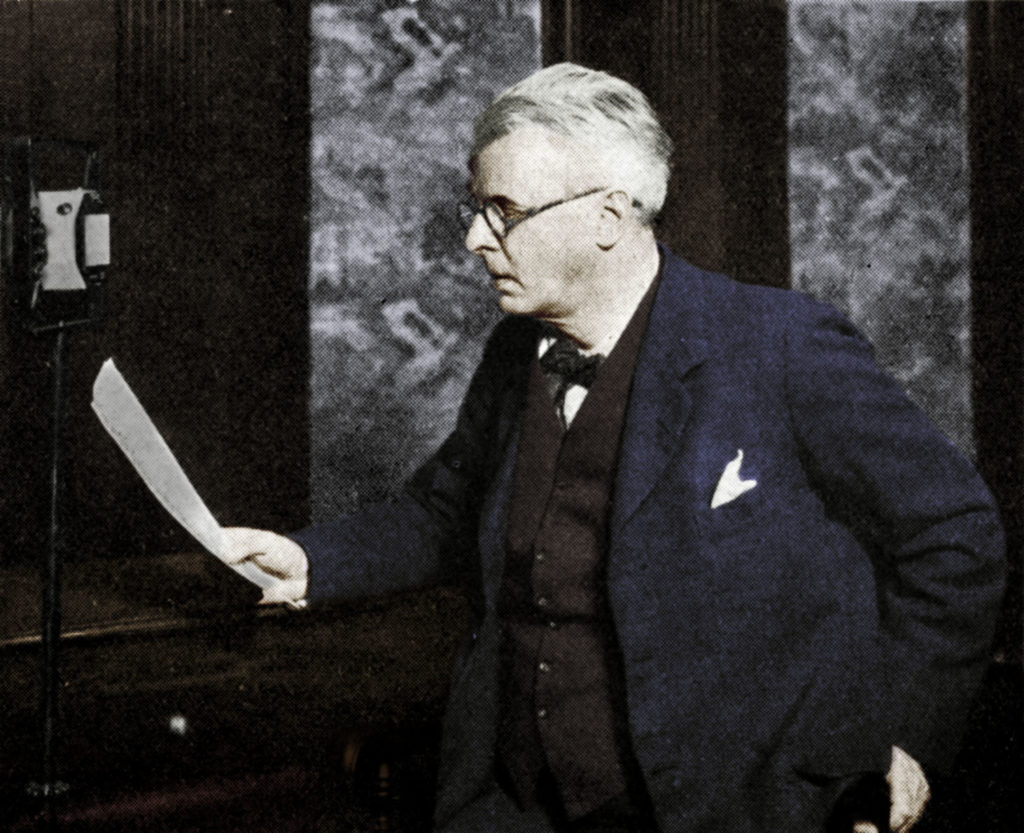 W. B. Yeats not only ‘believed in magic but basically thought he was a wizard’ (Photo by Culture Club/Getty Images)

The more I read about the tarot’s impact on western literature, the more I began to wonder about the great breadth of other cultures’ mythic symbols. Take witchcraft, for example – in Nigeria, it’s believed to be a substance that grows on your heart, giving the individual magical powers. In southern Africa, the Swazis thought witchcraft was a virus, transmitted from mothers to their children. In the New Guinea Highlands, the Hewa people believed that a witch was a person with a being like a small human foetus living inside them, which made them crave flesh. The image of a woman riding a broomstick was first found in the margins of a fifteenth-century French manuscript. We have the Mesopotamians to thank for our fear of demons while the Greeks taught us that magic wasn’t compatible with religion.

Ronald Hutton, a professor of history at the University of Bristol and one of our foremost authorities on ancient, medieval and modern pagan witchcraft, has written at length on the subject (if you are interested in the subject, you could try his latest book, The Witch). He points out that witchcraft has long been a weapon used against the weak and marginalised, particularly women. Today, the figure of the witch ‘remains one of the very few embodiments of independent female power in Western culture’. Perhaps this is why, in an age of political uncertainty, we are seeing a resurgence of interest in the occult, witches and the tarot.

For me, falling in love with the tarot has not been a gateway to the supernatural, nor has it signalled a shift to a hempy pagan lifestyle. But it has helped me to think about the seemingly mundane and everyday struggles and inflection points of my life as something more heroic. As something more linked to the myths I have read about a hundred times. It has helped me to take time to reflect in a way that is perhaps not entirely different to what some find through meditation or prayer. Tarot has seen a massive resurgence in the past few years. Whether you are a writer looking for a set of mythic symbols to help stir creative juices or simply want to look at your life a little differently, the answers could lie in the cards. 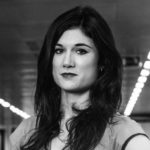 Fiona Wilson is New Projects Editor at Unbound. Before this, she spent the better part of the past decade at The Times as an obituarist, a feature writer and most recently as the books commissioning editor.
@FionaWilson_
Tags :
Essay occult Shirley Jackson Tarot WB Yeats