By Meike Ziervogel
Essay | 9 minute read
A publisher visited the Shatila refugee camp to teach a three-day writing workshop in hope to collect enough stories for a collaborative novel. Here is who she encountered

At the beginning of 2017 I approached the Lebanese-based NGO Basmeh & Zeitooneh (The Smile & The Olive) who run community centres in a number of refugee camps including Shatila in Beirut. I had decided that I wanted to find a group of Syrian refugee writers, teach them my ideas of good storytelling and then see what their imagination produced. I had set my mind on Shatila – the camp made infamous by the 1982 massacre. I was also aware that this was a camp originally set up in 1949 for 3,000 Palestinian refugees but now housing up to 40,000 refugees following the Syrian crisis. I was clear in my mind that I didn’t want flight stories from the writers. These have been covered enough in our media. I wanted to address something else, something that comes from my experience as a story writer: the power of collaborative imagination to open up new ways of remembering, and with it a new vision of the future. 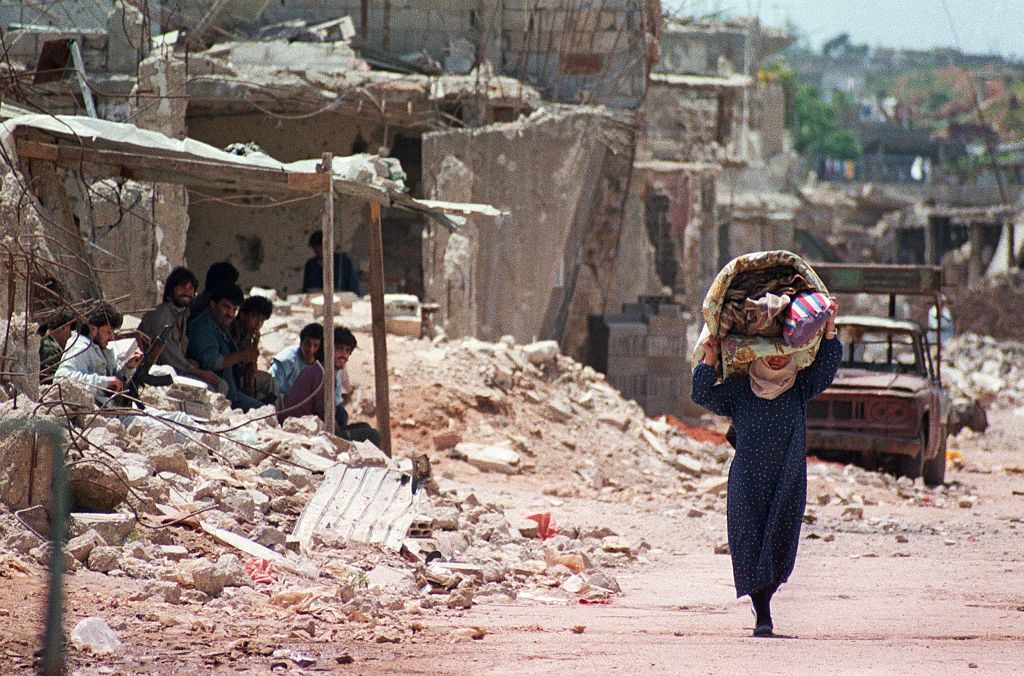 Shatila then: a Palestinian woman passing a Syrian checkpoint at the entrance of Shatila refugee camp, 1988 (RABIH MOGHRABI/AFP/Getty Images)

When I start a new novel I have a vague idea of what I want to explore. In the course of writing this idea becomes clearer. Images emerge, characters materialise, a plot evolves. Yet, something is not right. So I rewrite, revise, add, cut. Until the story is finished and has turned into a compelling read. Only when the book is complete do I truly understand what the story is about. The real creative motivation is always different from the (conscious) idea I had at the beginning. Writing the book has made me see something different, made me understand something I didn’t know before.

I don’t work alone. My partner is always my first reader. He reads each draft with an eye on the mechanics of the story. He doesn’t care about the idea I’m trying to express. He cares if the story makes sense within its own logic. If it jars, I need to find a solution. It is this collaboration between my partner and I, between the editor and the writer, that allows the story to find its own momentum, so that it can express what ‘it’ wants to express, and not whatever idea I had in my mind. So that I as the writer can go beyond myself to become the vessel for something far larger, and unforeseen.

Armed with that knowledge, I arrived in Shatila last July. I had brought with me the London-based Syrian editor, Suhir Helal. Over the previous six months Suhir had helped me to brush up on my Arabic and together we had worked out a programme for the three-day-creative writing workshop. In the meantime, Basmeh & Zeitooneh had run a pre-selection workshop and had sent us twenty short writing samples. Each participant had been asked to write about their name. Most of them struggled to write proper Arabic and organise their thoughts. Suhir and I didn’t choose the ten best extracts. That was not an option. We chose the ten least worst. There was only one piece of writing that had been interesting to read. In all honesty, both Suhir and I were worried even before we boarded the plane to Beirut.

When we arrived in Shatila our anxiety levels rose further. On the first day every single participant turned up late. Some for good reasons because the life of a refugee can be chaotic, others because time keeping did not rank high in their priorities.

Shatila is governed by various opposing Palestinian groups. The Lebanese police do not enter the camp. If there is trouble, the ambulance waits outside to receive the injured and dead. Taxi drivers drop you a few streets away. And once inside I spotted many young men carrying their handguns tucked into the back of their trousers. Yet, normal life goes on here like anywhere else.

Over the course of the workshop the writers dealt with many challenges: mainly illnesses due to the atrocious hygiene in the overcrowded camp, and sudden deaths of family members: One participant’s niece was killed by the low hanging electric cables, a grandmother slipped badly in one of the camp’s muddy alleys and someone else’s father died in Syria. These are just some of the reasons why participants skipped hours here and there during our precious three days. In addition, the room that was available to us at the Basmeh & Zeitooneh centre was as hot as a sauna, contained no fans and shared a dividing wall with the primary school’s music and dance class. And of course we had no computers, only pen and paper. The participants’ ages ranged from eighteen to forty-two. Most had arrived in the camp from Syria during the last five years. Some had never completed their formal schooling and quite a few had never read a novel in their lives.

Halfway through the first day I hit rock bottom. This was never going to work, I thought. And I scolded myself for being so naïve to come here in the first place. I worried that we would produce a ‘poor-refugee-can-also-write’ kind of book. And that sort of book would not make me proud. Anyway, since I couldn’t just walk out then and there, I decided to finish the three-day workshop first but then pull the plug. But towards the end of the first day, something changed. Inside myself and inside the writers. Their concentration and determination became palpable.

At the beginning, the writers were told that if they wrote a story which we are able to use in the book, they would receive an advance and royalties from the book sales. We also explained that the book would not be a collection of short stories but that we would take their stories and interweave them into a coherent, single narrative. That interweaving would be done once their stories had been translated into English.

But first the writers had to produce good stories. The stories had to take place in Shatila and they had to be fiction. We concentrated on the most important aspects of story writing: A story needs to have a beginning, middle, end. There needs to be an external conflict that changes the course of the story and an internal conflict within the main character. All characters need to want something, but only one thing. And most importantly: a story is made up of concrete scenes not abstract thoughts. Each day we read one short story by a well known writer and completed a number of ten-minute writing exercises which we then read aloud and discussed. 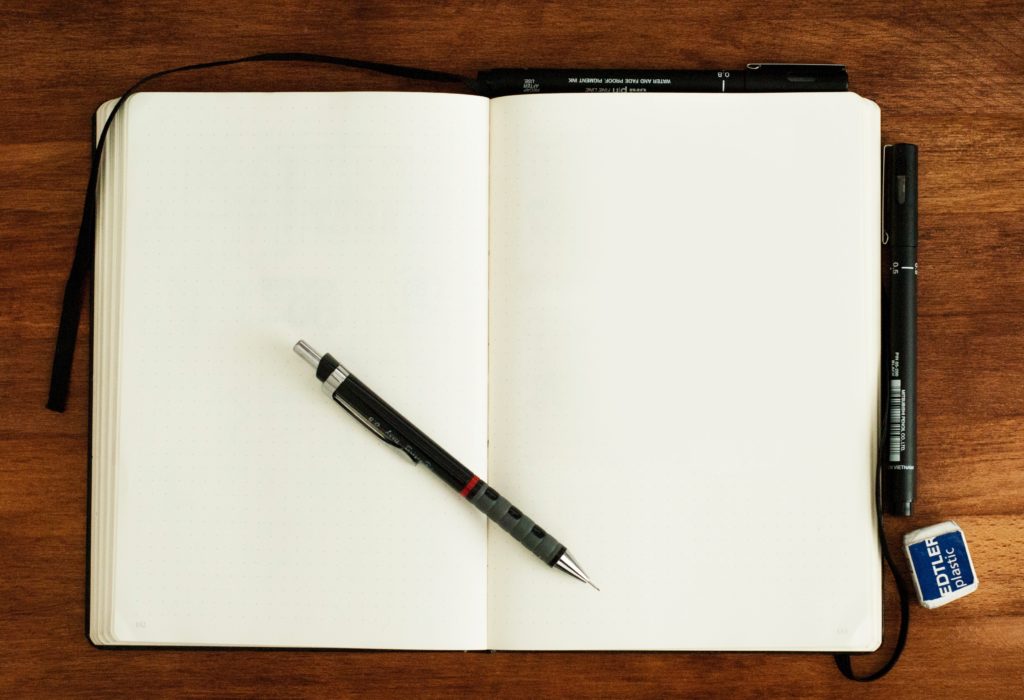 ‘In face of human catastrophes such as the Syrian refugee crisis, how can we alter our thinking to affect change?’ (Mike Tinnion)

There were many fiction writing techniques we did not teach, such as voice or points of view or even choice of tense. All of this I was sure we could deal with in the editing process. In fact, I stressed that if the writers wanted they could change between past and present and switch between I and he and she. And if it’s easier to write in colloquial Arabic, they could do so. Or change between standardised written Arabic and a vernacular, even within a paragraph. The most important task was to progress the storyline and bring Shatila alive on the page.

After the workshop the writers each had six weeks to deliver a 4,000-word, typed story draft. During that time we kept in touch as a group via WhatsApp. There was only one person who delivered late. But he, too, delivered eventually. Impressive for any group, but especially for the Shatila writers. Most of them don’t own a computer and so had to line up to use the one at the Basmeh & Zeitooneh centre. In addition, constant power cuts made any typing a painfully slow progress.

We received four almost perfect stories, and five interesting drafts. There is a girl whose father wants to pay for a debt at the grocer’s by marrying her off, a man whose best friend is killed by the low hanging electric cables in the camp, a Palestinian boy who has a visa to travel to Canada but with a grandmother who stands in his way, and a young woman who falls in love with a freedom fighter.

So why was it possible for the course participants to apply what we were teaching them with so little practice and in such a short time span? Why did they succeed where many other creative writing students fail?

‘From my experience [with the workshop] I learned to live with my characters, to see them through my own eyes. I feel that through my characters I’m present in the story. The entire story is worked through my perspective,’ said Safiya Badran.

‘I’ve needed this opportunity for such a long time. I had a lot of thoughts to write down but I didn’t know how to direct and express them. I have now learned how to organise my thoughts and I’m so happy to write the story,’ said Omar Ahmad.

Omar and Safiya are two of the writers who delivered excellent stories. They brought to the project two qualities that cannot be taught: enough humility to learn the craft and a terrific story to tell. 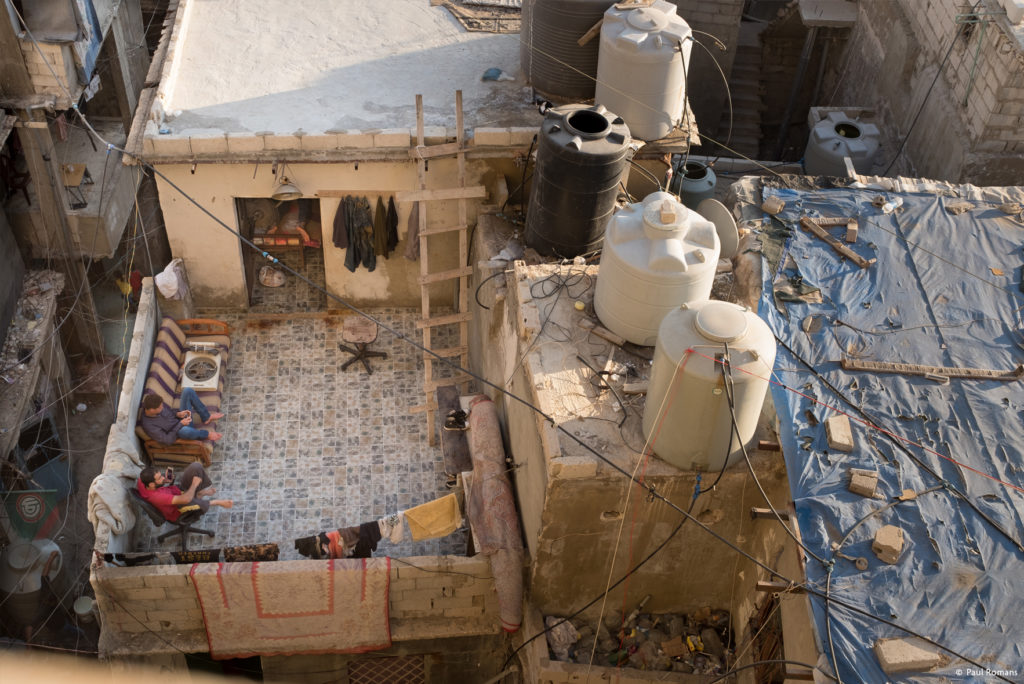 In October, Suhir and I went back to Shatila and sat down with each of the nine writers individually to bring out the strengths in their stories. By that time we had an idea about the main conflict, which characters we could amalgamate and how to develop the subplots. With some writers we concentrated on sections or even just paragraphs from their stories, with others we helped them to bring out the voices of their characters or tighten the plot line.

The translator, Nashwa Gowanlock, is now transferring everything into English. Alongside her, Suhir and I have started to interweave the material into a single coherent narrative.

When at the beginning of last year I set out on this project I had the vision that by pooling our imaginations we might be able to access something that transcends the boundaries that surround the individual, nations and entire cultures. In the face of human catastrophes such as the Syrian refugee crisis how can we alter our thinking to affect change?

Literature can never provide answers. And neither will Shatila Stories. But what it might do is to provide us with an example of how we connect with each other through one part of our shared human essence: our creativity. 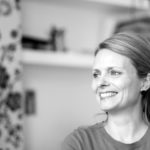 Meike Ziervogel is a writer and publisher. She grew up in northern Germany and came to London in 1986 to study Arabic language and literature. In 2008 she founded Peirene Press, an award-winning independent publishing house, specialising in translated literature and commissioned fiction. Meike’s own novels are published in the UK by Salt.
@MeikeZiervogel
Tags :
Essay Refugees Shatila

The new lonely Londoners: Tales of a divided city

Who are today's Londoners? And the city's invisibles? A writer delves beneath the surface to find a new demographic.