I first read J. M. Coetzee’s Disgrace when I was grappling with my own fiction writing, before I began to show my drafts to others. At work, I was commissioning editor for an NGO annual book called State of the World’s Minorities. The theme that year was education, so issues of power, pedagogy, gender and race were very much on my mind. I read statistics, analysis and witness testimony from religious, linguistic and ethnic minority people all over the world, whose rights were constantly being eroded, whose bodies and minds were constantly under threat from sustained, institutional assaults on their dignity. Disgrace affected me as much if not more because it tells that story from the dominant side.

Coetzee’s sparse, brutal story of white South African professor David Lurie exposes a man of a certain age wrestling with the passing of his power. Accused of sexual misconduct with a student, he resigns his job, admitting guilt but refusing to make a public apology. He leaves Cape Town to cast himself on his daughter’s mercy. Enter the new order, inheritors of David’s earth: black men, and women. David must confront the reality of violence, his fear of miscegenation. He must realise the dignity of all animals, even stray dogs.

King Lear runs through Disgrace in the care that men of power show, or don’t, to ‘others’. It is there in David’s awakening to the knowledge that ‘Man’s life is cheap as beast’s’. It is also there, as Gayatri Chakravorty Spivak traces in her essay, ‘Ethics and Politics in Tagore, Coetzee and Certain Scenes of Teaching’, in the relationship between David and his daughter, Lucy. 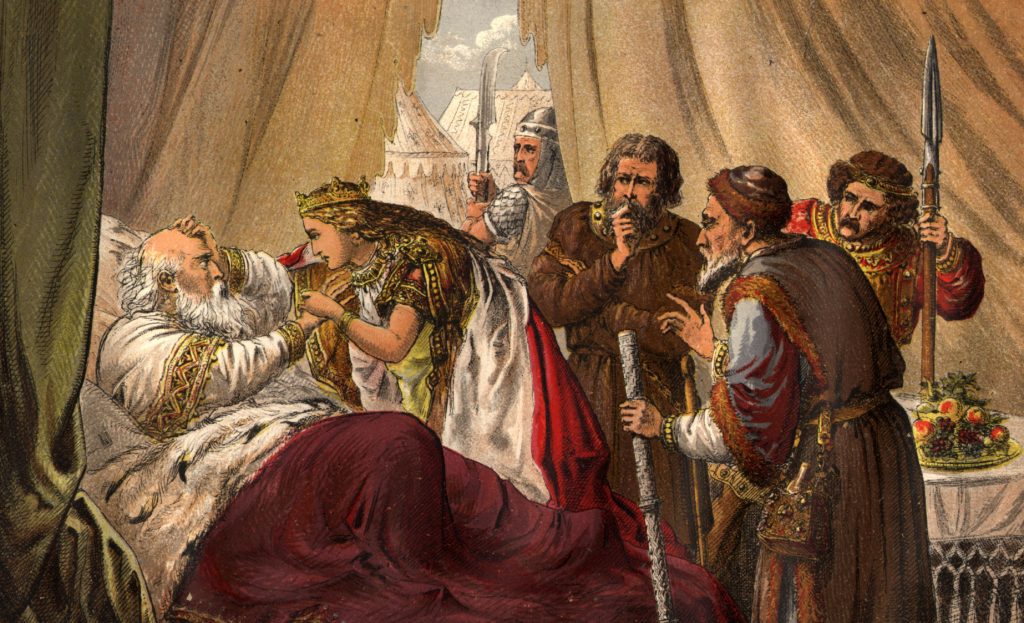 King Lear and Cordelia, circa 1900, engraving after a painting by Robert Dudley (Hulton Archive/Getty Images)

Lucy is a Cordelia of sorts. Her insistence on a certain kind of bleak justice, for which she is resigned to believing that her body is simply the fertile ground, nevertheless points towards a way out of shame. Her silence is the harbinger of a different kind of family and future, one that might be more equal than the world her father has presided over.

Spivak draws on Rabindranath Tagore’s lines in his poem ‘Apoman’ – ‘apomane hote hobe tahader shofar shoman’ – which she translates as: ‘My unfortunate country, you will have to be equal in disgrace to each and every one of those you have disgraced millennially’. The state, represented by David, is only as good as its treatment of women, of others. No better, no worse, as Tagore reminds us: ‘jare tumi niche felo she tomare bandhibe je niche’ – ‘the one you fling down will bind you there’.

Who cares about likeable narrators? Disgrace painstakingly documents David Lurie’s thoughts and in doing so exposes him as vain, insecure – and unequivocally a paedophile. The present tense, close third-person narration is self-reflexive: it reveals the ultimate narcissist, a man in love with his own intellect and the servicing of it, constantly watching his own performance. I see myself through David Lurie’s eyes and I begin to understand the palest reaches of what elite, patriarchal racism might think of itself and of ‘others’. That knowledge brings a kind of empathy. And power.

Coetzee’s sparse, brutal story of a white South African professor exposes a man of a certain age wrestling with the passing of his power

Disgrace gives me the courage to write whatever and however I want to, with ethical and aesthetic constraints. Coetzee locks David out of the room while Lucy is raped by a group of young black men; David’s own fears inform what he thinks goes on and how the aftermath must feel. This choice tells us what is knowable, and what is unknowable – and not only for David. Coetzee also casts David into a pit, on equal footing with his nemesis Petrus, the black man who David thinks should be the underdog, but who is gaining control over Lucy and her land. David’s frustration with Petrus is clear, but Petrus is not being purposely frustrating – he’s just being Petrus. Coetzee shows us that when writers discuss cultural appropriation – and say that if it is to be done it should be done well – they mean with a craft that critiques that appropriation, even as it is done. Finally, Disgrace reminds us as critics not to mistake the attitudes of a character or their voice for the author’s own.

What happens to David and Lucy is what has happened to the black boys and men who hurt them, in a country disgraced by apartheid. How, the book asks, can we move forward from this point? Empathy, Lucy argues from a place of deep shock. By recognising the hurt, by accepting our collective role in it, by starting again with ‘nothing’.

Yet, there is something – Lucy knows this, and she protects it, even if it means breaking with her father. She emerges in this novel as its inscrutable conscience and heart; its body, full of all the painful contradictions, stubbornness and courage that the best fiction offers, is hers.

I return to this fierce, shattering book because it is written with rare compassion, and though it is told from David Lurie’s point of view, it does the opposite of taking his side. For me, at the level of its sentences and as a whole, it articulates the struggle toward an equal light that only looking at reality with an unflinching gaze can bring.

Preti Taneja’s debut novel, We That Are Young (Galley Beggar), has been longlisted for the Republic of Consciousness Prize for Small Presses 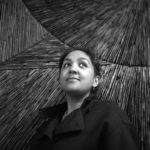 Preti Taneja’s debut novel, 'We That Are Young' (Galley Beggar Press) is a fierce appropriation of Shakespeare’s 'King Lear' set in contemporary India. It is the winner of the Desmond Elliott Prize 2018 and has been nominated for several other literary awards. Preti has a background in journalism and advocacy. She has trained disadvantaged young people from across the UK in media skills, and worked extensively with refugees in Jordan and those affected by war in Rwanda, Syria and Kosovo. She broadcasts on world literature and culture for the BBC; her writing has been published in the Guardian and New Statesman. Preti teaches writing in prisons, and at the Centre for Human Rights in Practice at Warwick University. She is the co founder and editor of Visual Verse, the online anthology of art and words.
@PretiTaneja
Tags :
Review JM Coetzee King Lear