read on
Photo by rawpixel on Unsplash

How a writer gets down to business

By Sheila Parry
Q&A | 5 minute read
How to plot a chapter, be mortal, and have a job you love: Sheila Parry explains

I scribble lots of ideas on the move, often on planes and trains, when my mind is free to wander. But I need peace and quiet to do the hard work of writing, so I escape to my daughter’s bedroom, which is my favourite room in the house, overlooking the garden.

A recent favourite is Being Mortal by Atul Gawande, because it made me think about some of the most important conversations you need to have with people you love. It’s not so much about dying but about the nature and implications of longer life. It’s a book for all ages and very much of our time, when medical advances have made it possible to treat so many individual illnesses, but at the same time there are too few medics specialising in treating older people as a whole. A powerful point in the book is that our society has moved away from the concept of multi-generational community living towards what Gawande calls the ‘veneration of the independent self’. This often leads to loneliness and isolation but it is also eventually unsustainable and leads to a feeling of failure when we are no longer able to be independent. He argues that ‘we all’ – governments, the medical profession, families – should be coming up with a better way to manage something that is as inevitable as the end of life.

At the other end of the spectrum, I recently saw the two-parter Harry Potter and the Cursed Child. I love a bit of magic, and what better way was there to celebrate my publication day with the family? My three kids (now in their twenties) grew up with the books coming out right in sync with their new school years and devoured them all. We’ve had Stephen Fry reading to us all the way to France and back on several holidays and watched all the films a dozen times. What was so funny was that the play transported us back to a very happy time and conjured up all those awesome conversations again on who, why, how, what would happen next, just as if they were children again. It was storytelling at its best.

I can remember being captivated and probably a bit shocked by The L-Shaped Room by Lynne Reid Banks. My parents were very devout but liberal Catholics (if that isn’t an oxymoron), and in some ways I suppose I was ‘sheltered’ as a child. But the 1968 Papal Encyclical (which condemned the use of contraceptives) divided my family. Naturally my father didn’t discuss such things with me but my mother almost fell out with God over it and thought it was a regressive step for the Church and society, although she continued to follow the rules until the day she died. The story was a million miles away from my own experience, but when I read it at the age of fifteen or sixteen, I felt I recognised some of the characters and issues from my own neighbourhood around Ladbroke Grove in the 1970s. I was desperate to break out of my bubble and live independently in the real world with more colourful characters doing more interesting things. My poor parents.

It wasn’t really a single book, but there were a few business books I read and a series of events I attended which made me think I had ‘heard it all before’ and had something new to say. I wanted to turn the tables on traditional top-down management-style books that talk about strategies and systems without ever going into what people want out of life and how different we all are. There was another thing as well: in spite of all the talk about women in business, most business books are written by men and I thought it was about time to have a go at that particular corner of the glass ceiling. 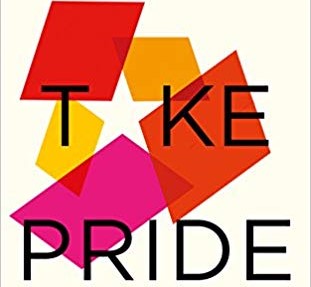 Pen and paper for ideas, mind-maps and chapter plans. Laptop for copy.

I re-read very few, not because life is too short but there are always too many books. I tend to keep lots of novels because I like to share them and talk about them. I will re-read non-fiction books because I find they are often quite complex and harder to retain.

That’s a really hard question because the novels I read are often about people who are less black-and-white on the good–evil scale. Of recent reads, Gail Honeyman’s excruciatingly authentic account of Eleanor Oliphant’s loneliness and alcoholism made me blub; and the award for the most villainous character who perpetrated terrifying episodes of violence goes to Edna O’Brien’s Dr Vlad, featured in The Little Red Chairs. Both characters are intensely portrayed and were like magnets that, for better or worse, drew you into their lives.

Twenty years ago. Maybe I should do something about that.

There are hundreds of classics that I haven’t read so there’s no point in lying. I haven’t read much Austen or Bronte or Dickens and I really don’t feel I’ve missed out. Is that heresy? But I would like to try War and Peace at some point.

Finally, what’s the elevator pitch for the book you’ve had published?

Of the 32 million people working in this country, only one in three love their jobs and as many don’t give a damn. My book, Take Pride, is all about changing these statistics and making work better for everyone. It’s about creating outstanding companies and organisations that are doing things to be proud of and providing great places where people are proud to work. This is an exciting, game-changing book that is good for both employers and employees, because it will create successful organisations and successful people.

Take Pride is published by Unbound 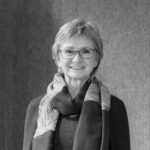 Sheila Parry was the founder of theblueballroom.com, a strategic and creative consultancy that has championed excellent communications and the power of employee engagement in building successful businesses, and ran it until 2015. In doing so, she has developed a deep understanding of how large organisations succeed through giving and getting the best out of people: from adidas to the Deutsche Post DHL Group, Mars Drinks to Siemens, Initial, Roche and Syngenta, Having spent her entire career working largely behind the scenes. TAKE PRIDE opened up Sheila's experience for entrepreneurs, leaders and influencers, so that they too can create successful organisations of their own.
@Sheila_Parry
Tags :
Q&A business Harry Potter office Pride work work-life balance