A new age of ignorance?

By Peter Forbes
Essay | 8 minute read
The laws of nature do not give up their secrets easily and we should be ready to engage with the work of scientists at the highest level we can, argues Peter Forbes

For the past 10,000 years we have blundered about the world having made the surprising discovery that nature can be bent to our ends pretty easily. Short term solutions have piled up over the time in which we have travelled from being hunter-gatherers to technologically enabled people largely divorced from nature: hack the forests to grow crops and pasture animals; dig out the fossil carbon to power our technologies; create synthetic substances that keep nature neatly in order; add nitrogen fertiliser to the soil to enable a diminishing portion of world landmass to feed a dramatically greater population.

The list goes on. But these short-term fixes were guaranteed to cause trouble down the line. Aerosol sprays – a neat idea until they punched a hole in the ozone layer. Plastics – multi-purpose substances so much better than anything nature can deliver to structure and package our environment at every level, until we realise that nature’s apparent downside – the tendency of everything to rot – is actually a big positive when we confront a plastic waste mountain that decays faster than toxic radiation but not fast enough to avoid drowning us in the stuff. Coal, oil and gas – relatively cheap and abundant resources that fuelled exceptional mobility and power but gradually destroyed the stable climate through CO2 emissions. And so on.

But just as we are harvesting the consequences of our hasty improvisations we are developing a deep understanding of nature’s intricate systems into which we so easily throw technological spanners. The processes we have blundered into disrupting are now understood in molecular detail, and research groups are working with this new knowledge to provide solutions to the massive problems technology has caused. Antibiotics are a crude and increasingly ineffective way of combating microbial diseases but new deep genomic knowledge – enabling nano-control of the subtle interactions between and within cells through technologies such as the gene-editing tool CRISPR – offers the hope of regaining control.

We have almost unravelled nature’s way of making energy and biomass from sunlight, air and water and are working to mimic this to replace fossil fuels and chemical feedstocks. The world’s food production depends on a crude century-old high-energy process for converting nitrogen in the atmosphere to a form that plants can use to grow. Now we are mimicking the way that nature does this through enzymatic processes just as subtle as those that produce biomass powered by sunlight.

But, the more dramatic our unpeeling of nature’s deep processes, the less it seems that – beyond the scientists themselves – there is any awareness of the enormity of what is being achieved.

I grew up in an era when science had the aura of the future about it. Large numbers of people worked in industries that were being transformed by science so there was a receptive audience for scientific breakthroughs. Of course, personality has always sold science to some degree. Einstein and Marie Curie gripped the imagination more than many an honest toiler who didn’t have such a glamorous angle, but there was in the 1950s and early 1960s an interest in the processes of science. There were very fine Pelican editions of popular science books like J. E. Gordon’s Structures: Or Why Things Don’t Fall Down and Toulmin and Goodfield’s The Architecture of Matter. 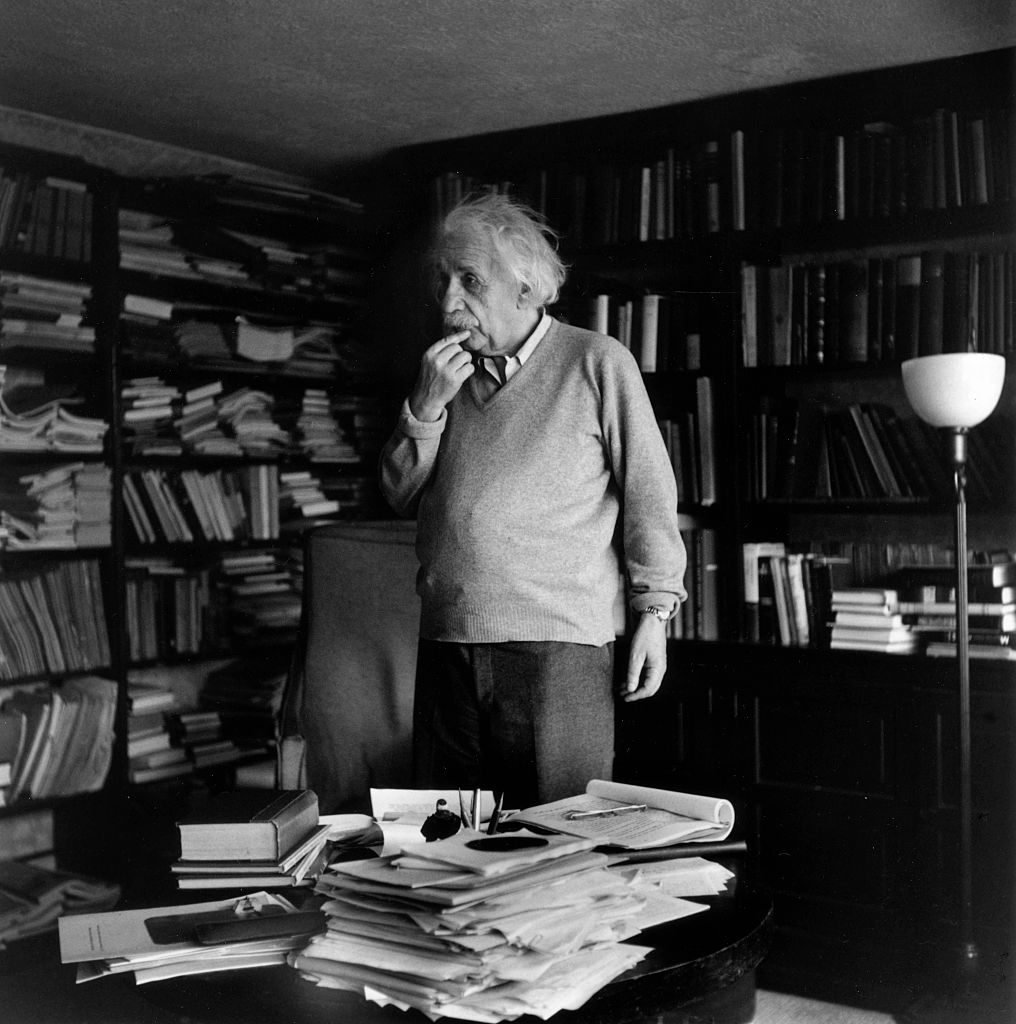 The popular press of course always reported science in a sensational and reductive way but there were New Scientist and Scientific American, and science writers like. J. G. Crowther and Ritchie Calder. There was no dumbing down. An interest in science was taken to be an intellectual interest. Compare that with today when to sell a popular science magazine you have to put something like ‘Secrets of the Brain’ on the cover every other issue. This is only a short step away from that staple of the weekly consumer magazine: ‘How to Improve Your Sex Life’. An indication of how different the climate is now is that J. G. Crowther does not even have a Wikipedia entry.

How has this happened? Science, for the armchair reader, remains an intellectual challenge. But that is the point. Nature is not going to give up its secrets easily and we should be ready to engage with the work of scientists at the highest level we can. But there are siren voices that weren’t heard in the 1950s and 60s: sport, popular and celebrity cultures have expanded to fill the mental universe, leaving little room for serious grappling with science. Though not about science as such, a very revealing sign of this dumbing down process was a remark of Tony Blair’s a few years ago to the effect that he knows that at his age he ought to be listening to classical music but he still doesn’t. The cultural climate now recognises pop music as culture; pop music is easier so he didn’t feel compelled to brain up. Somehow, popular culture has morphed into culture itself; and in that climate science has struggled.

In 2007 the Observer’s Tim Adams wrote a piece entitled ‘The New Age of Ignorance’. He started off confessing to an embarrassing interview with James Watson in which Adams had the temerity to praise the classic ‘simplicity’ of Watson and Crick’s DNA structure. Watson reacted by quizzing him on his knowledge of this oh-so-simple structure, reducing him to an incoherent babble of ‘distant O-level biology and recent half-understanding of Watson’s brilliant books, punctuated with words like “replication” and “mutation” and meaning nothing much’.

‘It may be that entertainment culture is so engaging that it keeps people satisfied. We didn’t have that. Science was much more fun than listening to the radio’

In the article, Adams moves on through the inevitable discussion of C. P. Snow Two Cultures to praise Natalie Angier’s book The Canon: The Beautiful Basics of Science. He found it ‘the kind of science book you wish someone had placed in front of you at school – full of aphorisms that help everything fall into place’ but concluded that ‘it seems to have been written out of sheer desperation … in the voice of someone who has spent her whole award-winning career evangelising about this amazing stuff and is facing up to the fact that most people have not even begun to “get” any of it.’

Eleven years on, and this is surely even more true. To ‘get any of it’ you need to follow it through at a certain level of detail, otherwise it has no real focus, no hinge you can use to connect it to the world you see. Adams interviewed Angier and they tried to account for the state of affairs they agreed to be the case. They ran through a typical roll-call (the American Right with its biblical ban on thinking; dull science teaching; parents who only push their children in a careerist sense rather than towards high intellectual attainment) without really nailing it, but then Adams ended by recalling a pithy comment James Watson had made to him in that earlier interview:

‘It may be that entertainment culture now is so engaging that it keeps people satisfied. We didn’t have that. Science was much more fun than listening to the radio … What you have instead are characters out of Nick Hornby’s very funny books, who channel their intellect in pop culture. The hopeless male.’

This is spot on. In his memoir, The Double Helix, Watson paints himself as a hopeless lovelorn male who turned his frustration toward solving the greatest problem possible: the fundamental mechanism of life.

The pressure to ‘channel [your] intellect in pop culture’ might seem to be an irresistible juggernaut, but it is still a matter of choice not necessity. More fundamental things have changed in society, more so in Britain than in some countries, that account for science’s struggle to be heard. When large numbers of people worked in industries where they had to implement fairly detailed procedures, it was easier to take an interest in other complex operations beyond those necessary in their work. The loss of so many jobs in industry has had multiple consequences.

And it isn’t only low-tech dirty industries that have gone. Industrial plants at every level employ far fewer people than they did in the 1950s. What you might call the technariat is no longer a very significant proportion of the population. And that is not going to return. It is from the computer and the armchair, not the workshop, that people will have to decide whether they are going to take technicalities more seriously.

Science, like the classical music Tony Blair apparently can’t rise to, has too much detail for most people today (substitute ‘detail’ for ‘reality’ in Eliot’s line: ‘human kind cannot bear very much’). But scientists and technologists know that solving the big problems is a matter of following the details – the intricate details – to the bitter (or rather glorious) end. And it isn’t enough remotely to wish the scientists well as they try to disentangle a myriad gene interactions in Alzheimer’s disease or the proteins involved in nitrogen fixation, and then return to our lazy broad-brush view of the world.

Unless enough people in the wider community are aware of what is at stake, and have some understanding of the processes involved, we are going to continue to be fobbed off by lies from interested parties who wish to prolong the short-term status quo for a little longer until systems break down catastrophically. It’s time to grow up and cast off the infantilism that has increasingly come to define the human race in recent decades. We have nothing to lose but our strictly bake-off inanity. 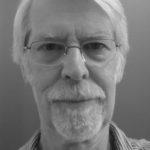 Peter Forbes is a science writer whose work has appeared in Aeon, The Guardian, The Independent, The Times, Scientific American, New Scientist, and New Statesman, among others. His book Dazzled and Deceived: Mimicry and Camouflage (Yale, 2009) won the 2011 Warwick Prize for Writing. His latest book, co-authored with sculptor Tom Grimsey, is Nanoscience: Giants of the Infinitesimal (Papadakis, 2014).
@heliconiuscydno
Tags :
Essay Pop culture Science

Brilliant women remembered: A Lab of One’s Own

An exclusive extract from Patricia Fara's forthcoming book which records the lives of the formative female heroes of science.