By Bárbara Rodríguez Muñoz
Extract
Wellcome Collection's current exhibition focuses on the centuries old medical practices from South Asia. An extract from an accompanying book reveals its philosophy, and its uses in the modern world

Medical knowledge and museum objects have long been contested sites of global encounters. In India, health narratives have shaped and been shaped by Tibetan, Persian, Greco-Islamic and European influences.  Throughout such encounters, they have morphed and expanded, acquiring new meanings, or been misinterpreted and exoticised, changing old ones.

Ayurveda, which roughly translates as ‘knowledge of long life’ (veda = knowledge + ayus = long life), is a centuries-old but ever-evolving set of South Asian medical practices that include therapeutic massage, herbal medications and dietetics. At its core is a humoral conception of the medical body, in which disease relates to an imbalance of vāta, pitta and kapha, loosely translated as wind, bile and phlegm. Widely practised today in India and beyond, a more homogenised ‘Modern Ayurveda’ emerged in early twentieth-century India as a response to the increasing authority of biomedicine during British colonial administrations. From the 1970s a ‘New Age’ Ayurveda developed in the West as part of the wellness market.

The collections amassed by Henry Wellcome bear witness to the diverse transformations and cross-cultural exchange of medical knowledge, practices and related cultural expressions. Following his ambition to ‘capture the art and science of healing through the ages’, Wellcome amassed over a million artefacts through a worldwide network of collectors, auction houses and dealers.  Many of the unique objects included in the current exhibition and accompanying book were collected by Doctor Paira Mall in the Indian subcontinent between 1911 and 1917.

As plants, knowledge, and museum objects get dispersed across the world, and while healing narratives of Ayurveda continue to evolve, some questions remain. What is the contemporary relevance of traditional medical practices, such as Ayurveda? How can museum collections reflect the myriad health conceptions, environmental attitudes and cosmologies that exist around the world? And more importantly, given the rising fascination with what has been labelled ‘alternative medicine’, what might authenticity mean in medical heritage, and who ultimately owns it? 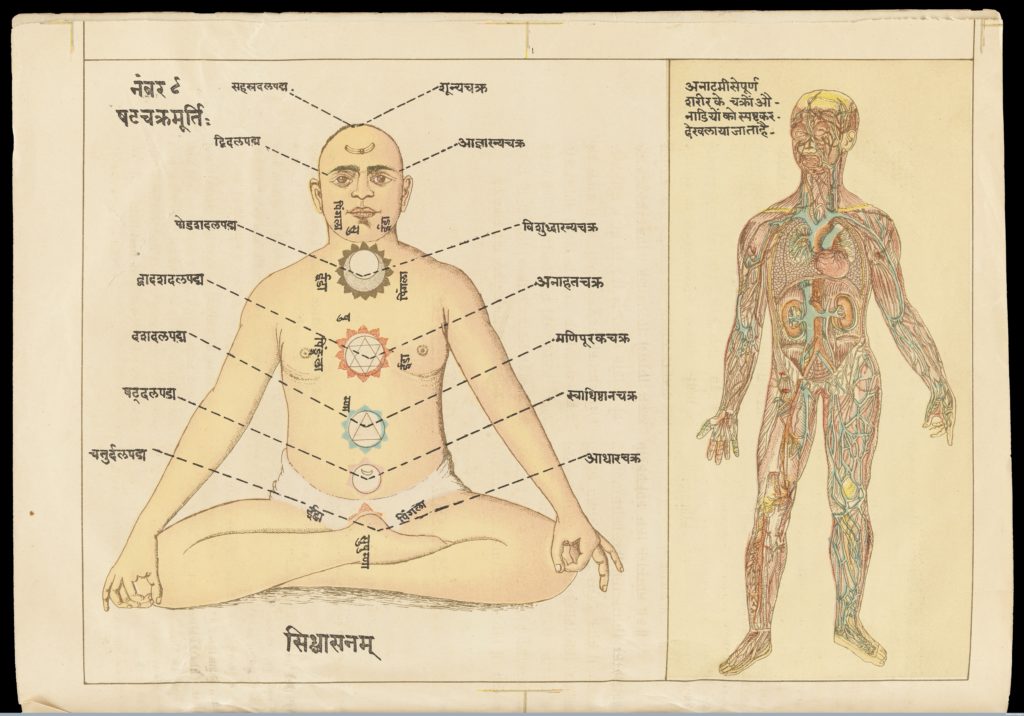 Alongside Ayurveda, traditional medical practices that have been revived in post-independence India include Unani (Greco-Arabic) and Siddha (Tamil). The physicians of each system, known respectively as vaidyas, hakims and siddhars, have practised and exchanged medical knowledge for centuries.

The traditional education system for each of these practices was modelled on the ancient gurukula system – that is, a teacher passing his knowledge down to several pupils through face-to-face interaction, from father to sons or uncle to nephews, often forming medical lineages. In the modern structure of Ayurvedic colleges, the standardised curricula and clinical training draw more heavily on biomedical terminology, techniques and therapies.

Today, the anatomical body within each traditional system has been reconciled with the dissected body of biomedical anatomy for diagnostic as well as therapeutic purposes. By contrast, earlier South Asian anatomical maps evoke a more expansive and poetic conception of the body as a fluent entity, charting emotions, blockages, chakras and metaphysical energies.

For centuries, the dissemination of plants, humans and crafts across continents has run in parallel with the exchange of botanical knowledge and its medical applications. Whether driven by an ambition to improve health or to follow commercial and entrepreneurial opportunities, people have traded plants and botanical substances, which have then been adopted and repurposed by new cultures.

From the early sixteenth century, European trading monopolies such as the Dutch or British East India Companies were active around the shores of India. They were driven across the oceans by the allure of the spice trade, searching for botanical gold in the form of pepper, cinnamon, cassia, nutmeg, turmeric and ginger. Instructed by the corporate or national entity they served, European botanists and physicians created taxonomies of Indian plants to fit Western schemes and mined indigenous pharmacopoeia to find treatments for Western maladies. At the same time, plant remedies from Europe and the New World, such as cinchona bark to treat malaria, were gradually introduced into South Asia.

Family planning and birth control are complex and multi-layered issues, and debates and reforms involving these matters had a direct impact on maternal and infant health. Meanwhile, domestic medicine – natural or botanical remedies that were administered mainly by women from their homes or kitchens – has remained popular, despite the gradual influx of commercial and mass-produced Ayurvedic medications.

Shiva and Parvati in a procession led by Brahma, Hanuman and attendants, Gouache drawing, nineteenth century

Ayurveda draws upon a set of Indian intellectual traditions – among them Nyaya, Vaisesika, Jyotisa, Samkhya and Buddhism – to conceive the healthy body as an entity in dynamic equilibrium with environmental, social and cosmological forces.

Traditional Indian science was interlinked with cosmology and astrology, which meant that there was room for otherworldly conceptions of health and disease beyond the material realm. Across India, there are multiple gods and goddesses identified with specific diseases – a phenomenon that was described in derogatory terms by colonialists as there being myriad vernacular ‘godlings of disease’ in popular beliefs.

One of the eight limbs or branches (ashta ānga) of Ayurveda – alongside those focusing on surgery, sex, treatments for disease, ageing, poisons, the eyes, and (collectively) the ears, nose and throat – is referred to as Bhuta Vidya (Spirit Knowledge). Bhuta Vidya deals with diseases of unknown origin presumably deriving from supernatural causes – a broad category that coheres with bacterial or viral infection on the one hand as well as mental illness on the other.

In an attempt to modernise Ayurveda as a rational system of medicine, free from religious dogma or superstition, throughout the twentieth century it was gradually stripped of its mystical elements, thereby marginalising its healing mantras and distancing it from supernatural causes of illness.

The extracts above are from the book, Ayurvedic Man: Encounters with Indian Medicine, published by Wellcome Collection. It accompanies an exhibition of the same name currently running until 8 April 2018

All images courtesy of Wellcome Collection 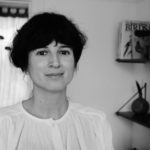 Bárbara Rodríguez Muñoz is a curator based in London – she is currently Exhibitions Curator at the Wellcome Collection where she has curated the exhibitions 'This is a voice', 'Bedlam: the asylum and beyond' and 'Ayurvedic Man'. Bárbara has curated projects in the UK and internationally including Bonnie Camplin: The Military Industrial Complex (South London Gallery); Latifa Laâbissi, Écran Somnambule (Freud Museum, London); Inanimate Beings (Casa Encendida, Madrid); Hauntologies: John Akomfrah (Carroll Fletcher London); nervous systems (Kunsthal Aarhus); and The Cipher and the Frame (Cubitt, London). As a writer, she has contributed to Afterall, Concreta and Les Laboratoires d’Aubervilliers. She holds a Master in Curating Contemporary Art from the Royal College of Art, London funded by Fundación Botín.
Tags :
Extract Ayurveda botanicals gender medicine Wellcome