Standing your ground in the South: Attica Locke Q&A

By Attica Locke and Philip Connor Finn
Interview | 9 minute read
'Bluebird, Bluebird' features Darren Mathews, a black Texas Ranger, who is drawn to a case in the small town of Lark where two dead bodies wash up. First a black lawyer from Chicago and three days later, a local white woman. Darren must solve the crimes - and save himself in the process - before Lark's simmering racial fault lines erupt. Here Attica Locke discusses the novel with Philip Connor Finn

Philip Connor Finn: This book is a reversal of the typical ‘Southern fable’: a white woman is killed and a black man is blamed. Is Bluebird, Bluebird an attempt to rewrite that racist story by turning the narrative on its head? As Darren says, so that “They don’t get to decide what Texas is”.

Attica Locke: The idea of this being Southern fable that doesn’t match the typical script—a black man is killed before a white woman in this small town—is meant to signal to Darren and the reader: ‘be careful about the assumptions you make with these crimes’. And I think over the course of the book, Darren learns that nothing in Lark, Texas, is quite what it seems. Thematically, the real Southern reversal in the book is the reclaiming of the concept of ‘Stand Your Ground.’ Which I know we typically think of as a sentiment and rule of law used by the George Zimmermans of the world to justify violence against black men and women. In this book, Darren as a black Ranger is standing his ground by making sure black folks feel safe in the state of Texas. That’s what he means by ‘[the violent racists] don’t get to decide what Texas is.’ He’s constantly reminding the reader that he is Texas too.

PCF: Darren talks about his deflated hope that “change might trickle down from the White House” during the Obama years. What does the election of Donald Trump mean for areas like East Texas?

AL: Well, good lord there are certainly a lot of people in all of Texas who were happy to see Trump elected. Even though in some of the poorer counties, this is a prime example of people voting against their own best interests. These are people who would have been most hurt by the repeal of Obamacare, people who don’t understand (or care) that Trump’s populist pose is fake, that he truly only cares about lining his own pockets.  But I will say that his election and his very public courting of white supremacist leaders and thinkers definitely emboldened white racists to come out of the woodwork, and throughout the South—including East Texas—there was an increase in hate crimes after his election. He has coarsened nearly every aspect of American life and made it a lot more dangerous to be brown in America.

PCF: At the centre of the book is this question as to whether the law is for you or against you, particularly as a black person: “I know how the law works for people like me” one of your characters says. Was the book influenced by cases like Trayvon Martin and Michael Brown?

AL: And Sandra Bland and Philando Castile and Freddie Gray and Eric Garner and Tamir Rice and Jordan Davis and many, many more… going all the way back to Emmett Till. There is of course a sense for black folks that the law is not always on our side. For Darren, and for his uncle William, who was a Ranger before him, there is hope that a badge in the right hands could be a tool to protect black life, not end it. William’s twin brother, a criminal defense attorney, has a different belief system: that the law is something that black life needs protection from. Darren was raised by his uncles and has lived his life straddling this ideological divide.

PCF: There’s a strong sense of there being black places and white places in the book, from cafes to colleges, it paints a picture of a divided Texas. Is this something you see changing or have the divisions become all the more apparent in recent times?

AL: Well, Houston, Texas, where I was raised is actually the most diverse city in United States right now. But that of course is an urban, cosmopolitan city of over four million people. I think it’s the small towns of rural Texas where you get a sense of folks socialising along racial lines. People see each other at the grocery store and schools, but there can be a feeling that when it comes to church and where people hang out socially that this is where you see establishments that are solely white or black. And for sure there’s been a sense for years (in some quarters) that the races shouldn’t mix romantically—which is a joke. Because black and white folks have been mixing since we were brought to the states as slaves with little control or agency over our physical bodies. Frankly, we’re all family at this point. And when I go home to visit the land and town where my dad’s side of the family comes from, I actually see more and more mixed race kids. Go figure. Love is love, I guess.

PCF: The ‘past’ feels very present in the book, from James Byrd to Jim Crow. Was it a conscious effort to show that these things are not buried as deep as we might think?

AL: Absolutely. I live the Faulkner quote: ‘The past is never dead. It’s not even past.’ So much of how we deal with one another in the present, certainly when it comes to issues and race and equality, has to do with our shared history. I hope with this book, I took that to a deeper level: looking at folks’ individual histories and the events that shaped their lives as a way to understand their feelings about race. Many of the people in Lark, Texas, are living lives built on top of the bones of old wounds and grievances. I wanted to show that this is as much at the heart of racism as pure hatred. I’m not even sure there is such a thing. Only hurt feelings and imagined injuries that grow cancerous over time. I believe no one is born with hate in their heart.

PCF: Darren, a black Texas Ranger, is made to feel ashamed for taking a particular interest in race crimes and discouraged from working on them. Particularly people in power shy away from talking about race, they seem to want everything not to be race related, even when it so clearly is: ‘Why is it so hard for you to admit what’s right in front of your face?’ Do you think there’s a fear for people in general and powerful people in particular to address the issues of race?

AL: I think white folks have been taught for so long that talking about race is rude—that even seeing race is rude—that they have been almost infantalised in terms of their ability to confront race frankly. These days, calling someone a racist is more scandalous than being an actual racist—in some people’s minds. I don’t get it. I don’t understand this squeamishness about race. But I am a person of color, and like every person of color, I have an advanced degree in talking about race. It’s simply more familiar territory for us. The only thing I can think to tell people: ‘practice, practice, practice.’ When you see something racist, call it out. It will only get easier the next time. Don’t be afraid.

I wanted to show that this is as much at the heart of racism as pure hatred. I’m not even sure there is such a thing. Only hurt feelings and imagined injuries that grow cancerous over time

PCF: Route 59 runs through the heart of the book – the road people use to leave or pass through Texas. But this is a story about the people who stayed. You’ve said elsewhere that the ‘world isn’t interested in the rural black south’, do you think that has changed in the wake of Charlottesville and the recent natural disasters?

People were drawn to what happened in Charlottesville because it represents a nation trying to wrestle with its past at time of extraordinary change. A lot of white racist sentiment comes from pure resentment of having to adapt to a different era. And believing this earlier time—when ‘America was great’ ‘cause white men ran everything—is some kind of idyll. But that’s a joke too. Because from the beginning of the founding of this country, white men depended on black labour to accomplish nearly everything. I don’t understand the pride in the Confederacy. ‘Let’s all celebrate a time when we were too lazy to do the work ourselves.’

PCF: The book feels to be at the same time both a love letter to and a lament for different aspects of Texas. Is Bluebird, Bluebird an attempt to unravel what it means to be both black and from the South?

AL: It’s meant to capture the ambivalence of being a black Southerner, in this case, a black Texan, to capture what it means to both love where you’re from and also have your heart broken by it on a near daily basis. There is a great deal about Texas in 2017 that I don’t like or respect—culturally and politically. But I love my home state to the core of my being. I can’t hate what made me. And Texas made me and my family. It made us hard-working, humble, and hopeful people. From family farms, we built big, beautiful families full of teachers and doctors and engineers and professors and lawyers. The land in Texas gave us a great deal. And we’ve always been willing to fight for the place that we consider home, to do what we could as civic servants (or agitators, when the need arose) to make the state a better place. The state doesn’t get to be defined by its worst impulses. It’s our home too.

PCF: This is your 4th novel and the first to feature Ranger Darren Mathews – what next for you both?

AL: I’m working on book two, which will take Darren to the town of Jefferson, Texas, nearer to the Louisiana border. Not to give anything away from the first book, but he’s certainly got a lot he needs to sort out, and there’ll of course be a new crime to solve. Besides that, I’ve got some other Hollywood projects I’m working on. I can also be found at screaming uncharitably at the opposing team at any of my daughter’s soccer games every weekend for the next six months. 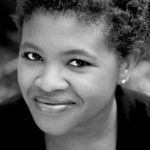 Attica Locke is a screenwriter who has written for Paramount, Warner Bros, Twentieth Century Fox, HBO and Dreamworks. She was recently co-producer and co-writer on the Emmy-winning FOX drama 'Empire'. Locke’s first novel 'Black Water Rising' was shortlisted for the Orange Prize, nominated for an Edgar Award, an NAACP Image Award and a Los Angeles Times Book Prize. Her most recent novel is 'Bluebird, Bluebird'. A native of Texas, Attica lives in Los Angeles with her husband and daughter.
@atticalocke 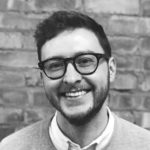 Philip Connor Finn is an editor at Unbound. Formerly he was a bookseller in Ireland, Australia and the UK. He is the winner of the inaugural Faber & Faber scholarship to study for the MA in Publishing at UCL, and the Cúirt International Festival of Literature’s New Writing Prize.
@philipconnor42
Tags :
Interview Crime