By Amanda Craig
Review | 7 minute read
Storytelling is not a mere craft but an art, argues Pullman, in this collection of essays on the importance of fiction

If I had to trace the death of the novel – or at least a prolonged attempt to kill it – to a single phrase, this is it. E. M. Forster wrote it in a collection of lectures and essays, Aspects of the Novel, and despite my deep love for his fiction, I think he committed a terrible crime.

For the past fifty years or more, that idea has been parroted by those who believe that a true work of literature must be about style, or psychology, or politics or form – anything, rather than that it should tell a story. Consider how few Booker winners (beautifully written, formally innovative, psychologically astute, etc.) dare to do this. Story is for genre fiction, supposedly; literary fiction is above it.

Philip Pullman’s book Daemon Voices comes, therefore, as a trumpet call to arms for readers and writers to understand that storytelling is not mere craft (not that, being a craftsman, he would ever belittle craft) but an art. Given mostly as speeches concerning his own fiction and beliefs, they are incisive, witty and essential reading. Above all, they are subversive, challenging the received opinion about what fiction is or should be.

Here are speeches; introductions to Paradise Lost, Oliver Twist and The Anatomy of Melancholy; meditations on reading, writing, religion, the influence of Heinrich von Kleist and many other writers and works, all written with the generosity, warmth, intellectual curiosity, thoughtfulness and accessibility that are characteristic of his fiction. Some will be familiar to anyone who reads the Guardian, or who has been listening to Radio 4 (which ran an abridged version during the month in which La Belle Sauvage was published). The essays can be dipped into or read sequentially with deep attentiveness, but what they return to, repeatedly, is the importance of story and the responsibility of the storyteller.

Given mostly as speeches concerning his own fiction and beliefs… they are subversive, challenging the received opinion about what fiction is or should be

He quotes Samuel Johnson: ‘the true aim of writing is to enable the reader better to enjoy life, or better to endure it’. Of course, we all agree that children need this kind of help, and Pullman’s genius is partly that he has smuggled so much that adults take seriously into a genre which has been ghettoised and patronised by the kind of critics, authors and readers who love to work themselves into a froth about, say, J. K. Rowling’s inexplicable popularity and wealth. Stories, he says, seem to ‘come from somewhere else’, an awkward admission given that he has been very explicit about his belief that there isn’t anywhere but here.

But what makes this book special is that, in the course of its 462 pages, Pullman tells us not only about his joy in writing (and it is important for all of us, but particularly writers, to remember that there is joy as well as endless toil and disappointment), but also gives us some idea of how to do it better.

To do this, he goes into some of the choices he made in his novels, from The Firework-Maker’s Daughter to Northern Lights, by virtue of focusing on story above all. ‘I think of my novels firstly as stories, and only then as books, and only then as novels’, he says in The Writing of Stories. If more creative writing classes began with this idea, there might be more satisfied clients at the end of them; and of all the essays in this collection, “The Path Through the Wood” is the most crucial.

In it, he compares the ‘wood’ and the ‘path’. The story wood is the invented world, which can be as rich and full as you like; the story path is what keeps readers reading. If you leave this path, becoming self-conscious or over-invested in details of your imaginary world, you lose the reader. Sticking to the path is what led Pullman to cut a hole from our world into another universe, and to break down the supposed border between adult and children’s fiction. He pours scorn on the notion that children’s books are ‘like bad books for grown-ups’, a view espoused by such luminaries as Martin Amis, Howard Jacobson and others who feel the Olympian heights of literary fiction to be polluted by adult readers reading children’s books. (As if adults and children have not enjoyed the same books, from Homer to Alice in Wonderland, for centuries.) Plenty of contemporary children read adult books, from Jane Austen to Agatha Christie and Stephen King; children’s books are written, edited and published by adults, so why should they be inferior? Why should there be segregation between older and younger readers, any more than between books for men and women, black and white, able and disabled?

All of this seems so obvious that its challenge may sail over the heads of those who insist that writers of children’s fiction must in some way be twee, circumscribed or (in Amis’s heart-warming phrase) ‘mentally handicapped’. How disconcerting it must be for them that Pullman, too, studied English Literature at Oxford, and is clearly just as well read, scholarly and intellectually nimble as they.

He meets the ‘opposed pairs’ theory of genre fiction and literary fiction head on, saying mildly that ‘what many writers try to do, of course, is provide both at once’. Science is good for renewing your stock of metaphors, and in his case ‘phase space’, the ‘notional space that contains not just the actual consequences of the present moment, but all the possible consequences’ is especially pertinent. So is listening to people in real life, and allowing yourself to make what they say into a (slightly) better story, and so is sitting at your desk because ‘the capacity to sit and be bored and frustrated for very long stretches of time is essential, but nowhere near as glamorous as the inspiration idea’.

I do not, as a novelist myself, agree with all his opinions of course. Pullman dislikes fiction written in the present tense, saying that it ‘allows writers to be neutral, uncommitted, objective and to avoid the wrong camera position’; I have used it precisely because it makes me work harder at seeing and describing what is happening in the present time. He claims to be ‘at the vulgar end of literature’, which is disingenuous because we all know perfectly well that he is not. I honour him for tackling subjects such as religious faith, and for drawing parallels between religion and children’s fiction, while rather wishing he had spent less time and energy pursuing the former and more writing the latter. ‘Limpid clarity is a great virtue’, he says, and so it is, even if I for one would not be without the complex, sometimes muddied, sentences of Henry James or indeed E. M. Forster himself.

He quotes Samuel Johnson: ‘the true aim of writing is to enable the reader better to enjoy life or better to endure it’

Since the turn of the millennium, there have been promising signs that storytelling has been making a comeback, whether through an appreciation of the box set (House of Cards or Game of Thrones) or the blurring of genre boundaries. Increasingly, novelists like Kazuo Ishiguro and Margaret Atwood use the tropes of fantasy or SF, while others like Kate Atkinson and Elena Ferrante have used the thriller or detective novel. The attempt to decouple literary fiction from plot and story is failing, even if it continues to be rewarded by far too many prize panels and review inches given to books that a child could see are equivalent to the Emperor’s New Clothes: something so boring and threadbare that nobody not susceptible to fashion would choose it for a moment. If people are to continue reading fiction, rather than getting their entertainment through, say, film, it can’t happen soon enough.

A good deal of Pullman’s greatness as a novelist comes from his appreciation of craft, like that which goes into the making of the wooden acorn and fixing the convent shutters in La Belle Sauvage; whether describing the strength of an armoured bear in making sky-armour or the way to make a good loaf of bread, it’s all part of what makes a body of fiction that will go on being read and loved long after every Booker-winner is forgotten. But he is also an artist who creates unforgettable characters and conveys complex ideas, powerful feelings and profound insights in beautiful prose. Yes, thank goodness yes, a novel tells a story. But a storyteller would have allowed Will and Lyra to live happily ever after; an artist sundered them forever, to achieve grace through effort and immortality through anguish.

If I had my way, he’d get the Nobel Prize…

Amanda Craig’s latest novel is ‘The Lie of the Land’ (Little, Brown). Her Unbound book choice is ‘Oh, I Do Like To Be…’ 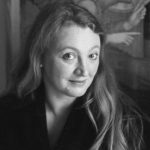 Amanda Craig is the author of seven novels, (most recently 'The Lie of the Land') critic and journalist. She was children's books critic for The Times for over a decade, and still reviews them for the New Statesman.
@AmandaPCraig
Tags :
Review Philip Pullman