The north conjures epic storytelling. It is the birthplace of the saga, where stories of human survival have long been sculpted by the region’s raw elements, as in turn they have shaped its varied landscapes, from sheltering forests to islands lashed by unforgiving seas. The ancestry of this tradition can be found in many-volumed novels that detail struggles against the headwinds of the modern-day elements, and also in the vicissitudes of Nordic noir, which keeps us in suspense, season after season. More than recounting feats of endurance, the storytelling of the region is also alive to the possibilities of human transformation, rooted in the metaphysical world of folklore and fairy tale. The contemporary Nordic short story is a crucible in which these properties are fused together, capturing a quest for survival while prising open, in the space of just a few pages, potential for radical change. These are timely qualities in a world on the brink, in which we need to find ways of reimagining our relationship to our natural surroundings, ourselves and each other.

Ted Hodgkinson: Sjón, the Nordic region covers a vast and varied terrain, both geographically and culturally. What are the things which bind it together? What are the elements that make up a Nordic identity? And after editing this anthology, what have you discovered about the literary links between the writers of the North?

Sjón: The Nordic identity question is one Nordic authors are repeatedly asked in interviews or on the panels of literary festivals; especially abroad and especially in the context of the Nordic Council’s Literature Prize. Their usual reaction to it is to be annoyed at hearing it again, before they answer that there is no common identity; that the literatures of each country have developed in their own specific way and so on. But as I take it, the question is really not about our own contemporary literary output but the deeper currents that run under the whole social make-up of the North. So I always try to answer it positively.

The fact that we share history, both cultural and political, that goes back more than a millennium means our societies – who in the beginning seem to have all been Germanic and heathen and speaking variants of Old Norse – have been introduced to great historical changes at the same time and had to react to them from that common ground. So the region’s movement from the Norse religions to Catholicism, from Catholicism to the Protestant Reformation, from the Reformation to Enlightenment via the Renaissance, from monarchy to democracy and then on to twentieth-century trends in ideologies, art movements and empowerment of social groups, could therefore be seen as one, making us a single culture with regional variations.

The long shared political history is, of course, also a story of wars, invasions, defeats, colonisation and the fight for the dark blue winter overcoat independence among those countries – and thereby of narratives about individuals and communities caught up in those events at the same time while in different parts of the North.

[…] I have become even more sure than ever before of how deep the common Nordic roots lie and how consistent authors in the North are in collectively nurturing and feeding from them.

The storytelling of the region is also alive to the possibilities of human transformation, rooted in the metaphysical world of folklore and fairy tale

TH: What makes Nordic writers so imaginatively drawn to the metaphysical, or even the magical?

S: I think that within much of Nordic literature there are two main tendencies at play – the naturalist school and the folk tradition or diverse common folk’s belief systems – and since the beginning of modernity one can see them used together or combined in different measures in most of the best short stories and novels from the region. The naturalists’ legacy of writing socially relevant stories – and their faith in the author’s power to be a voice of change by revealing society’s ills with literary means – is still there and responsible for the strong humanist foundation shared by the stories readers will find in this anthology. A part of that humanist worldview is respecting what folk stories have to offer as literature and the means to understand the universe and man’s place in it. And, as you know, once you are there – in a forest of stories, on an island of too many tales, in a city of sorrowful rhymes – you are in a world where metamorphosis and transcending the borders of the ‘real’ and the ‘true’ are more than just possible, they are tools of survival in harsh natural surroundings or a failing community. Today this can be seen in narratives about changing identities or new sexualities.

Another strong factor in Nordic literature is the early input of the avant-garde in most of the countries – surrealist poetry and the modernist novel – which on the one hand has resulted in a relentless questioning of the realist method, and on the other in renewing the ways authors can use elements from folk culture in their writing. Add to all of this the influence of diverse strands of Protestant and radical political thinking on Nordic authors and you have a heady brew.

This is an extract from the forward of ‘The Dark Blue Winter Overcoat and Other Stories from the North’, co-edited by Sjón and Ted Hodgkinson. It is published by Pushkin Press in collaboration with Southbank Centre’s year-long programme exploring Nordic arts and culture, Nordic Matters, which runs to the end of the year. Click here to read the story, ‘Some People Run in Shorts’ by Sólrún Michelsen 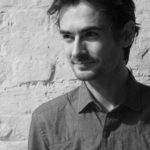 Ted​ ​Hodgkinson​ is a broadcaster, editor, critic, writer and Senior Programmer for Literature and Spoken Word at Southbank Centre, London. Formerly online editor at Granta magazine. His essays, interviews and reviews have appeared across a range of publications and websites, including the Times Literary Supplement, the Literary Review, New Statesman, The Spectator, the Literary Hub and The Independent. He is a former British Council literature programmer for the Middle East, North Africa and South Asia. He currently sits on the judging panel of the Royal Society of Literature Encore Award for the best second novel and the selection panel for the Rockefeller Foundation's Bellagio Fellowship. He has previously judged the BBC National Short Story Award (2016), the British Book Awards (Debut of the Year, 2016) and the Costa Book Awards (Poetry, 2012).
@TeditorTed 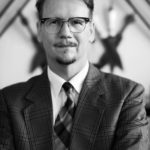 Born in Reykjavik in 1962, Sjón is a celebrated Icelandic novelist and poet. He won the Nordic Council's Literary Prize for his novel 'The Blue Fox' (the Nordic countries' equivalent of the Man Booker Prize) and the novel, 'From The Mouth Of The Whale' was shortlisted for both the International IMPAC Dublin Literary Award and The Independent Foreign Fiction Prize. His novel 'Moonstone - The Boy Who Never Was' from 2013 received every major literature prize in Iceland. Sjón's biggest work to date, the trilogy 'CoDex 1962' was published in its final form in the autumn 2016 to great acclaim and is forthcoming in English from Sceptre. He has published nine poetry collections, written four opera librettos and lyrics for various artists. In 2001 he was nominated for an Oscar for his lyrics in the film Dancer In The Dark. Sjón's novels have been published in thirty-five languages.
Tags :
Extract Nordic literature

Some People Run in Shorts

The divided self and inner hauntings feature in this creepy short story about a man who can't stop running.