A pop star on the verge of a nervous breakdown.

Frightening, alienating & lethal in high doses. Why fame is killing our idols. 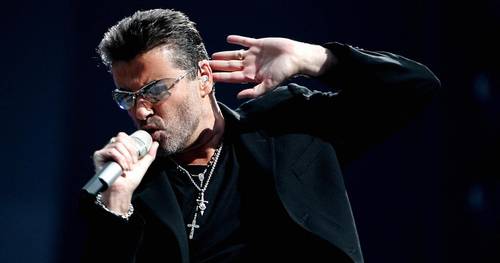 In the George Michael documentary Freedom, recently broadcast by Channel 4, the late superstar discusses a particular aspect of 1980s pop where “this handful of massive celebrities were constantly battling in the charts.” The musicians he had in mind were Michael Jackson, Madonna, Prince and, ultimately, George Michael himself, who went “full gusto” into creating a “new character” to stand alongside these idols.

“I don’t think youth culture will produce people like myself and Madonna and Prince anymore,” he noted. “It’s too fragmented now. I’d like to be remembered as one of those last big stars.” When he spoke those words, in an interview conducted with MTV in the mid-1990s, all of his heroes were still active in the music business. Twenty years on, it is disturbing, even shocking, to consider that, of the pantheon of superstars Michael aspired to join, only Madonna remains. Jackson, Prince and Michael himself all died in their fifties.

Is this just sinister coincidence or is fame fatal in high doses? A coroner’s report affirmed that Michael died of natural causes, relating to a pre-existing heart condition, although it can never be known how past problems with drugs and alcohol may have contributed to the decline in his health.

The circumstances of the premature deaths of all those stars are different, yet they share some aspects: isolation from normal experience compounded by extreme wealth, reported feelings of intense psychological pressure due to hysterical fandom, periods of extended drug and alcohol abuse, all surely compounded by being surrounded by a kind of enabling machine, a retinue of business and personal dependents unwilling or unable to confront problematic issues.

Many of the same factors contributed to the death of the original rock’n’roll idol, Elvis Presley, in 1976, and another 1980s superstar (and former duet partner of Michael’s), Whitney Houston, in 2012. These were amongst the most talented and adored stars of our times, gifted people who appeared to have everything to live for. But in the toxic climate created by our modern cultural obsession with fame, sometimes everything is not enough.

I think George Michael was right when he suggested the 1980s created a particularly magnified type of stardom. The music business was going through an explosive growth period, driven by corporatisation and the increasing market domination of a handful of major conglomerates, combined with the rise of the CD format and a new style of branded pop filtered through MTV. It was a period of luxury and excess, in an industry awash with the usual rock’n’roll vices.

Yet most of that generation’s pop stars are still with us. What seems to have compounded a sense of acute psychological distress in George Michael’s case was the feeling of having to go through things alone. “I can’t really explain how overwhelming that kind of hysteria can be if there is only one person to absorb it,” Michael asserted in his documentary. “When I was with Andrew (Ridgley, in Wham!) it was easy to keep each other grounded, to look each other in the eye and talk about the madness around us. When you can’t do that, suddenly it is scary.”

He suggested few human beings could handle that attention without finding it “frightening enough to self-destruct.”

Perhaps it is the very nature of solo stardom that is so dangerous. In a group, there are other personalities with which to share and absorb the experience, disperse and deflect the attention, and curb excesses to keep one another grounded. Most of the other iconic global superstars from the eighties were in, or closely connected to, bands: Phil Collins (of Genesis), Sting (the Police), Bruce Springsteen (with the E Street Band), Bono (in U2).

Speaking to me about the explosive moment when Joshua Tree suddenly made U2 the biggest band in the world in 1987, Bono recalled scenes outside the Sunset Marquis Hotel in Los Angeles, when the street had to be blocked by the police and fire trucks, with helicopters buzzing overhead and thousands of fans gathering outside. Bob Dylan, who had just played a concert with U2, asked Bono how he was coping. Bono said “it’s a bit of a mindbender.” Dylan looked at him, and said, very quietly, “imagine going through this on your own.”

The most hedonistic aspects of the rock and roll lifestyle have claimed many vulnerable lives over the years, including the members of the so called “27 club”, from Jimi Hendrix, Jim Morrison and Janis Joplin in the early years of the rock explosion to Kurt Cobain in 1994 and Amy Winehouse in 2011.

A report this week from independent music charity Help Musicians UK (HMUK) drew attention to the scale of mental health issues amongst musicians at all levels of the business. Their study, Can Music Make You Sick?  found that a disturbing 71 per cent of musicians reported suffering anxiety or depression. This is estimated to be three times the rate in the general population (the UK Office for National Statistics indicates around one in five people suffer from anxiety or depression).

At the everyday level of most professional musicians, the most persistent underlying problems relate to coping with an insecure, low paid, itinerant existence. It can be a hard life, underpinned by a constant struggle for economic and artistic validation. In that sense, the problems that come with superstardom can seem self-indulgent, although it doesn’t make them any less real. It is particularly dismal to consider that the success most musicians aspire to seems unlikely to provide the psychological comfort they crave, bringing with it levels of attention that clearly have a toxicity of their own.

What might we learn from the survivors, those iconic stars who appear better equipped to keep the demons of fame at bay? Madonna seems a particularly self-disciplined character. Could it be a factor that, as a dancer as well as singer, physical fitness has remained core to her regime for her entire career, offering some protection from long term damage to her health? Might it be that, as a woman she was more socially and emotionally adept at coping with the pressures (this certainly did not protect Whitney Houston, or Britney Spears as she struggled with a nervous breakdown in the 2000s, or Amy Winehouse as she succumbed to addiction).

Should the stars who followed in the wake of those tragic 1980s idols be nervously contemplating their own mortality? Or was there something about the super-fame of that era that was particularly lethal?

This is not something that can be easily comprehended or solved. The dangers of excessive fame are vague and amorphous but seem to relate to isolation, overwork, indulgence, ego and insecurity. Awareness of the problems may be the only defence but they are, by their nature, problems few will ever have to face.

In some respects, I feel we have all become more conscious of how dangerous fame can be, but it may also be true that the nature of fame is changing. When I look at the new generation of level headed superstars, I find it hard to see the likes of Adele, Ed Sheeran, Taylor Swift or even more flamboyant characters such as Beyonce and Lady Gaga going the same way as their predecessors.

When George Michael said he wanted to be remembered as “one of the last of those big stars”, I hope, in a way, he was right.

A first edition of the hardback plus the ebook and your name in the back of the book.
Buy now
£40  + shipping
69 pledges

As a music critic, Neil is the recipient of an apparently unending supply of CDs, records and other promotional material. His office shelves are creaking under the weight of assorted rock and roll paraphernalia, VIP stickers, posters and backstage lanyards. For 50 early bird supporters, Neil will send a pack of ten hand selected promo CDs and one piece of promo memorabilia. Plus (on publication) a signed first edition hardback, ebook edition and your name in back of book.
Only 70 available.