Why Huw took Control of the Music 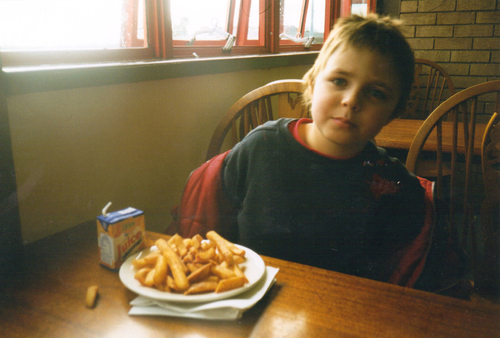 We didn't have headphones in our house and by the time we thought of them, Huw, at the age he is in the photo, had found his own way to listen to music.  This brought other challenges and potential disaster but it was better than what went before in some ways...

Everyone likes different music in the house.

'Oh, not the Grateful Dead – pleease,' Mum says one day.  'I thought we had an agreement.'

'But it's just arrived – it's an unheard live concert,' says Dad.

'People are advertising them on the internet.'

'This must be at least the tenth one in as many weeks.'

'I know – and there's a load more coming.  I'm collecting them.'

'I mean it,' says Mum, 'every time you play one of those tapes, I'm going to play a whole CD of opera favourites.'

Dad puts on the tape and Huw bounces to the music.  Lucy comes downstairs.

'Oh Nooooo,' says Lucy. She has her fingers in her ears. 'I hate the Grateful Dead.'

'They're brilliant,' says Dad. 'How can you not like them?'

'I don't like the bass line,' says Mum.  'It slithers all over the place.'

'One of the greatest guitarists ever,' says Dad.

She goes upstairs and comes back with her CD player.  She goes into the kitchen and plugs it in.

It is a big loud buzzing sound with yells.

'Turn it OFF!  Pleease, both of you!'  Mum has her fingers in her ears.

'And the Grateful Dead,' Mum says.

The twangy music plays and Mum shuts the kitchen door.  Huw opens it. He doesn't like closed doors. Lucy goes into the other room and plays her music.  Mum closes the door on Lucy.  Huw opens the door.  They go on like this for a while.  Huw is NOT having any doors closed.

The twangy music stops. Mum quickly puts a CD on the player. There is a man singing very fast and then lots of people singing and the man singing again singing 'La' a lot and Mum sings with them,

Huw masters how to operate the CD player, with some hiccups....

'He likes T Rex and The Merry Widow,' Mum says.

CDs do break.  Huw bites a chunk out of one.