WHATEVER YOU DO, DON'T SING THE POSTMAN PAT TUNE 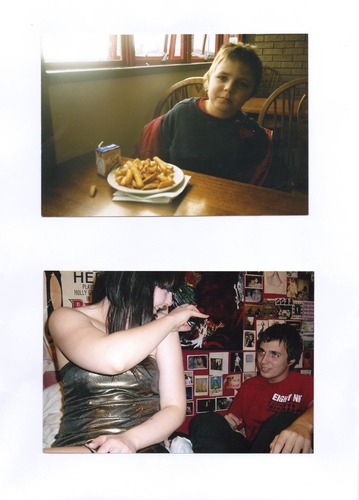 One of the great mysteries to us as a family, was why Huw occasionally found the theme tune from Postman Pat so utterly terrifying.  Those of you who have pledged to buy 'Your Life as I Knew it' can find out why now, (as you probably would turn to the notes immediately, if the whole book was in front of you).  Those of you who haven't yet pledged, please do so - or share with someone who you know would enjoy the book, and benefit from the discoveries within it.  Many thanks!

Today is four.  Huw has lots of pictures with four on them.

'The tent and the tunnel and the things are 'for you',' Dad says.

Huw doesn't know what 'you' is or why it is four, but he likes going in the tent and the tunnel.

Mum says it over and over. Huw can't say it back.  He gets stuck on one word.

'I'm too big for the tunnel,' Lucy says.

Lucy gives Huw toys and books inside paper.  He tears off the paper and then carries on going through the tunnel and into the tent and out again.  People come into the house, Huw tears paper off things and goes straight back to the tunnel and the tent.  The people stand by the tent and Mum or Dad or Lucy says,

'Whatever you do, don't sing the Postman Pat tune.'

'Why not?' people say sometimes.

FROM NOTES ON THE TEXT

Mum says it over and over

'Whatever you do, don't sing the Postman Pat tune.'

Why the Postman Pat theme tune had such a terrible effect on Huw remained a mystery until he was about eight years old.  The puzzle was greater because Huw still watched the cartoon series and the recorded version didn't bother him at all. It was only when women friends or relatives sang it to him that he went into a full-on hysterical panic lasting well over half an hour, during which he was completely inconsolable and the unfortunate guest who had sung to him was also so horrified that they, too, had to be comforted.  Chapter 8 reveals all.