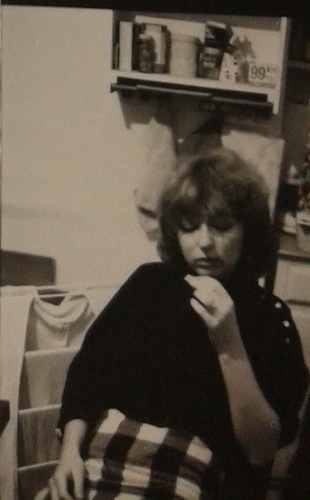 Why is there now a hundred-fold Increase in Autism Spectrum Disorders compared to diagnoses in the 1970s?

Better Diagnosis (but that's not the only reason)

The DSM (Diagnostic and Statistical Manual of Mental Disorders) was updated in 1980 to give a wide range of features associated with autism.  This undoubtedly led to more people being diagnosed as on the autistic spectrum.  Such a huge increase cannot be attributed to just this, however!

Nitrous Oxide in the polluted air of our towns and cities can immobilise vitamin B12, leading to vulnerability to all manner of toxins.  All over the world there is grave concern about the adverse effects of air pollution, with good reason.  NB Please consult your doctor before taking any supplements.  There is some concern that high doses of B12 in some daily supplements can be damaging if you have diabetes or kidney problems, for example.  Another problem may be to do with absorption - high levels of B12 in your blood do not necessarily indicate that your body is using the vitamin correctly.  It may be that injections rather than oral supplements are needed. Always consult your GP and ask for a full blood test, which should give a clearer picture of any problem, and how to treat it.

Increased use of Cleaning Products

Given my slapdash approach to housewifery, I didn’t give this theory much credence, until my own fairly recent diagnosis with very low levels of vitamin B12, which only became noticeable when I was exposed to the ghastly fumes of a plug-in air-freshener. Fortunately, the dementia-like effect was short-lived, and I will be eternally grateful to the young doctor who spotted the likely cause.  I was given injections of a more easily absorbable form of B12 under a strict regime and the symptoms were reversed within a few weeks.  When I started to research the causes of B12 deficiency for my own purposes, I made the connection with my son’s autism.

About forty years ago, people everywhere began to reduce the amount of salt (Sodium Chloride) in their diet, because it had been linked with heart disease.  The focus was on reducing the amount of Sodium, but something very serious, in my view, was overlooked in the process.  The 'Chloride' part of salt is needed to create Hydrochloric Acid in the stomach, which is essential for all sorts of digestive processes, including the absorption of vitamin B12.  Low salt intake could also explain why heavy thirst is an early sign of autism - it could be due to dehydration, since salt is vital to keep the body's fluids at the right level. Some studies have now discredited the link between salt-intake and heart disease but check with your doctor if you decide to go back to pre-1980 consumption levels.

Researchers in the pub med link above, have found that this type of mini pill has an adverse effect on levels of B vitamins.  They were measuring its effect on bone mineral density – but failed to identify other possible adverse effects of B12 deficiency especially.  I include this reference because I feel it is very important and its findings should be investigated further.  This research was criticised for not using rigorous enough methods.  However, I wonder why I can't find any follow-up studies.  Is it because the medical establishment, wants to avoid a scare and an increase in accidental pregnancies?  Or do the largely male-dominated research bodies just not care? I’m sure all the women who have suffered miscarriages and who are currently caring for children with autism would like to know more about this!

Increased and ill-advised use of Antibiotics

No-one at the Autism conferences I went to (from 1997 onwards) was against vaccinations, but they were concerned about 'when and how' they were given.  The 'gut flora' experts recommended that if a baby has had a course of antibiotics, then vaccination should be delayed because they thought it might not be a good idea to put too much stress on immature immune systems straight away with live viruses (which are used in both the DPT and the MMR).  This is one of the reasons why babies who have been on antibiotics aren't vaccinated until a while afterwards, these days – but not before a good many babies were, in the 1980s and 90s.  Some antibiotics have been identified as a cause of B12 deficiency, which may take weeks or months to manifest, however – longer than the few weeks delay required by GPs before administering triple vaccines at the moment.   All babies should be tested for B12 levels before receiving any inoculations, in my opinion.

Huw ate tuna about 3 times a week as a child and the seas where tuna used to be fished were discovered to be polluted with mercury.  Extra mercury could also have come from the amalgam in my teeth because I had two root canal treatments during my pregnancy with him.  During the 1980s such dental treatment was free in the UK, if you were pregnant.  Another possible source of mercury poisoning could have been Thimerosal, used as a preservative in the DPT and MMR vaccines (since removed, thank goodness). Mercury stops B12 from performing properly and creates a barrier to it reaching the brain where it is needed to enable neurones to make the right connections.  Destruction of myelin sheaths as a result of B12 deficiency is a well-known cause for dementia, which has similar features to severe autism.  In general, B12 deficiency leads to failures to eliminate any number of other toxins,too, because it ultimately reduces levels of Tryptophan, long associated with autism.

There is now evidence that MSG can adversely affect the foetus and lead to seizures in later life.  I used a large bottle of Soy Sauce with added Flavour Enhancer (another name for MSG) throughout my pregnancy with Huw, as part of our family’s Pescatorian diet. As I have described in other Updates, MSG is in most processed food these days disguised as modified, hydrolysed, extracted or fermented additives or processes.  Food manufacturers eagerly seized upon the failure of campaigners to ban the substance completely around 1981 and took this as licence to use it in practically all of their foodstuffs as a salt substitute.  Textured vegetable protein and most condiments contain it, so non-meat eaters (as we were) most probably eat more foods containing MSG than average.  Vegetarianism and especially Veganism can lead to B12 deficiency anyway (see earlier Updates) and this appears to exacerbate the ill effects of MSG intolerance, which bear a striking resemblence to those experienced by people with autism: insomnia, mood swings, severe headaches (also covered in previous Updates).  There was a huge rise in Vegetarianism in the 1980s – this generation isn’t the first to make the connection with climate change!  If you are going to follow this diet for life, for goodness sake make sure you have enough B12 if you are going to have children!!  That’s men as well as women – because another research paper linked B12 deficiency with low fertility or damaged sperm in men.

More Women in the Workplace

Sad to say, no allowance was made by the working establishment for the now even more undervalued work that women did before the 1980s, and still do - 40 hour weeks and more were expected.  This led to households depending more and more on processed, pre-prepared foods (see Salt Substitutes above), and a probable overdose of MSG – no, it isn’t just in Chinese Food!  Women were also eating take-away sandwiches at lunchtime.  Before the arrival of Pret A Manger and the like, practically every sandwich I looked at contained MSG in a hidden form (see above) among its ingredients.  Being very sensitive to it myself and wary of passing out while looking after my son, I became an avid reader of ingredients labels.  Recent research has linked exposure to MSG in the womb to seizures later in life (see Salt substitutes).  My son developed full on epilepsy at 12 years old, and it is probable that his a-tonal noises and hand-jerks before that were indicative of myoclonic seizures (dismissed as an autistic 'tic' by his consultant). When he was given his first EEG (at age 12 - it should have been much, much sooner), he was found to be having absences every seven and a half minutes.  It's possible that these had troubled my son from birth - it certainly explains why one particular summer he fell in the local lake six times, when he was normally so sure-footed!

Massive increase in use of Microwave Ovens

Researchers have found that heating food in this way destroys 30 per cent of its nutritional value.  My own diagnosis with B12 deficiency was after three years of using a microwave and a steamer as the main means of heating food in my rented flat.

A particular crop spray in the US was linked with killing off or confusing bee populations, apart from adding to the toxic load of people consuming the crops.  It was made from milk powder, which would have contained freed glutamic acid (aka MSG) as a by-product.  AuxiGro was its name and if it’s still being used, it shouldn’t be, at all.  Ever.  Nor should any other pesticide made from other forms of freed glutamic acid and, according to the Truth in Labeling campaign, a number of them are still being used in the US and Europe.  If you've noticed increasingly adverse reactions to wine, for instance, you now know why.  The damaging effects of these manufactured fungicides on people and animal life have long been known and yet their makers cling on to false claims that the freed glutamic acid they contain is a naturally occurring substance.  There are very good reasons why we should all try to support local farmers with proven safety track records and campaign for the safety of our crops.  It might save the bees, for one thing, and incidentally save ourselves and our children from contamination!