The Kindness of Others

As my daughter has mentioned more than once in her journalism, many people helped us cope with the challenges autism brought, including being unable to afford vital repairs.  Here's an example of one such occasion, when temperatures outside were freezing: 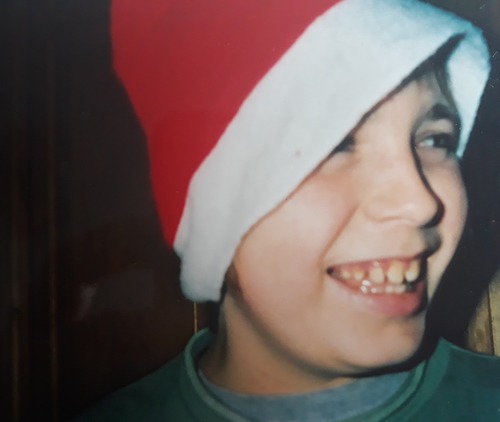 Huw has a new friend.  It's half as big as he is and has a big swinging face.  Lucy says he is an Alien and isn't very hot.* There are flames in the fireplace again and Huw now knows he mustn't do anything with the fence round them because of all the smoke and bleeping which happened last time.  The fire is getting hot and Huw likes looking at all the orange lights.  Mum puts the alien in Huw's room.  Huw doesn't want the alien in his room.

Huw goes back downstairs and looks at the fire.

There is a knock at the door.

'Hello,' says Mum when she opens the door, 'you must be Will's dad.'

A big man comes in with a big clanky bag.

Huw doesn't say anything, but he follows the man through the house to the fridge.  The man takes the front off the big box next to the fridge.  He taps the pipes.  It sounds like music.

'Have you had anything done which might have created an airlock?' he says.

'Not recently,' says Mum, 'but we separated the radiators in the cottage next door from the main system when we made it a separate dwelling.' **

The man plays some more music on the pipes, then goes upstairs and gets into the cupboard on the landing.  Huw stands outside the cupboard with Mum.  They wait.

There is a hissing noise and some gurgling.  The man comes out of the cupboard and they all go back downstairs again.

Mum makes the man a cup of tea.  The big box next to the fridge is roaring.

'Fingers crossed,' says the man, but his fingers don't cross.

A bit later he goes upstairs again.  This time he goes in all the bedrooms.  Mum and Huw follow him.

'Well, at least it'll be warm upstairs – and the heat from above will help down here,' says Mum.  'Thank you so much for coming out.  What do I owe you?'

'Thank you so much,' Mum says again, 'and please say 'Hi' to Will.  He's taking Huw swimming tomorrow.'

'It's a pleasure.  Goodbye.  Goodbye lad!' The man waves and the door is shut.

Mum kisses Huw.  He goes and puts on some music.

She runs away, into the kitchen.

'It's a lovely day tomorrow,' the lady sings.

*** Vera Lynn's Greatest Hits was given to us in error by my sister one Christmas (the CD case said it was Martha Reeves and the Vandellas but Vera Lynn was inside).  Nevertheless, it quickly became one of Huw's favourites

Thank you from the bottom of my heart to all of you who have given your time and skills in the past and to all of you who continue to give in support of this book (I hope it will finally achieve publication in the New Year).  It's uplifting to know that there is such generosity in the world, despite the self-centred cynicism and greed of our most recent governments.  Here's to a better 2020 for everyone in which the best of human values prevail!