THANK YOU AND GOODBYE - A LAST EXTRACT 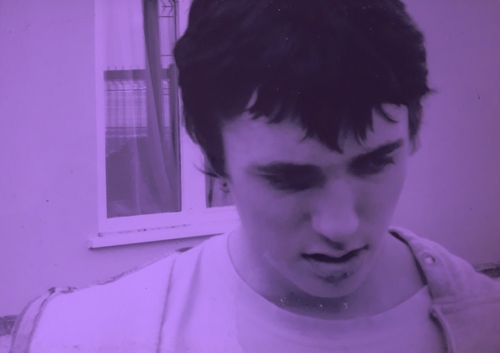 FOR LEGAL AND FINANCIAL REASONS IT HAS NOT BEEN POSSIBLE TO PUBLISH THIS MEMOIR IN FULL.  HOWEVER, MANY EXTRACTS AND NOTES CAN BE READ IN THE UPDATES I HAVE POSTED HERE OVER THE LAST TWO YEARS, AND FOR THOSE OF YOU WHO HAVE BEEN FOLLOWING THEM, PLEASE SEE BELOW FOR HOW THE STORY ENDS.

IT IS PROBABLE THAT 'YOUR LIFE AS I KNEW IT' WILL NEVER SEE THE LIGHT OF DAY SO PLEASE TAKE THIS LAST OPPORTUNITY TO VISIT ALL THE OTHER UPDATES, IF YOU HAVEN'T ALREADY. THANK YOU TO UNBOUND FOR GIVING HUW A PLATFORM DENIED TO HIM BY MAINSTREAM PUBLISHERS - IT HAS MEANT THE WORLD TO US. THANK YOU TO ALL OF YOU WHO HAVE PLEDGED AND TO EVERYONE WHO HAS SUPPORTED US IN DIFFERENT WAYS.  UNBOUND WILL BE IN TOUCH REGARDING REFUNDS AND I CAN BE CONTACTED PERSONALLY AT akozgraphics@gmail.com

'Your Life as I Knew it'  - An Ending and a Beginning

I'm so relieved,' Mum says.  'I'm so sorry you didn't go swimming, Huw, but we couldn't get you out of the house any other way.'

'We tried,' she says to the new people.  'I showed him pictures of what it would be like here, but yesterday, when we were going to bring him, he just dug his heels in. Two of us couldn't get him off the sofa.'

Mum is smiling and she is crying, but not as much as last night, when Kirsty MacColl was singing 'Thank you for the Days,' on Huw's CD player, and she sat on Huw's bed and sobbed.

'Well, Huw,' says the nice lady.  'This is your new school, where you are going to live all the time, and we aren't going to do anything unless you are happy.  We want Huw to be happy.  We are going to take things very slowly.'

Very slowly. That suits Huw.  He is not leaving this place.  He's not going through any more doors – ever.  He likes swimming, but this place is OK.  He knows he's safe here.

I left Huw in a room without shelves, without books, without anything apart from plastic covered sofas and a coffee table.  We'd had coffee and I'd tried to hug him.  It was the visiting room.  The living room had a huge TV in it and the seating was squashier, more comfortable –Huw’s new carer took him back there, once I'd gone.  It was tea time and as I drove away, I thought maybe Huw would be eating at the large oak dining table, which I knew even he couldn't pick up and turn over.   He had four new flatmates - all young men his age - fifteen, or nearly so, in his case.  Huw would have a social life again, new interests, an ordered home without random objects to drive him mad with building obsessions - locks on other people's doors so he wouldn't get at their stuff, but above all he would have highly trained carers who didn't believe in 'hold down' methods.

As I drove, the tears were flowing – 'Cry me a River' the song says – 'I'll cry you the sea' I was thinking, looking out over the Straits that bordered that part of the road.  I wondered if I should pull over into a lay-by and give into it, but I kept going. I had to finish the task in hand – confirm to the social and educational services that I'd done it – I'd delivered Huw into their hands – or rather Will had delivered him and I had followed.

Later I would write a letter to Huw, although I knew he would probably never understand it:

I know it's for the best and that you'll be happier.  I also did it for me – because you were destroying me.  You didn't know what you were doing and I have nothing to forgive you for – but please forgive me.

You don't know that you aren't coming back to live here any more.  This isn't a weekly boarding school you're in – it isn't like the other one – thank goodness.  I don't know what went wrong there but they played a part in how things fell apart, so I'll be looking into that, don't you worry.

And when I've done that, I will start to try to work out how and why all this happened. No one, nothing, has prepared me for this.  I thought I would always be able to look after you and I am so sorry that I couldn't do it any more – that I can't do it.

I know you will be happy at the new school, but I'm glad you won an extra night at home.  I didn't want to let you go either.  I wished that day could be tomorrow, too.

I love you and have always loved you - don't ever think otherwise,

From your devoted, heartbroken

So sorry to read this Anna. You've made a hard decision both for his benefit and your own. One of the hardest decisions in the world. I hope he flourishes there and that when you do see him you can see this progress. Take care of yourself. You'll need to grieve and above all rest. It's been an exhausting time and you made sure you both survived it, even if it doesn't feel that way now. Direct the anger towards the lack of resources, not at yourself. You are a strong woman who did her best in very difficult circumstances.

Hi Juliet, thank you so much for your words of support. It has taken me years to write this book, so events described here happened a long time ago. Huw took months to recover in the care of many wonderful people in his new residence but when he did, his life opened out for him in so many ways. As my most recent Updates reveal, his problems were exacerbated by a bad reaction to an anaesthetic (Nitrous Oxide) combined with already low B12 levels. This in no way excuses the appalling treatment he received at his weekly boarding school, which was eventually investigated by police. I see him regularly and can report that he is a very happy young man with a full social and exercise calendar. His speech is still very limited though and my greatest wish is that Speech Therapy teaching develops to cater for those who find it hard to grasp basic sentence structures. I also wish all people with severe autism could have the same high standard of treatment as Huw was lucky enough to receive in the end - I am truly grateful!

I'm going to miss your updates - I feel like I've not only learned things - but I have been able to feel the love in your words which has been a joy. I hope everything is okay - take care x

I'm so very sorry to hear that this is the end for your book. As a recently retired teacher I have found your extracts very interesting, fascinating and full of insights. Thank you so much for sharing your story and for revealing the ending. I had feared the worst but your reply to Juliet above is very heartening to read. I wish you and your family every success in moving forward with your lives.

Thank you Amy and Julie for your kind and encouraging words. I'm so glad that you liked the research I did as well as the stories. I wanted to prepare families for the possibility that their teenagers with severe autism might find life at home boring after a while and start getting destructive. This wasn't the only reason for Huw's controlling obsessions but looking back to his life with a single Mum during the holidays and the rich and varied life he leads in his new surroundings - I know which I'd choose if I were him! The question is how well such residences are run and the failings of his former boarding school are unfortunately still all too prevalent in a sector that isn't monitored sufficiently by the powers that be, even in this day and age! I will continue writing and maybe the whole story of our family life will come out in different ways - perhaps with some fictional alterations to protect me from libel suits!