Like many marriages in families with an autistic child, mine came to an end - when Huw was six years old and Lucy was eleven. For three years or so afterwards, I was too busy to think beyond the odd crush, so it was a nice surprise when a meeting at a fancy dress 'do' ended in what I hoped would be a long term relationship. Simultaneously, flirtations with an American artist were becoming more serious. Here's an excerpt from 'Your Life as I Knew it' which sets the scene for a good deal of to-ing and fro-ing between two possible partners - only towards the end of the book do you find out who wins: 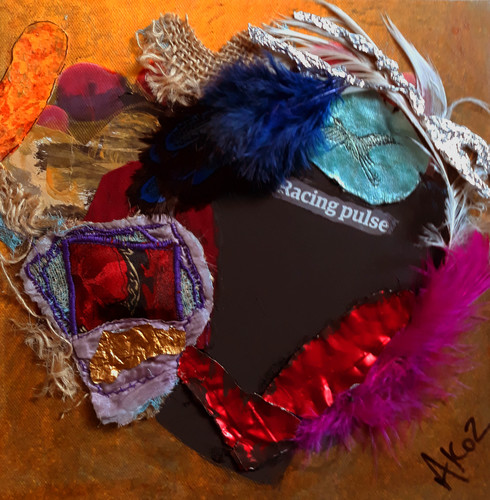 Dermot coughs and gets out some stuff to make cigarettes. He starts to roll one.

'I'm not that big,' says Mum. 'Maybe it's my coat, it's very padded. What are you talking about? And what do you mean 'and there's Huw'?’

'Sarah, your ex-girlfriend. She's sixty?' Mum has big eyes now and looks scared like in Scooby Doo when the ghost is coming. 'Sixty! She certainly doesn't look it.'

'Oh, who does that remind me of?' Mum says to her empty mug of tea.

'Nothing,' says Mum, 'I just seem to attract men who do that, that’s all.'

'That's OK. Actually, I was wondering what to do about my friend Ezra, who's coming over from the States again soon.'

'Your friend or your boyfriend?'

'Good question. I'll let you know after he's gone. I'll leave it up to you to phone me.' Mum stands up and gets hold of Huw's hand. 'Bye,' she says.

Mum and Huw go back to the car. Mum doesn't say anything for a long time. When they get home, Lucy is there,

Huw puts the Pogues on the CD player.

'That's a bit like the music the band was playing there,' says Mum.

'Something's up, I can tell,' says Lucy.

'Dermot doesn't want to see me any more.' Mum starts crying. 'He says I'm too big.'

'You're not fat,' says Lucy, 'but you're not thin either. Anyway, what a bloody cheek! If a boy said that to me I'd tell him to piss off.'

'Well, I didn't. I just told him I was seeing Ezra soon, anyway.'

'Ezra? The American? I can't keep up. Are you and Ezra going out?'

'No. I don't know. He's been on the phone a lot. He isn't happy with his girlfriend.'

'But he’s going to live next door, isn’t he? What if you get together and then it all goes wrong?’