1.To tell you that Women Who Won is now in the last quarter of funding! We are 78% funded and I feel like the finish line is in sight. But, there is still work to be done and I would love your help.

Now is the time that some people feel comfortable to jump on board because we're getting closer to the final total. Do please share the Women Who Won page with one friend today who you know would be interested. This weekend Unbound is offering a bank holiday promo code, MAYBANK15, so there's an extra incentive.

2. I've been busy writing and have just finished the section on women from Oceania. Today I want to share some details about Carol Martin, the first Aboriginal woman elected to the Australian parliament in 2001. When her husband failed to get elected he said she should do it instead and her reply? "No way, mate, I’m not doing that; bullsh*t." But she did, winning easily, and served for over ten years. Carol had been legally removed her from her family as a child, like so many of the stolen generation of Aboriginal children. Her rise to parliament was a phenomenal achievement where she fought for the rights of people across her large constituency, as you'll read in Women Who Won.

In her inaugural speech she said: "I hope that my election acts as an example to and provides a role model for our young people. I say to them that regardless of their situation, it is within them to take control of their lives and to achieve their hearts’ desire. They are not alone; we are clearing a path for them.”

Thank you Carol, and thanks to all of you for helping me tell the stories of 69 more women who have been clearing a path for the next generation. 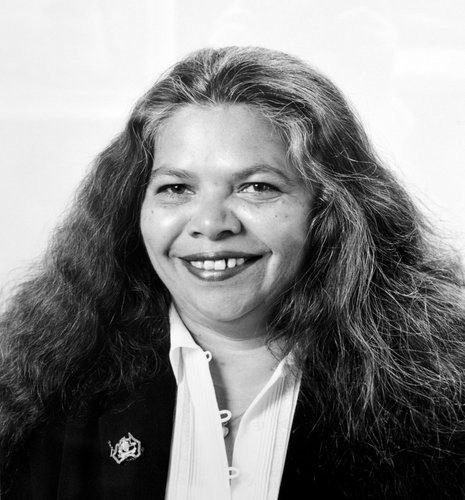