Travel
Rewards for this book are not available.

The World The Railways Made Hardback

I Tried To Run A Railway Hardback

A Book Of Railway Journeys Hardback

A Treasury Of Railroad Folklore Hardback

The Library tells the story of the railway – whether traversing American prairie, Siberian tundra or African savannah, each book here conjures up the world’s greatest engines, the lines they ran on and the stories of the heroes and rogues who built them.

All of the titles in Wolmar's Railway Library are available as luxurious hardback editions for the very first time. Featuring specially commissioned contemporary cover art, cloth quarter binding, foil blocked lettering and ribbon markers, these collectable editions would make a valuable addition to any railway enthusiast's bookshelf. Pledge for one of these beautiful editions, or subscribe to the whole library, and receive a digital edition of your chosen title(s) for free. 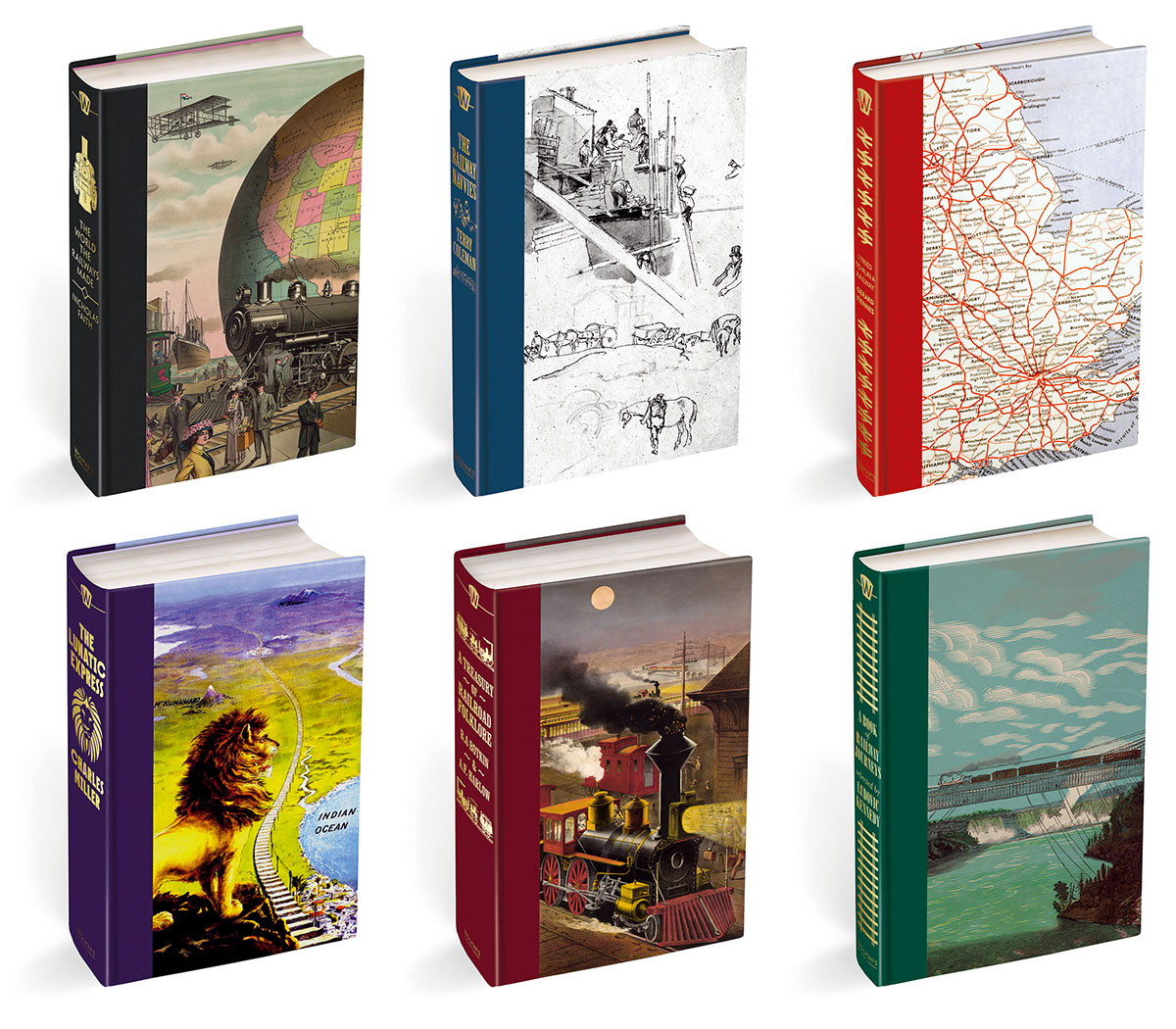 THE WORLD THE RAILWAYS MADE by Nicholas Faith

This book has the best title of any railway book I have encountered. It does precisely what it says on the cover. Nicholas Faith explains in great depth and with rigorous argument how the advent of the railway affected virtually every aspect of the way people lived. The book only lacks a chapter on what the railways did not change. It would have been a short one.

THE RAILWAY NAVVIES by Terry Coleman

The construction of the railways was the most ambitious engineering project ever attempted. We remember the Stephensons, the Brunels and the other greats, but rarely do we think of the navvies, who died in their thousands to create 20,000 miles of railway in just over 75 years -- that is five miles a week – with their bare hands, a few basic tools and a lot of explosives. Terry Coleman's vivid study is a brilliant study of a magnificent and vanished race of men.

I TRIED TO RUN A RAILWAY by Gerard Fiennes

Quirky, whimsical, eccentric, iconoclastic and funny… This is the book that railway managers always refer to when asked to choose one that explains how a railway operates and how best to manage it. This book has wider resonance than the railways. It is about coping with the pressures of working in a big organisation and the way that decisions – good and bad – are made.

THE LUNATIC EXPRESS by Charles Miller

Branded by Winston Churchill as 'one of the finest expositions of the British art of muddling through’, the ‘lunatic line’ was a 660-mile triumph of guts, engineering ingenuity and sheer persistence in the face of drought, pestilence and man-eating lions.

A TREASURY OF RAILROAD FOLKLORE by B.A Botkin and Alvin F. Harlow

By far the best source of reading matter for anyone interested in the first century of railroad history in the United States, including as it does hundreds of stories of individual railroadmen, their successes, failures – and only too often their courage – but also many lighter items, including the scores of a dozen railroad songs – as well as the role of the scandal-mired Erie Railroad as the butt of hundreds of jokes.

A BOOK OF RAILWAY JOURNEYS by Ludovic Kennedy

There have been only too many books assembling samples of other people’s works on railways. Fortunately this one is different, or, to put it bluntly, superior. The reason is simple, the compiler, Ludovic Kennedy, based his selection on a single criterion: to include exclusively items of ‘what has informed, delighted and amused me’.

The World The Railways Made Hardback

About Head Of Zeus

We are Head of Zeus, an independent publishing house dedicated to new authors, great storytelling and fabulous ideas. Head of Zeus opened for business on 3 January 2012 and we published our first books in July 2012. Our list is a mix of general and literary fiction, genre fiction and non fiction.