And so did you. Well, 103% so far. This is fantastic. As previously stated here, it means the book can happen. It will exist.

'So what about the extra 3%?' I hear you cry. 'And why are you still nadging on about funding? Get to that desk and write that book, slacker!'

You have a point.

But as well as biting the rook, as the Reverend Spooner would have said, I will still nadge on about the funding. Here's why.

The 100% referred to above is enough to fulfil the pledges of all the 'subscribers', the people who have given their hard-earned (or possibly stolen, it matters not to me) cash in support of it. They will, in due course, get their books (a posher edition than the one to be found, in slightly duer course, in the shops).

But at this stage nobody has actually made any money.

Anything beyond the 100% gets split 50/50 between me and Unbound. And that goes for the proceeds of any sales, too (once the distributors have taken their chunk.) This is what is known as a good deal for the author, and one of the many reasons why the Unbound model is so attractive to people like me.

But what about you? Why should you lend your support to the book now? Why not just wait until it's published?

1. The subscribers' edition is, as already mentioned, posher than the bog standard one. And once it's done, it's done.

2. You get your name in the back of every edition, as well as the warm fuzzy feeling that comes from patronising the arts. (You can take ‘patronising’ to mean whatever you want, by the way. I won’t be offended.)

3. The rewards: depending on your level of support you can get cool things like conducting lessons or a day birdwatching with me or a beautiful signed print of the cover art, and so on. Again, once they're done, they're done.

5. I know people. I know where you live.

Right. Enough. Have a picture of two juvenile ringed plovers resenting each other. 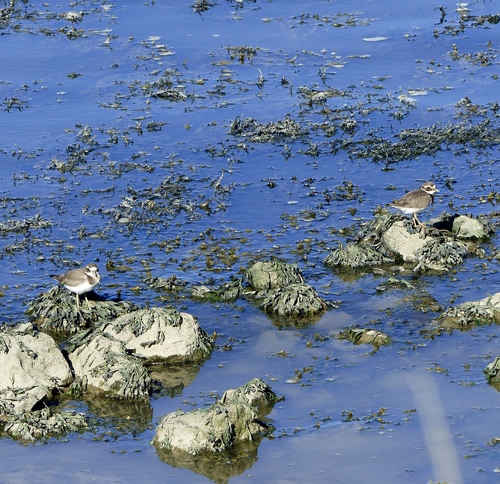