...it was cloudy. I have the photos to prove it. 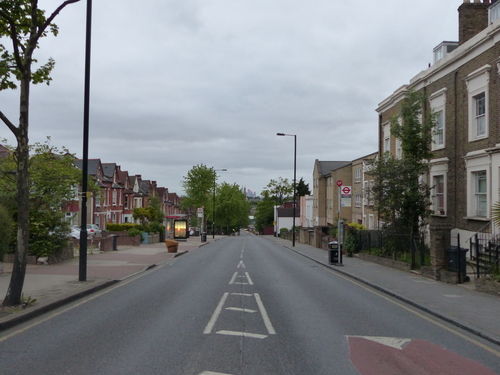 The plan for the day: up early (the emptiness of the road will give you a clue exactly how early), a walk round my local patch to see how the nuthatch chicks and other new arrivals were doing, breakfast, school run, work on some Berlioz, catch up with emails, rehearsal in the evening.

I had no idea how it would do. I had visions of failure, humiliation, people shrugging their shoulders, maybe a pitying chuckle. A book about birdwatching? By a conductor?

I thought it might limp to 50% thanks to the support of those most loyal, and I would have to think of some other way of disseminating the words that tumble so precipitously out of my head and onto the screen. Maybe self-publish again.

It’s not an efficient way to buy a book, we have to admit that. You pay upfront, trusting that the book will appear. If it’s fiction, then it will already have been written, and production time is shorter. But this was non-fiction. It was no more than an idea, a 200-word synopsis, a rough and ready chapter breakdown and a short extract. And I was less than halfway through the year of birdwatching that formed the main subject of the book. Who in their right minds would support that?

We reached the target exactly three months later and the book is now with the editors. It will be published...well, I can't yet say exactly when, because we don't exactly know, but...it will be published, which is the main thing.

Unbound's strapline, 'Liberating Ideas', says it all. From commission to delivery, it's been clear that I've had the freedom to produce the book that I want to write, but I've also been guided by their expertise and wisdom towards our ultimate goal: a beautiful and lovingly-produced book that we hope will delight readers. As a 'new' writer, I've found this guidance absolutely invaluable, and I feel privileged to be a part of their burgeoning success.

So I send a huge thank you to them, and to everyone who's supported this project so far. If you're getting this by email, then that means YOU.

Yes, it’s funded, but an enticing stretch goal of 120% beckons. At that point I will have to compile a collection of the best bird photographs I took in 2016 (I am an amateur photographer, but luckily my camera is very clever) for the delectation of the book’s supporters. I'll be giving a bonus birdy treat to anyone who pledges before midnight tonight, 25th May. Do feel free to spread the word.

Oh, and here are those nuthatches (you can just see the chick's bill in the aperture to the bird box. I wonder how they are now? 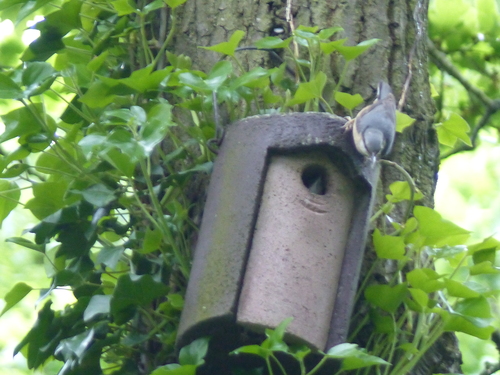 Would "Waving" have been a different book had you used Unbound then?

Nice, hope it's progressing well. Saw an elusive Jay in the garden, just a few minutes ago. Very exciting as they seemed to have cleared off a few years ago.