Why hot chips can give you hot spots

I was chatting yesterday to another ex-cop called Peter Kirham who told me a great story which I simply have to put in the book as an example of how a clever, quick crime solution is often possible if you use your brain.

He was working at Brixton in London at the time and new analysis software had just been introduced that collated reported crimes and generated crime 'hot spots' in order to show where the police should be directing their efforts. One of first locations to 'go red' was at the junction of Brixton Rd and Loughborough Rd. The (very keen) Inspector responsible for that sector decided to investigate, so he dug into the crime records and found that most street robberies were occuring at midday-ish. And both the alleged perpetrators and the victims were teenagers.

A little more digging revealed the truth of the matter. It was all about chips. 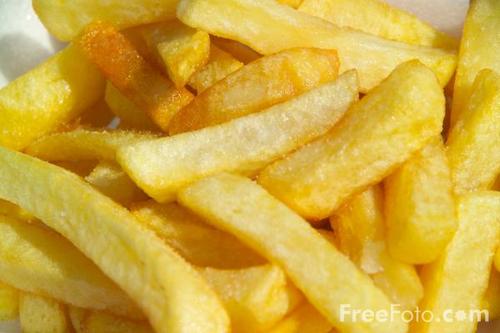 Nearby Stockwell Park School had recently embarked on a healthy eating campaign and chips had been taken off the lunchtime menu. So all of the kids were going out to local fast-food shops in the lunch breaks and some were robbing others of their dinner money. Of course, when the kids reported this to their parents, police were called and robberies were recorded.

The inspector therefore talked to the school, got chips put back on the menu, and suddenly the robbery figures dropped dramatically.

Now, I realise that the inspector's solution is only dealing with the symptoms of the problem rather than the cause. The issue here is that 'robbery' is a serious offence. And finding out that an area is a robbery hot spot is going to affect people's perception of the area. It's going to make people fearful. It might even affect things like house prices. What was happening here was, by legal definition, robbery. But the reality was that it was a serious form of bullying. That's the issue that needs to be dealt with as a matter of some priority - but it's not just a police issue. It will involve the school, parents and the kids themselves.

Meanwhile, if the school wants to run a healthy eating campaign, start with education, not removal of chips. At the very least, use lower calorie chips and less oil.

And lock the gates at lunch time.