It's wartime. The Germans are sending waves of bombers across the English Channel to blitz London and other cities. When the sirens start, so does the blackout; curtains are drawn, lights are doused and everyone heads for their Anderson shelters or huddle together on the platforms of Underground stations, praying for the best.

But what if you need to drive a car around? Or an ambulance? How do you negotiate obstacles in a city without lights?

What you do is get out the white paint. 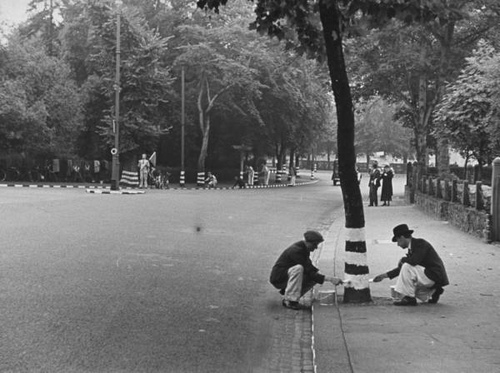 It became common practice to paint white marks on kerbs, trees, lamp posts and other objects; things that could be seen from ground level - even in dim light - but not by the Luftwaffe flying high overhead. 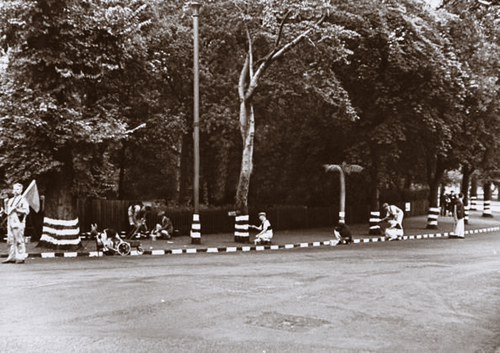 The system worked very well and few accidents occurred. And it was obviously a good quality paint because, astonishingly, the blackout lines can still just about be seen on some of the trees around Kew Gardens. 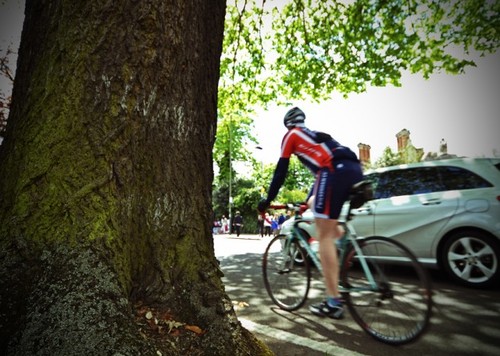 There has been a curious side-effect of painting lines around trees ... it's made us more aware of how trees grow. Extraordinarily, no one had ever given it much thought until it was noticed that the Kew trees had grown significantly taller in the 70 years since the war ended, but the white lines were still at the same height they were when painted. What it demonstrated is that trees don't grow evenly like humans do; they grow from the top.

'In humans and other animals growth can occur in most parts of the body. As we mature, our bones, skin and muscle all increase in size. Trees do not grow like this. Trees grow by producing new cells in a very limited number of places. These places of cell division are called meristems. Meristems are zones of intense activity. They are where all new cells are formed and where they expand. 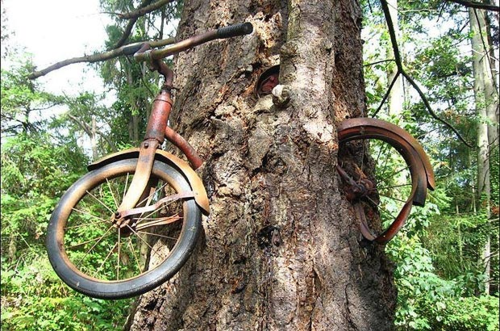 That is the result of the vascular cambium. The fence wire or board (or bicycle) doesn't rise into the air because height growth doesn't occur out of the ground, it only occurs from the branch tip; the whole twig doesn't extend. This is the reason why a nail pounded into a tree trunk never changes height. Or why the initials you carved into a tree as a child will still be in the same place when you're an adult.'

So now you know.