Last year, I travelled around the UK touring a talk called The Skeptical Bobby. The ‘tour’ took in over 70 venues including the Edinburgh Fringe, the Cornbury Festival, Latitude, QEDCon and lots and lots of Skeptic in the Pub meets. The theme of the talk was this: Skepticism isn’t just about UFOs, or religious dogma, or cryptozoology. Being a critical thinker should extend into every facet of everyday life: education, medicine, society, and law and order. I challenged the way that policing was done because I believed it to be wrong. I was by no means alone; many of my colleagues felt exactly the same way that I did. I also knew that it would take time for change to happen. To use a common cliché, you can’t turn a huge oil tanker around in five minutes. And the Met Police is huge – it has more staff than the Royal Navy. Change was always going to be slow. But it was worth fighting for and change did happen. That's what Why did the policeman cross the road? is all about.

Anyhoo, it seems to have suddenly got people pricking up their ears and, in just the last week, I've been approached to write articles for several magazines and newspapers. I linked to a feature in The Independent a few shedposts back and this month's issue of The Skeptic has a three-page feature by me on wheelie bins. Well, not just wheelie bins, but how wheelie bins are a great example of how cooperative communities can police their own streets and reduce burglaries. 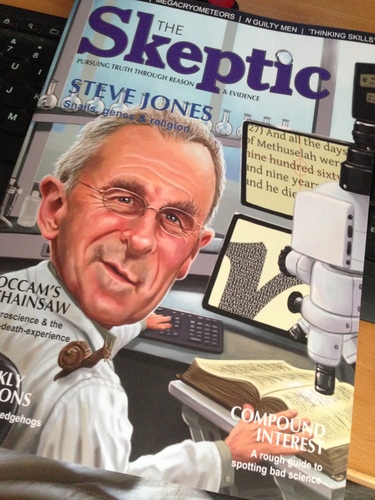 As I say in the article (which has someone coming home from work to discover they were the only house burgled in the street):

'You see, domestic burglars don’t want to meet residents. It just makes things messy, awkward and potentially disastrous. They like empty houses. But how do they identify them? One way is to check a street after the bin men have been. Then check back a couple of hours later. Chances are, anyone at home will have pulled their bins off the street. The remaining bins will most likely belong to people who are at work. And, handily, they usually have the number of the house they belong to stencilled on them.

‘How well do you know your neighbours?’ asks the police officer. ‘You could always ask them to pull your bin in for you if you’re out. It might prevent a repeat visit.’

Many burglars do return to the scene of the crime. And why wouldn’t they? They have all kinds of advantages on the second visit; they know how to get in, they know the layout of the place, and they know what goodies you have. Or have left, anyway.

So you speak to your neighbours and they’re happy to help. You agree to do the same for them. And, as it turns out, you hit it off. Next thing you know you’re being invited to a barbecue at theirs. And you wonder why you never bothered to say hello before.' 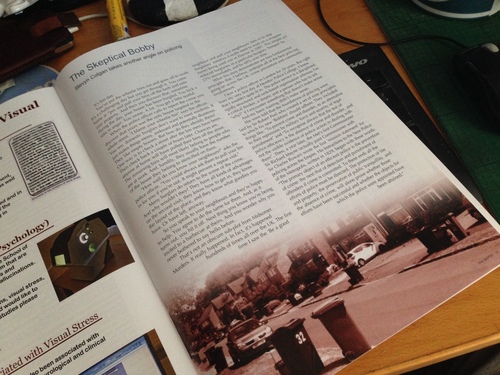 Expect more of the same as we get closer to the 100% funded mark!

I was interested to read this. Have you listened to the Podcast 'The Skeptic's Guide to the Universe". Brilliant - turned me into a critical thinker and a skeptic