The road to Utopia starts in Brighton

I had a splendid day out on Wednesday (20th) at the Brighton Fringe.

I was appearing, along with Dr David Bramwell and Robert Llewellyn, in a live edition of David's popular Odditorium podcasts and shows. Our theme was Utopia; how the world could be a better place.Or, more importantly, what we can do to make positive change happen. 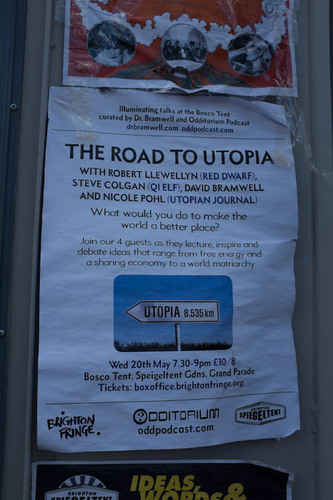 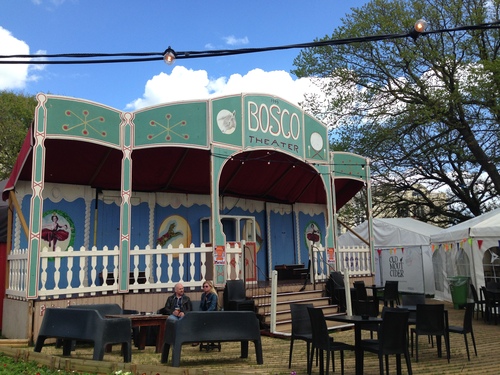 Performed in the Bosco Theater and splendidly MC'd by Nicole Pohl of Oxford Brookes University, the show gave the three of us an opportunity to give a short 20 minute talk about things we passionately believe in. I kicked it off with a talk about how to learn to not live in fear and how it is entirely possible to create an almost crime-free society. 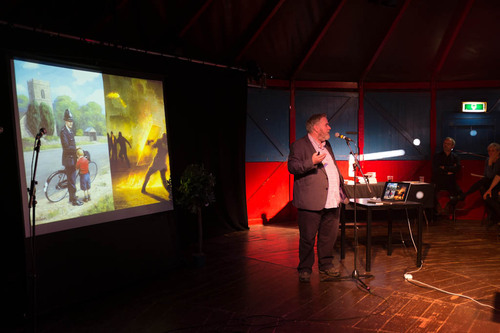 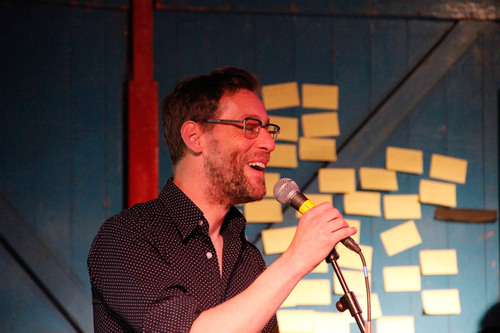 After an interval in which Nicole asked the 200+ audience to write suggestions on Post-It notes of ways to make the world a better place, Robert gave a talk about renewable energies, political will for change and his three Protopian novels, News from Gardenia, News from the Squares, and News from the Clouds in which the human race gets it right. 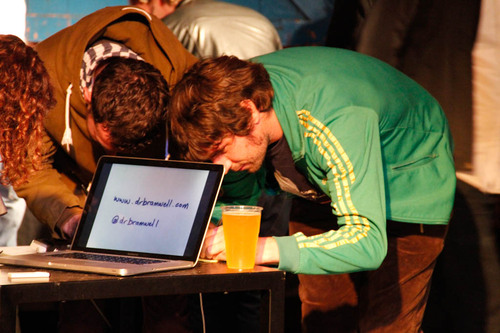 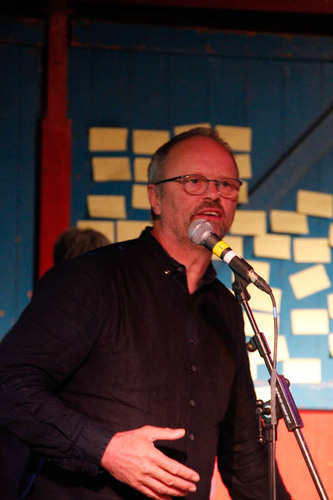 We rounded the event off with a lively discussion taking questions from the audience before Nicole fed back the results of the Post-It notes exercise. It was a joy to hear so much positivity among the suggestions from the room. 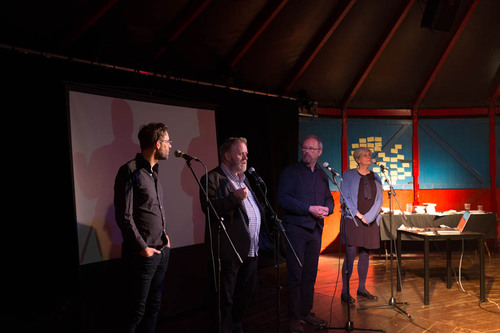 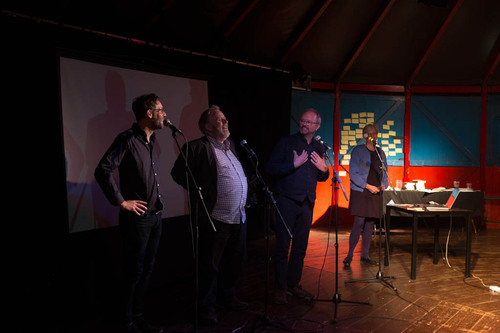 A great event to be involved in - we all enjoyed it so much that we're considering whether we can feasibly take it on the road.

Utopia could be coming to you.

yes yes yes to taking it on the road please!