The Pitfalls of Being Too Successful

94%! Just 33 more subscribers needed and we're there! Then I can get this labour of love to you!

But first, here's a story from Somerset ...

A friend of mine used to be a school governor in Somerset. The school stands next to a busy road on a steep hill. After several meetings with staff and parents, she approached the town council and asked for a pedestrian crossing or, at the very least, a school crossing patrol - a ‘lollipop man or lady’ –  on the hill because cars regularly drive at speeds far in excess of the 30mph speed limit. The council declined, stating that neither were needed as the hill wasn’t a ‘designated dangerous road’. When my friend pressed them for an explanation of why this was, she was told ‘No children have ever been killed’. She then pointed out that the reason no kids had ever been killed was because no parent would let their child cross such a fast and busy road unaccompanied; even adults felt nervous crossing it at peak times. All of which had led to parents driving their kids the short distance to school, adding to the rush hour chaos and tearing up nearby grass verges with their erratic parking. As a side issue, the kids who might have walked to school were getting more and more unfit.[1] But the council was unrepentant and unwilling to invest in the possibility of what might happen. 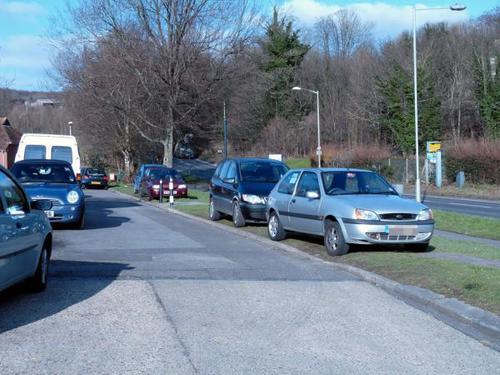 About a year later, a child (and father) were knocked down and the dad was seriously injured. The council put a crossing patrol in place almost immediately afterwards. Since then there have been no accidents of any kind. Consequently, some five years on, the road is now once again no longer designated as dangerous. And, ironically, with current budgetary belt-tightening going on, there is now talk about whether the school crossing patrol is justified. 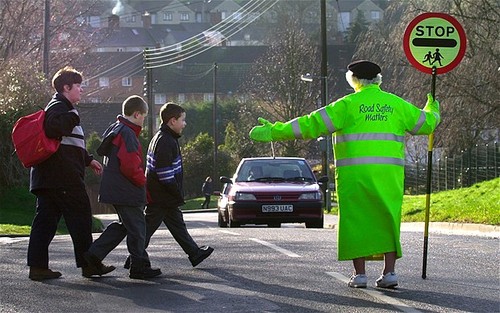 Sometimes you can be a victim of your own success ... and other people's short-sightedness.

[1] There is some evidence to suggest that children who walk to school perform better during the school day. A Danish study by two universities found that kids who walked had higher concentration levels and were sometimes up to half a year ahead in their studies. Another Canadian study suggests that exercise teaches the brain ‘elasticity’ and to use oxygen more efficiently. There is even a suggestion that regular walking reduces ADHD in some children. And there are other family benefits too. In surveys conducted by Living Streets, 90% of parents who walk to school said that it was quality time spent with their children and over a third said that the walk to school was when they found out the most about what was going on in their child’s life.

Goodyear, S. (2013) The Link Between Kids Who Walk or Bike to School and Concentration. Citylab  5th February 2013.