Taking the sea air in a sea chair

Ever heard of the Great Pacific Garbage Patch?

It's an area the size of Turkey in the North Pacific where several currents converge, bringing in all kinds of floating detritus and creating a Sargasso Sea of rubbish. Plastics account for a goodly proportion of the mess and many forms of plastic will take hundreds of years to bio-degrade. In the meantime, the plastics leach chemicals into the sea and provide a hazard to sea life. 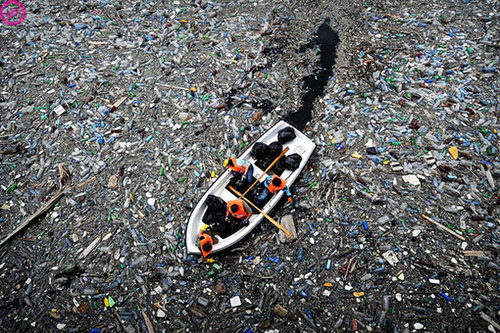 But just because plastics are not environmentally friendly, it doesn't mean that they're useless. In a brilliantly inspired piece of problem-solving, Alexander Groves and Azusa Murakami from London-based Studio Swine have invented this: the Sea Chair. 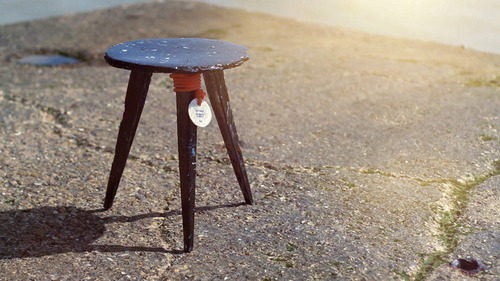 This is furniture made entirely from recycled plastic pulled out of the sea. And it costs nothing to make because the plastic is recovered and made re-usable by way of a solar-powered plastic extruder and 3D printer that can be used in remote locations where, for example, plastics wash up on beaches but there's no electricity source. Or, of course, at sea. Free furniture just using garbage and sunlight? Brilliant problem-solving. 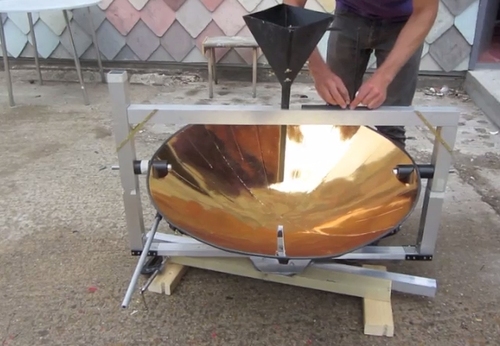 The team are currently seeking money via Kickstarter to run a full trial at sea. Fancy getting involved?

The potential is huge.

Now all we have to do is figure out what to do with all of the left-over loom bands.

That picture at the top isn't what it seems - it's the plastic build-up at the Vacha Dam in Bulgaria and the people trying to clear it are volunteers. There are similar river shots from Manila and New Delhi that are often used as an illustration of the Great Pacific Garbage Patch. In reality the patch is more like a fine soup of mostly microscopic particles with the largest items being around a centimetre across. Plastic in the oceans breaks down far more quickly than you'd imagine, not that the scale becomes any less horrific.

Cheers Craig. And you are completely right - I was just trying to use a strong image to highlight the content. A photo of the real GPGP isn't nearly as photogenic.

I didn't mean to seem nitpicky there, apologies :) It is a brilliant photo and comes from a story that's fascinating in itself. As always, the item you found to follow caught my interest and I'm intrigued to see how far it scales up :)