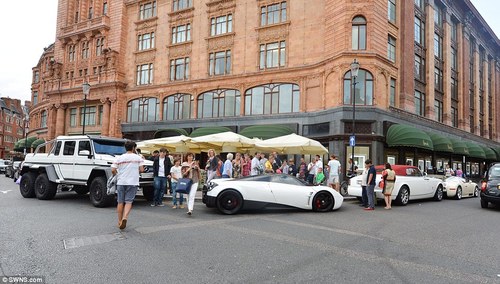 This is a common sight every Summer in the streets of Chelsea and Knightsbridge; hordes of young supercar owners, mostly from the Arab States, descend on London to basically show off what they own. And, for a fortnight or so, the streets are full of Rolls Royces, gold-plated Range Rovers, Ferraris, Lamborghinis and Bugattis. 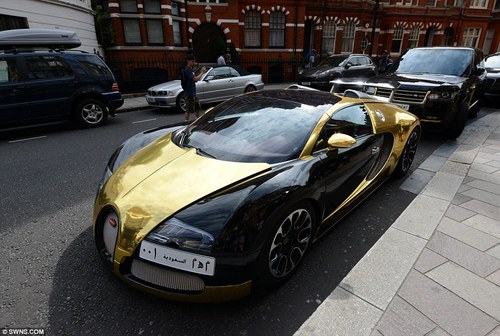 Residents complain about the noise of the cars revving and streets being used as race-tracks, often until late at night. And the council has to chase hundreds of thousands of pounds in unpaid parking fines; not that a few fines would be a problem for anyone who can afford to run a £1million+ Pagani Huayra, but tracing the owners is a nightmare as the vehicles are all registered abroad. The cars hog all of the parking spaces ... and the parking spaces that are marked as not parking spaces. And, of course, Arabic plates can't be read by traffic cameras.

To make matters worse, the 'Supercars Season' also attracts the supercar fans and they arrive in their hundreds to photograph the rare migrants and drool over expensive customisations. It's a problem. But what can the police or the council do? 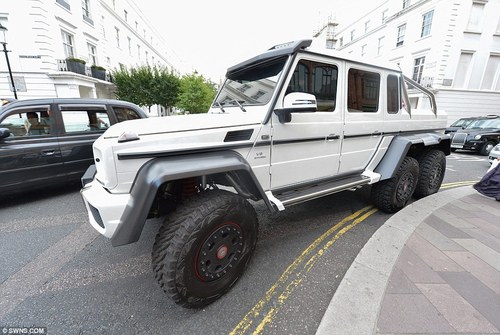 Yes, you can slap fines on the owners. They can afford them. You can clamp the cars or tow them to a pound. Again, the owners can afford the release fees. But some cars can't be clamped as their wheel arches are too small and/or the tyres are too fat to accommodate a 'boot'. And (look away now if easily annoyed) if a vehicle is towed or lifted, it is in the possession of the organisation that has done so. They are, therefore, possibly liable for any damage done during the removal. And one tiny scratch on a gold-plated million pound car is going to far outweigh a parking fine. 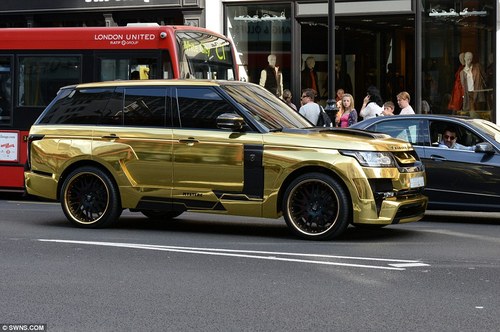 But there is a solution. In 2008, pressure was brought to bear on the embassies of the countries to which these vehicles belong. And embassies don't like bad press about their aristocracy, especially royalty, some of which own the offending cars. It means a loss of face, which is culturally a no-no. And so, as one social commentator reports:

'The Emir orders the customs agents to seize every car coming back from Europe, and has every guy interrogated. If it was a 'legit' summer trip, the cars were released. If not, they kept the cars as punishment for acting like fools and embarrassing the nation.They shipped the cars out to a corral in the desert, and I'm told there were over a hundred cars there at one point. No matter who these kids' parents were, no matter how connected they were, those cars were going to sit and rot. Little by little the cars were returned, but you can't begin to imagine what the Middle Eastern sun does to a Leather Lambo interior, let alone the paint, so many of these cars were essentially written off. Long story short... There are still cars sitting in the desert,rotting, covered in dust.' 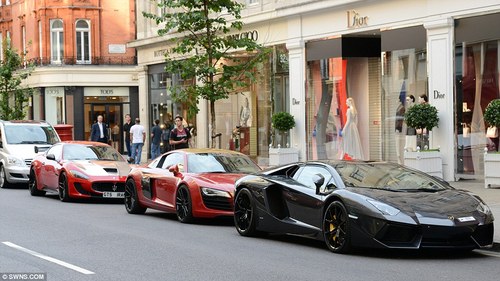 I'd be interested to see if this policy is still being employed and whether the number of supercars has been declining. Or, if 2008 was a one-off punishment, whether there was a drop in visiting 'exotics' in 2009. Something to look into I think.

Meanwhile, somewhere in the Cotswolds, a Clarkson gently weeps.