Seen at Bankside near the Tate Modern gallery today - bins that encourage kids to feed them. 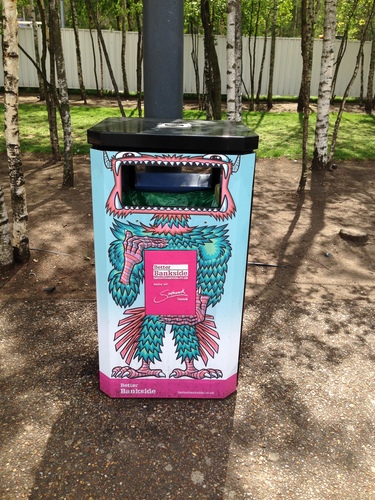 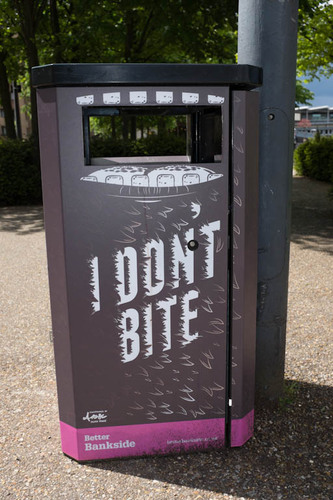 And, found online, a not-so subtle way to encourage both boys and girls not to steal school pencils ... 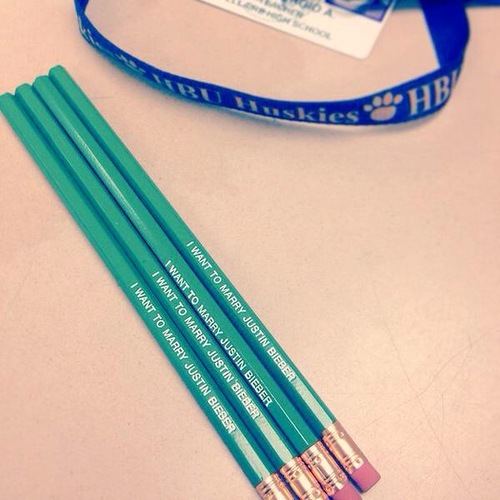 I remember from nearly 40 years ago similar bins, at Butlins Bognor Regis I believe, that were shaped like Humpty Dumpty and had a speaker that said "I'm a Humpty Dumpty rubbish bin, pick up your rubbish and pop it in." When you did throw something in the mouth it said "Thank you". I hunted for rubbish to throw it away so it must have worked.

(It's amazing what you remember from your childhood!)

Andrew - I love stuff like that! Somewhere in the early entries of this shed/blog there's a bin that simulates the noise of something being dropped down a deep mineshaft. That got kids looking for rubbish to drop in too.