Well, I'm FINALLY off that damned 39% plateau and have entered the roaring forties of fundedness. It must be time for a new shedpost. Though I do wonder how many people read this stuff. I don't really get much feedback. Don't be shy to leave a comment or say hello on Twitter. I am, rather uninventively, @stevyncolgan.

So. How do you stop quolls eating themselves to death?

Ah. Firstly, perhaps I should explain what a quoll is. It's a marsupial - sometimes called the marsupial cat - and it looks like this: 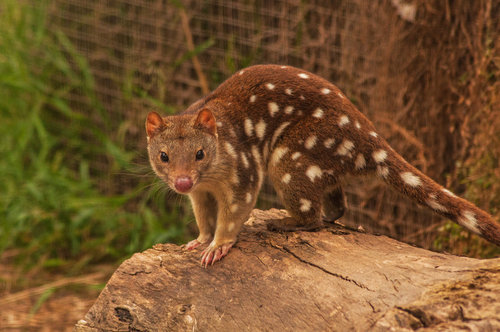 Quolls are carnivores and, just like cats, will take a wide range of prey. The problem is that one animal they prey on is the cane toad. Which looks like this: 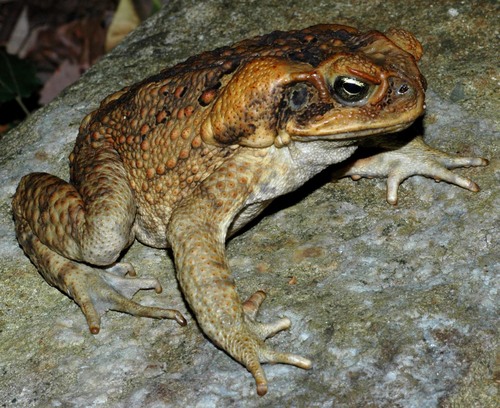 Cane toads are not native to Australia - they were imported in an attempt to control cane beetles in the Northern Territories. However, the toads - originally from the Americas - produce a toxic 'milk' from glands in their skin. And their tadpoles are poisonous. Consequently, Australian predatory fauna had no natural defence to the toxin and died in their thousands. And with no predators that could touch them, cane toad numbers exploded.

One animal whose wild population has been decimated by the arrival of cane toads is the quoll, which insists on eating them. Work is going on to reduce the cane toad population but how do you stop quolls eating them in the meantime?

The answer is to teach them not to.

In a brilliant piece of original thinking, Stephanie O’Donnell and Dr Jonno Webb from the Kakadu National Park have trained quolls to avoid the dangerous amphibians by using aversion therapy. Captured animals were fed 'toad sausages' made of non-poison bearing cane toad skin wrapped around tasty toad flesh that had been treated with a chemical that causes nausea but no permanent harm. The trained quolls soon learned to avoid the otherwise tasty treats.

Encouragingly, the toad-trained quolls survived much better than their untrained brothers and sisters after they were released back into the wild – despite the presence of plenty of toads. And there has been evidence to show that the offspring of the trained quolls also avoid cane toads, having been taught by their parents.

The idea is also now being used to train large predatory lizards like monitors and goanas.

You can read more about the cane toad problem here.

And you can read about the 'toad sausage' therapy here.

That's a great solution! Reminds me a bit of the thing where cows will avoid cattle grid painted onto the ground, and even their calves will avoid it as they learn the behaviour from their parents, despite having never seen a real cattle grid before.

42%... Good job! I'm enjoying your shed posts so keep writing them :) looking forward to the book being finished.