The media recently had a field day with an initiative by Leicester Police. Here's how SKY News reported it:

'A police force fully investigated attempted burglaries only at homes with an even number in a bid to see how they could save money.'

And the Daily Telegraph:

'Police only investigate attempted burglaries at even-numbered homes - A trial scheme in Leicestershire meant that people living in odd-numbered homes were treated differently to their neighbours.'

'A UK police force ordered officers not to investigate attempted burglaries at residential addresses for three months – if they occurred at odd-numbered houses.'

And, best of all, the Daily Mail:

'Police have been refusing to attend attempted burglaries at houses with odd-numbers in a bizarre cost-cutting measure.'

It says a great deal for the quality of reporting in the UK that the story was badly misreported and, in the case of the Mail and some other newspapers, downright misleading. Leicestershire Police didn't fail to 'fully investigate' attempted burglaries -  a police officer attended every crime scene and ALL attempted burglaries were fully investigated. Nor did they 'refuse' to attend anywhere - they simply made the decision not to send a forensic officer to some crime scenes for reasons I'll explain in a moment.

What actually happened was some smart evidence-led research into how police resources are used and perceived - EXACTLY what forces should be doing to ensure the best service and value for taxpayers' money. And, incidentally, the exercise wasn't even Leicestershire Police's idea, although they got all the flack. 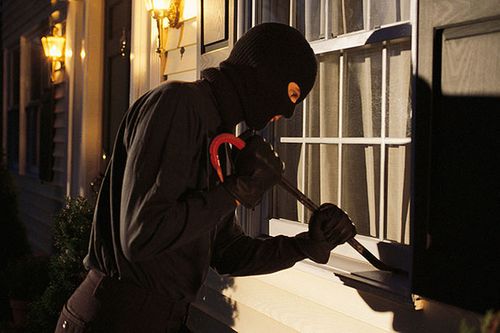 Earlier this year the East Midlands Special Operations Unit (EMSOU), which provides a range of services to Lincolnshire, Nottinghamshire, Derbyshire, Leicestershire and Northamptonshire, decided to run a pilot to assess the effectiveness of how it deploys forensic officers to potential crime scenes.

EMSOUs Forensic Services analysed records of a total of 1,172 attempted burglaries in the region, to which forensic officers had been deployed to recover evidence. However, despite each scene being visited, few were found to contain any forensic evidence, and only 33 suspects were identified as a result all these scene visits.

Accordingly, earlier this year a three month pilot project was run in the Leicestershire Force area. Under the pilot, it was decided that only half the scenes of attempted break-ins in Leicestershire would be visited by forensic officers to assess whether attendance or otherwise had any material impact on either investigative opportunities or victim satisfaction rates.

As a condition of accepting to host the trial, Leicestershire Police stipulated that all reported scenes of attempted burglaries would be visited by a police officer, and that any scene involving a vulnerable victim or believed to be part of a series of crimes would be visited by forensic officers.

For the purpose of the pilot, and to establish control samples, it was decided that properties which were the scenes of attempted burglaries with even house numbers would be visited, and those with odd numbers would not.

The pilot project found that the attendance or otherwise of forensic officers had no noticeable impact on victim satisfaction, and nor did it impact on the overall ratio of scenes visited and suspects identified.

It also produced useful data about the length of time crime scene investigators spent travelling to, and examining, potential crime scenes and the effectiveness of such activity in identifying suspects. The findings of the pilot will be closely scrutinised by EMSOU Forensic Services before any decision is taken about whether the five East Midlands Forces change their policy regarding the attendance of forensic officers at scenes of reported attempted burglary.

Jo Ashworth, Director of Forensic Sciences, EMSOU, said: 'The pilot was developed to look at what value forensic teams bring to the detection of attempt burglaries. At a time when we are operating within reduced budgets, it is even more critical that we make the absolute best use of our crime scene investigators time'.

Leicestershire's Deputy Chief Constable Roger Bannister said the pilot was just one piece of a whole programme of research to help develop the most cost effective policing model to protect the public. He said: 'The public would expect us to make the very best possible use of our time and limited resources to have the biggest impact on public safety and the prevention and detection of crime. This pilot suggests that we may need to reconsider how best to deploy crime scene investigators, especially if we are currently sending them automatically to scenes where, despite their professionalism and expertise, there is no evidence for them to retrieve.' 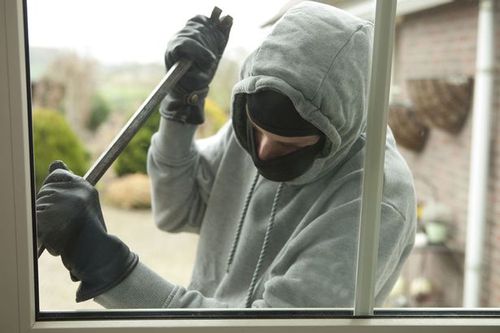 That's a very different story to the one that appeared in the newspapers isn't it? And that's despite all of this information being available to them when they wrote their misleading stories.

Of course, underlying all of this is the sad fact that the police service is facing savage cuts in funding, resources and staffing levels and something has got to give. How you identify that 'something' is research and analysis - exactly what EMSOU did here.

If only the media could be as professional.

With thanks to Leicester Police Press Office.

Yep, this is my local force and the PCSOs we come into contact with through work were exasperated at trying to explain this to people who stopped them on the street for a rant.

Mind you, there's another part of the story that isn't clear. For the last year or so Leicestershire Police have earned a negative reputation in certain areas when it comes to crimes at business properties. I know a couple who had their business unit broken into, and goods loaded into their van, which was then stolen. The couple knew who did it and could provide names and addresses.

Unfortunately the officer who visited said they wouldn't run to forensics even though there were clear fingerprints around the window, and just advised them to claim on their insurance instead; that was the last they heard. Since then I've heard a lot of other cases when businesses have been advised to claim and move on and no investigation has been forthcoming.

I suspect the number of these cases is quite small but word gets around. Quite a few people I heard discussing the odd numbers stories seemed to connect them to this apocryphal information and draw their own conclusions.

For the record, Leicestershire Police do a hell of a lot with very little - we're one of the worst funded counties per capita in the country - and, as you know well, smart thinking is often harder to explain to the layman.

Maybe this book will help ;)