Chances are you've heard the story about how Chevrolet had problems marketing the Chevy Nova in Latin America. Since no va means ‘it doesn't go’ in Spanish, the oft-repeated story goes, Latin American car buyers shunned the car, forcing Chevrolet to embarrassedly pull the car out of the market.

Chevrolet's woes are often cited as an example of how good intentions can go wrong when it comes to translation. There are literally thousands of references to the incident on the Internet, and the Nova example has been mentioned in textbooks and often comes up during presentations on cultural differences and advertising. 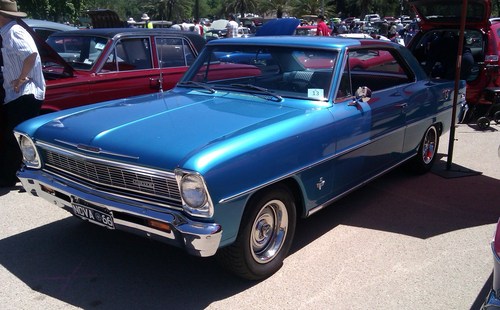 But there's one major problem with the story: it never happened. As a matter of fact, Chevrolet did reasonably well with the Nova in Latin America, even exceeding its sales projections in Venezuela. The story of the Chevy Nova is a classic urban myth, a story that is told and retold so often that it is believed to be true even though it isn't. Like most other urban myths, there is some element of truth in the story (no va does indeed mean ‘it doesn't go’) or, at least, enough truth to keep the story alive.
But even if you couldn't confirm or reject the story by looking into history, you might notice some problems with it if you understand Spanish better than those who spread the story.

For starters, nova and no va are unlikely to be confused, just as ‘carpet’ and ‘car pet’ are unlikely to be confused in English. Additionally, no va would be an awkward way in Spanish to describe a nonfunctioning car (no funciona, among others, would do better), just as in English we'd be more likely to say ‘it doesn't run’ than ‘it doesn't go.’ Additionally, as in English, nova when used in a brand name can convey the sense of newness. There's even a Mexican gasoline that goes by that brand name, so it seems unlikely that the name alone could doom a car.

And, let's be honest, it does strain credibility to believe that a company as large as General Motors, with marketing executives and other employees and contacts throughout the world, wouldn't be aware of a negative meaning of a product name. In fact, according to one marketing analyst (Cecelia Bouleau, quoted in Business Mexico magazine), GM marketers discussed the possibility of confusion with the name, but ‘they kept the name and it sold very well. ... I think that the word is sufficiently incorporated into the language as meaning 'new' — as in bossa nova — that the criticism isn't valid.’

Don’t believe everything you read.

Source: The Chevy Nova That Didn't Go by Gerald Erichsen.

However the Vauxhall Nova was called the Opel Corsa on the continent, including Spain.

It was indeed. But I seem to recall that most Vauxhall models had differently-named Opel equivalents. The Cavalier, for example, was the Manta.