I got sent this image today by Daniel John Bennett who saw me speak recently at the London Behavioural Economics Meetup. 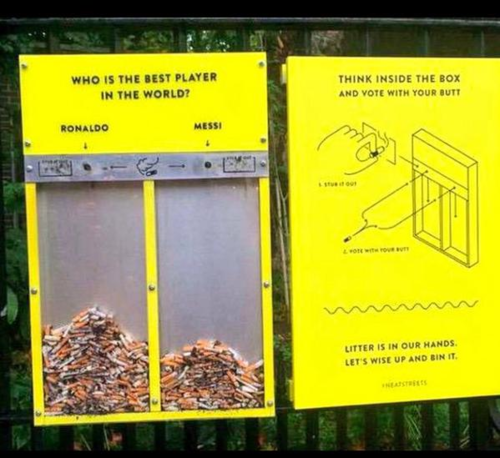 He contacted me via Twitter, saying: 'Good nudge to stop littering, or bad nudge as it potentially changes perception of smoking to be cool/interactive?'

It's an interesting question isn't it? My gut reaction is to champion anything that stops smokers dropping their butts on the pavement. For some reason, many smokers think that this is acceptable behaviour. But is it really? After all, it's littering, as surely as if they'd dropped packaging from a sandwich or a chocolate bar. Anything that encourages people to bin their butts responsibility is a good thing,

What we have here is essentially a cigarette disposal bin but one that invites participation rather than passively sitting there. Whether it makes smoking 'cool' is debatable, however; I would have thought that the smokers already know the answer to that question. And, besides, the butt bin doesn't give you quite the reward you get from things like 'Gum Targets' - those boards that encourage you to stick your gum on them rather than on the floor. They're very effective because of the pleasure involved in squidging your gum in a less-than-popular person's face. Just adding a butt to a pile of butts hasn't quite got the same fun factor. Or, indeed, the 'cool' factor of showing off to your mates as you stick your gum where the sun don't shine on a poster of Miley Cyrus twerking. 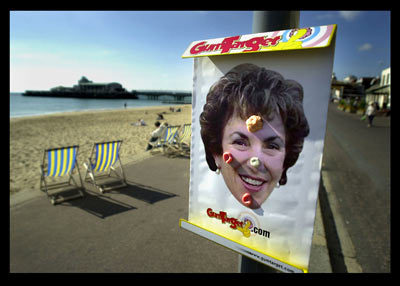 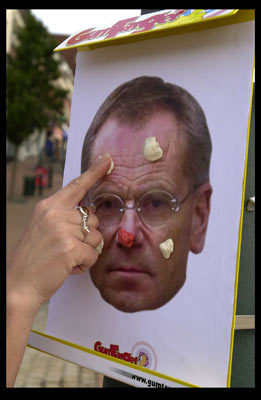 In Australia, Sydney street cleaners collect about 15,000 cigarette butts daily. That adds up to millions each year, contributing to significant environmental, social and economic problems. So the city started giving out free, personal ash trays for smokers to bin their butts. 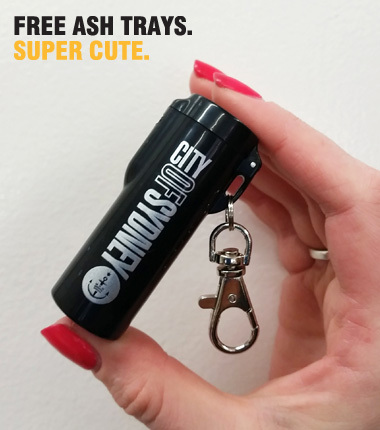 But what do you do with all of those gathered in ciggie butts? (845,000 tons annually worldwide, by one estimate.)

Surprisingly, they may have some commercial worth.

In Canada, they're recycling them into a variety of industrial products, such as plastic pallets. The butts are made from cellulose acetate.

And in India and China, they're looking at extracting chemicals from butts to use as corrosion inhibiting treatments for steel pipelines.

In Brazil, a fashion designer, Alexandra Guerrero, cleans cigarette butts, dyes them and spins them with sheep wool into clothing.

And in Ohio, an inventor has a patent pending to turn cigarette butts into adhesives and sealants.

If we can't get rid of smoking altogether, we can at least be smarter with dealing with the litter that results from it.